Fresh after the reveal of the refreshed XF, Jaguar has shown off an updated version of its top XJ sedan. The current XJ is now nearly six years old but is still the most striking car in its segment. The refresh doesn't bring any revolutionary changes but simply builds on the XJ's design. Changes include new full LED headlamps with smart daytime running lamps, as well as new LED tail lamps and oval exhaust tips. More comprehensive changes occur on the inside. In 2009 the XJ's all digital instrument cluster was space age but today it looks a bit dated. The new one promises sharper graphics as well as an integrated navigation feature. The infotainment system is brand new as well and behind that touch screen display is Jaguar's new InControl Touch Pro system that works off a quad core Intel processor and has a 60GB hard drive. The previously optional 17-speaker Meridian sound-system is now standard and in its place is a mammoth 1300 watt 26-speaker system. 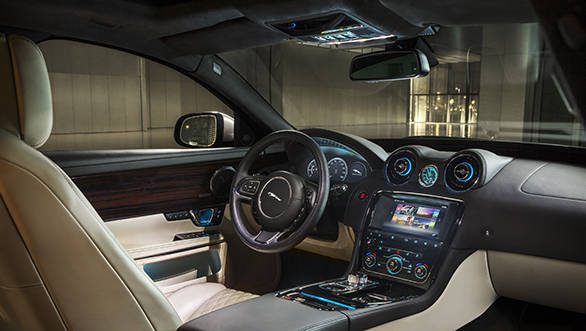 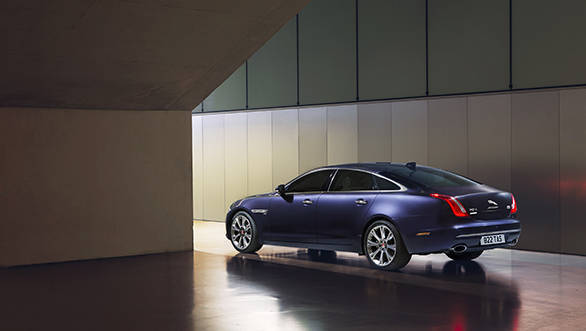 Mechanical changes include a new electrically assisted steering system on all rear wheel drive models. The engine choices remain the same but the XJ now benefits from Jaguar's new All-surface Progress Control. ASPC is essentially a low speed cruise control system that uses both the brakes and throttle as well as the ESP system to ensure the driver to smoothly set off on low friction surfaces like snow or ice. It works between 3.6 and 30kmph and once set all the driver has to do is steer the car. Additional features include adaptive cruise control, 360° surround camera system and semi-automated perpendicular and parallel-parking. The XJ goes on sale in the later part of 2015 internationally and we expect it here sometime next year.