The 2016 MRF MMSC FMSCI Indian National Motorcycle Racing Championship has kicked off with the Rolon round at the Kari Motor Speedway in Coimbatore. The championship consists of 20 races and a total of 250 entries. Three major Indian manufacturers are taking part in the championship, namely TVS, Honda and Suzuki. 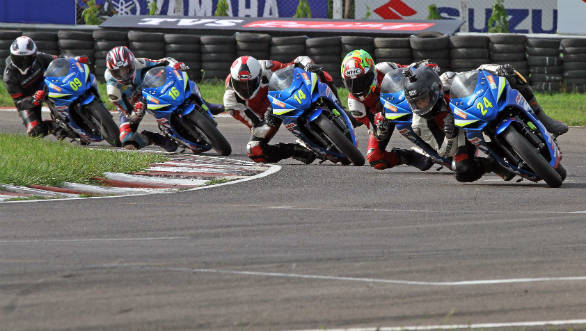 The championship has also received a minor refresh in the naming of the categories, now known as Stock 165, Pro-Stock 165 and Super Sport Indian 165 (previous went by Group D Novice, Group D Open and Group B). The Super Sport Indian 165 class will have seasoned riders with international exposure take on each other. One-make races for each of the three manufacturers are also scheduled, with Novice and Open races per manufacturer. 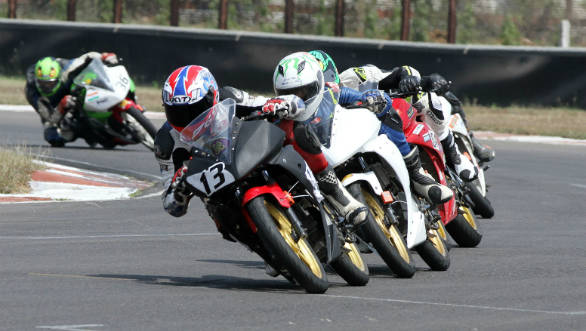 TVS has upgraded their machines this season, with the Apache RTR 200 replacing the RTR 180. The Novice Honda races will use the CBR 150, while the open races will feature the CBR 250. The Suzuki Gixxer Cup will use the Gixer 150 SF in both categories.

As a championship first, two women's races have also been scheduled, with support from TVS and Honda. Expect to see all of the seasoned teams this time round, including Ten10 Racing, Apex Racing and Moto-Rev Yamaha Factory Racing.

As per the schedule, the MMSC FMSCI Indian National Motorcycle Racing Championship will kick off with breiing and practice on Friday, followed by qualifying and seven races on Saturday. The remaining 13 races will take place on Sunday.