Ferrari's range starter model, the California T, has already proved its mettle as one of the best grand tourers available in the market. The new California T offers the best in terms of handling and performance. Ferrari has now introduced a Handling Speciale (HS) option to further boost the dynamics of the Italian roadster. 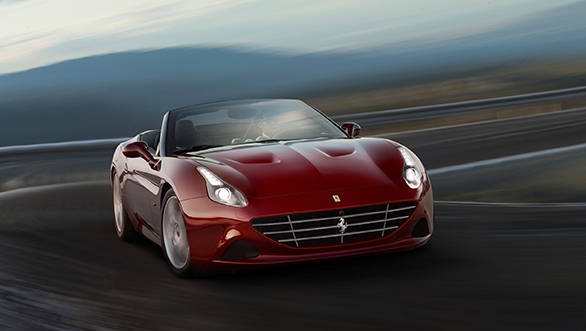 With the Handling Speciale option, the 2016 California T gets new damper settings and a stiffer suspension setup - the stiffness of the front springs has gone up by 16 per cent and that of the rear by 19 per cent. The revised settings have also improved high speed stability as well as reduced the body roll, dive and pitch. The improved dynamics come at the cost of ride comfort but the feedback is now claimed to be more aggressive.

The gear-shift logic in the Sport mode has been tweaked, resulting in more precise and sportier gear engagement during both up- and down-shifts. The revised F1-Trac logic program has improved the acceleration response. This comes in handy when exiting corners or on bumpy road surfaces.

In the past, the California T's V8 has received some criticism for its exhaust note because it was the first modern Ferrari to feature a turbocharger. But with the new package, this issue has been taken care of. The redesigned exhaust system with two primary pipes in the silencer produce a sporty note that increases in volume with the rise in engine speed. Ferrari claims that the new exhaust was developed along with the engine and the gearbox software to make it resonate the exact response under different driving conditions. 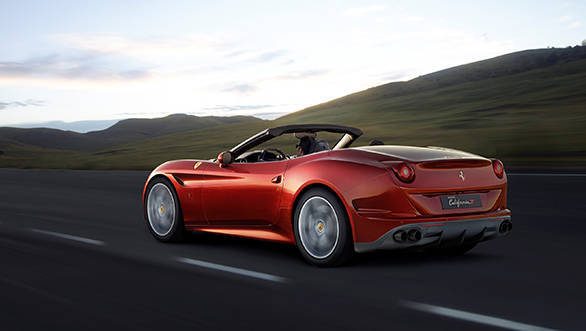 To make the California T with HS look distinct, there is a new front grille and rear diffuser done in matte Grigio Ferro colour along with matte black tailpipes. Inside, there is a special plaque to indicate it's the HS  model.

The new Ferrari California T is powered by a 3,855cc V8 engine that generates 560PS of power and 755Nm of torque. It has a claimed max speed of 316kmph and can do 0 to 100kmph in 3.6 seconds. The new HS model will make its official debut at the upcoming Geneva International Motor Show.