Yamaha will showcase the MT-10 tomorrow at the Auto Expo 2016, and will also announce its plans to launch the motorcycle in India. The Yamaha MT-10 is the super-naked version of the Yamaha YZF-R1, and was first unveiled at EICMA 2015. The MT-10 runs the same 998cc crossplane engine that produces 165PS and 101Nm of torque (expected). However, Yamaha has played around with this engine a little to increase the mid range. Changes include a new intake, exhaust and fueling systems, while the steel connecting rods are borrowed from the low-spec YZF-R1S (instead of the titanium con rods on the top-spec R1). The MT-10 also gets the same deltabox frame, swingarm, suspension and electronics package from the R1. Yamaha has also incorporated its D-Mode software that allows the rider to select from three riding modes. The MT-10 gets a three-mode traction control system as well. Suspension duties are handled by 43mm KYB inverted forks up front and an adjustable KYB monoshock at the rear. With ABS as standard, the Yamaha MT-10's front braking system comprises of 320mm floating discs with 4-pot Nissin calipers, while the rear gets a 220mm disc. 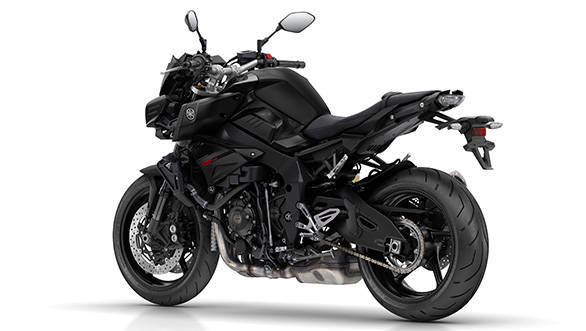 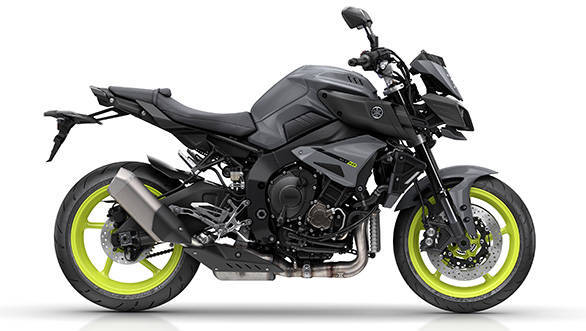 The Yamaha MT-10 will be launched in India shortly after its Europe launch. This motorcycle will initially be sold as a CBU here, but Yamaha is considering selling it as a CKD unit eventually to help bring down the price. However, the R1 will remain a CBU because of its flagship status. Although it is too early to give an exact price on the MT-10, we expect it to cost Rs 18 lakh.

For more news on the 2016 Auto Expo, click here