Amid the highlights at the Chevrolet pavilion (that included the Corvette Stingray and the Camaro), there was a little treat for football fans. Louis Saha, known best for his tenure with Manchester United, was present for a 'meet and greet' session with winners of Chevrolet's 'selfie with legend' Facebook contest. Apart from getting to meet the French footballer, contest winners received autographed tee-shirts from Chevrolet. 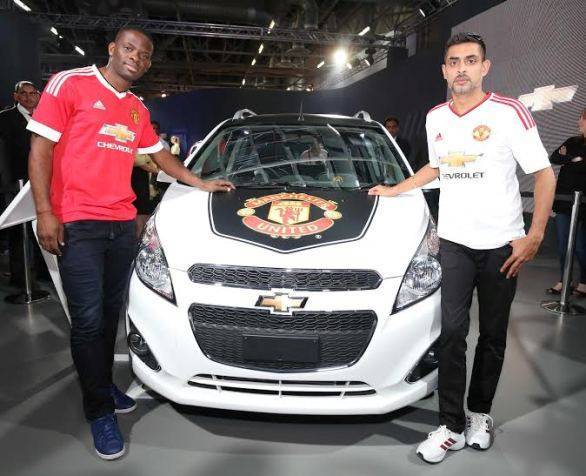 Chevrolet also launched an Oculus Rift Virtual Experience called Colorado Co-driver. The 7-D game allows users to navigate a simulated road trip in a Chevy Colorado pick-up, with the New Zealand landscape as a backdrop.
The other virtual game launched was a football experience called Passabilities. Aimed at Man United fans, the game allows users to don the jersey of the hugely popular football club, and play in a simulated match that will be captured using a custom-designed app. The app also has a provision for capturing a short film of users "passing the ball to and from members of the team."

Each pass, Chevrolet says, will be a contribution to the One World Play Project through which the American manufacturer plans to donate 2 million footballs that would reach out to 60 million children across 90 countries across the globe.