2015 Superprestigio: Marc Marquez sets the pace in practice at Barcelona

With the MotoGP and WSBK championships having finished for the year, most of racers leave their road-racing bikes behind and hit the dirt tracks. There isn't an event quite like the Superprestigio though. The practice round for this year's event ended on Friday with Marc Marquez leading the time sheet in the Superprestigio class with a timing of 11.7 seconds followed by Toni Elias (11.866 seconds) and Marcos Ramírez (12.137 seconds). 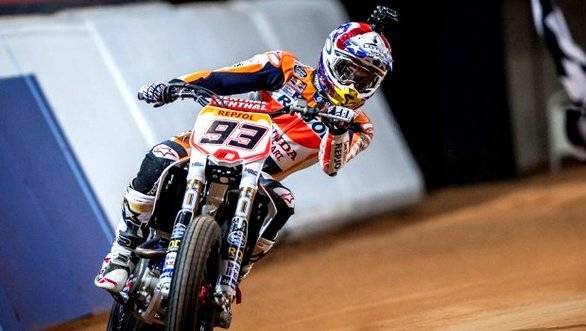 "It will be even more difficult this year but we will try to do our best as always. Dirt track races are very short. The start is very important. Sometimes you really need this luck, like I had last year. I was able to win but when you consider the start I nearly crashed and went wide. They are interesting races and really, really tight," said Marquez. 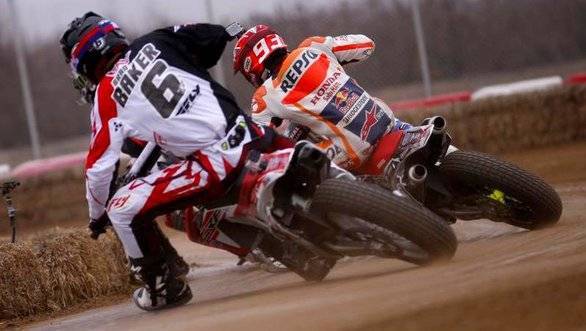 In the Open class, Brad Baker was the fastest rider with 11.917 seconds followed by Ferran Cardús (11.949) and Jared Mees (11.978). Mees, the current AMA Flat Track champion from the United States, swapped bikes with Marquez during practice for a few laps.

"I feel his bike has much more grip. Both are Hondas, but they are completely different. I ride my bike using mostly the front Wheel, and his is basically the opposite!" stated Marquez after the practice session.