2015 Skoda Rapid to be launched in India on September 25

We know its raining launches this September and adding one more to the list is Skoda. Skoda's updated Rapid will be launched in India on September 25. While visually the car looks the same as the outgoing one, the presence of a Black package' means that the already handsome car looks even more dashing. The package brings with it matte black grille, black accents for the head and fog lamps, black ORVMs and alloys. Inside the cabin, the beige and black theme continues and the build quality and plastics feel premium. 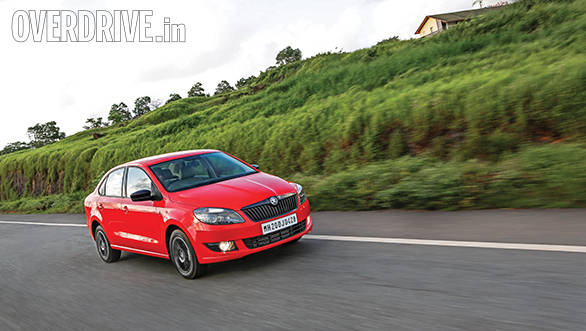 The biggest change for the Rapid though has happened under the hood. Skoda have plonked the 1.5TDI engine from the new Polo into the Rapid. This common rail turbo diesel makes 105PS of power and 250Nm of torque. This engine is mated to two transmissions, a five-speed manual and a seven-speed DSG box. With the manual transmission, Skoda claims 21.14kmpl fuel efficiency while with the auto it increases to 21.6kmpl. The petrol engine in the meanwhile is the same 1.6MPI motor which makes 105PS and 153Nm of torque. It again comes with five-speed manual and six-speed automatic transmissions.

Expect the new Rapid to be priced a tad more than the outgoing car.

Read our review of the new Rapid 1.5 DSG 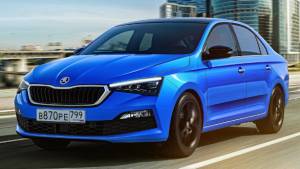 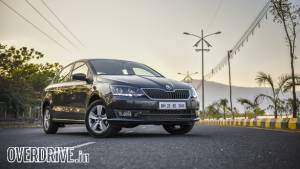 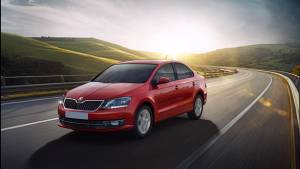