The Audi Sport Team WRT began their 24 hour racing debut in style by narrowly beating BMW Team Marc VDS at the Nürburgring 24 Hours. The Audi R8 LMS GT3 beat the BMW Z4 GT3 by 40 seconds. The race was extremely close and the lead changed 35 times during the 24 hours. 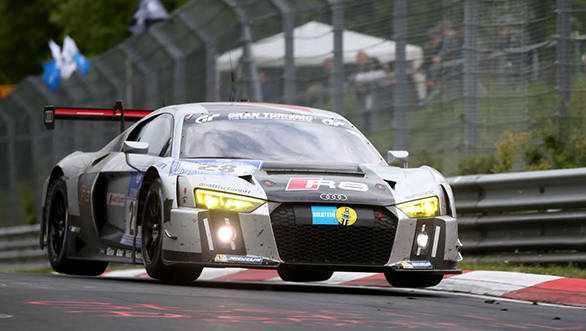 The No.28 Audi R8 LMS beat the second-placed BMW Z4 GT3 by a narrow 40 second margin

Halfway through the race, the fight for victory was either between the No. 28 R8 LMS car or the No. 25 BMW Z4, depending on how many pitstops each had made. However, in the latter stages of the race, the Belgian Audi team pulled away from their fellow German competition thanks to a concerted effort from their drivers. When the 24 hours were up, it was Vincent Vosse's team that took its first win at the 24 hour race. Needless to say, the drivers Christopher Mies, Edward Sandstrom, Nico Müller and Laurens Vanthoor were delighted, as it was their first ever win at the event. 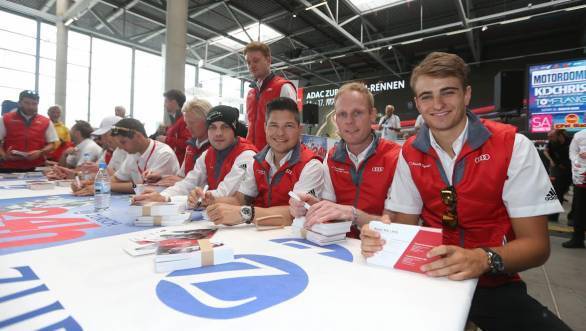 An ecstatic Vincent Vosse said, "We've already won the Spa 24 Hours with Audi and now we achieved success on the Nürburgring as well. My thanks for this go to a motivated squad, four talented drivers and to Audi Sport customer racing for their solid support. We're very happy that we can thank Audi by taking the first 24-hour victory of the new race car."

The BMW Z4 which trailed the Audi across the finish line was driven by Maxime Martin, Lucas Luhr, Markus Paltalla and Richard Westbrook. The team set the pace during the early part of the race but unfortunate accidents during the later stages of the race as well as in the pits meant they had to settle for second.

The Falken Motorsports Porsche 997 GT3 R car passed the chequered flag third. However, they finished a lap down on the leaders. Drivers Peter Dumbreck, Wolf Henzler, Martin Ragginger and Alexandre Imperatori claimed the last spot on the podium.