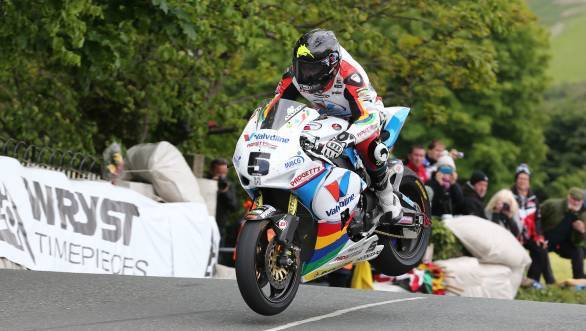 Finishing third on the podium was James Hillier, who managed to catch and then prevent John McGuinness from pipping him during the race. Although for a large part of the Superbike TT it did look like Michael Dunlop would manage to take another podium, things came undone for the Buildbase BMW rider when he crashed on the final lap. The Tyco BMW of William Dunlop finished fifth, with Michael Rutter, astride a Penz13.com BMW finishing sixth, the last of the finishers in the red-flagged race. 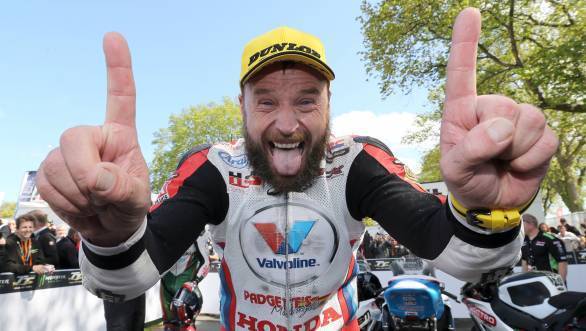 All smiles is Anstey, pleased at a tenth win at the Isle of Man

Other high-profile non-finishers at the Superbike TT were Guy Martin, Gary Johnson and Conor Cummins.