Ford will be officially unveiling the new Endeavour tomorrow, however we have our hands on the first official images of the new SUV and all the important information.

The Endeavour is inspired by the new Ranger pickup, from where it borrows its platform. It looks butch and more intimidating than before. The SUV stays true to its concept form which was first showcased in Australia. Inside the cabin while things still look simple, there are added features in the form of Sync 2 enabled touchscreen music system which can be activated via voice input. The touchscreen system also houses Bluetooth, multimedia and climate controls. A new Active Noise Cancellation is also being offered in the Endeavour. Ford says that this feature reduces the external noise inside the cabin. Additionally the new Ford Endeavour also gets a sunroof and as many as 30 storage spaces. 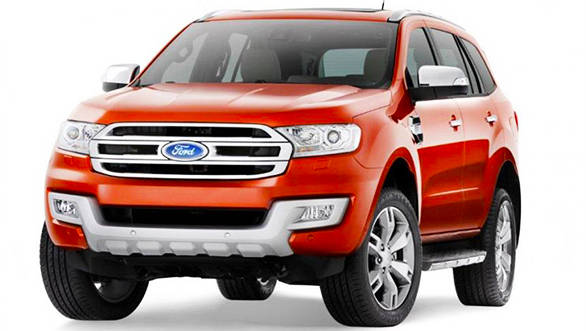 Ford has paid special attention to the Endeavour's off-road capabilities. The SUV comes with Terrain Management System which gets four settings - Gravel, Snow, Sand and Normal. The ground clearance is 225mm and the new Endeavour has a lockable torque on demand 4x4 system with an active transfer case. On the safety front there is adaptive cruise control, blind spot warning and a cross-traffic alert system. Ford has placed seven airbags in the new Endeavour. 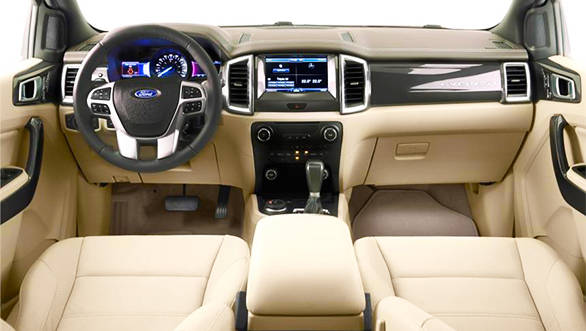 There are three engine options being offered with the new Endeavour. These include a 2.0-litre EcoBoost engine and two diesels - 2.2-litre and 3.2-litre. Depending on the markets in which the Endeavour will be sold, customers can specify their SUV with a 6-speed manual or automatic transmission and with all-wheel or two-wheel drive configurations. As for India, it will be one of the nine markets where Ford will sell the new Endeavour as the Everest. We may get the 2.2-litre motor in both manual and automatic guises.

Ford is expected to launch the new Endeavour here sometime in 2015. It will come in via the CKD route from Thailand. 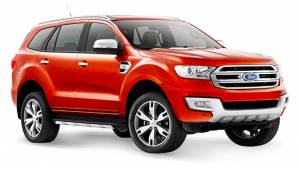