Suzuki has unveiled two new concept cars at Geneva - the iK-2 and the iM-4, both based on an all new platform. The iK-2 is a new compact hatchback concept that appears to be a Hyundai i20 rival (lower-case 'i' and all). The iK-2 features a new design concept unlike anything we've seen from Maruti to date with flowing lines and a low, wide silhouette.

The concept is just over four metres long which Maruti should be able to easily tweak for it to fit under the sub-4m mark. The big news, however, is the new petrol engine under the hood. Suzuki calls it the 1.0-litre Boosterjet and isn't saying much except that it will feature direct injection and turbocharging. 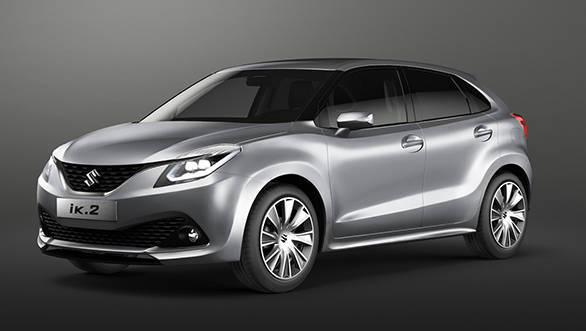 The iM-4 on the other hand is Suzuki's take on a compact SUV. It features a squared out design that is intended to max out practicality but also features some styling details like blacked out A- and B-pillars, a clamshell bonnet and various styling garnishes. It features a 4WD system that Suzuki claims is capable enough of tackling snow or unpaved roads.

What's most interesting about this concept is the new mild hybrid system called SHVS (Smart Hybrid Vehicle by Suzuki). The system uses what Suzuki calls an Integrated Starter Generator that, 'provides engine power assistance using the motor and achieves efficient power generation'. Lithium batteries store energy generated by a regenerative braking system that helps power the car. Suzuki says the system not only boosts efficiency and cuts CO2 emissions but also helps keep down size, weight and cost as against other hybrid systems.