Even as the Rally of Sweden is underway, the Volkswagen camp might be breaking out into a little bit of a sweat. The team appears to be missing one of their Polo WRCs and it appears to have turned up at the 2014 Auto Expo. 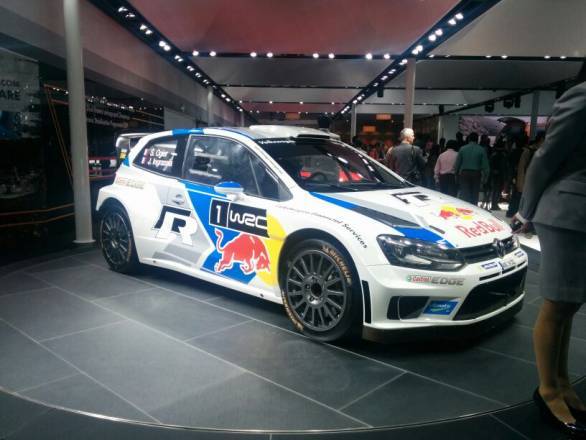 In combination with Sebastien Ogier's driving prowess and Julian Ingrassia's navigational skills, the Polo R WRC simply decimated the opposition in 2013, making Citroen go crying into one corner and M-Sport Ford into the other. With the R logo emblazoned on the side, an air intake in front and a spoiler at the rear, this here is quite a looker. Sure, it only has a 1.6-litre engine, but that's clearly all you need to win the WRC (if you're Seb Ogier, that is).