With the Kia Carens firmly in its sights, Maruti has given the XL6 a much-needed boost to zoom in closer on their target. A larger engine and better features are the core changes integrated into the new XL6, and along with that minor cosmetic updates to sweeten the pot. One thing is for certain, given the shortages in chips and the supply chain issues, compounded by a surge in demand for the Maruti Eritga and the Kia Carens, it's quite possible that more consumers would appreciate the new XL6 filling up a space in between those two MPVs. With this, does the XL6 have what it takes to draw consumers to it, a quick drive in Bangalore gave us a few insights. 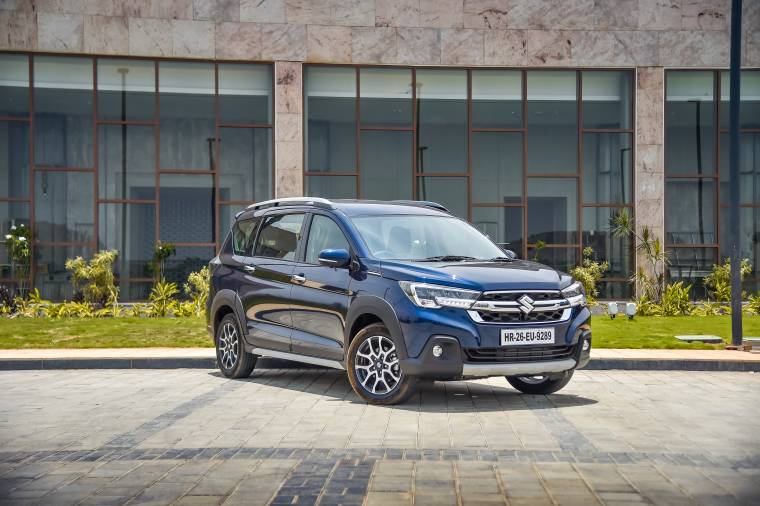 On the cosmetic front, the new XL6 has some minor detail changes that don't necessarily differentiate it from the outgoing model. The revised grille design, the updated tail lamps, the roof spoiler and the shark fin antennae don't entirely give it a very fresh look. Maruti could have done more, especially at the front end to make it appear more new! 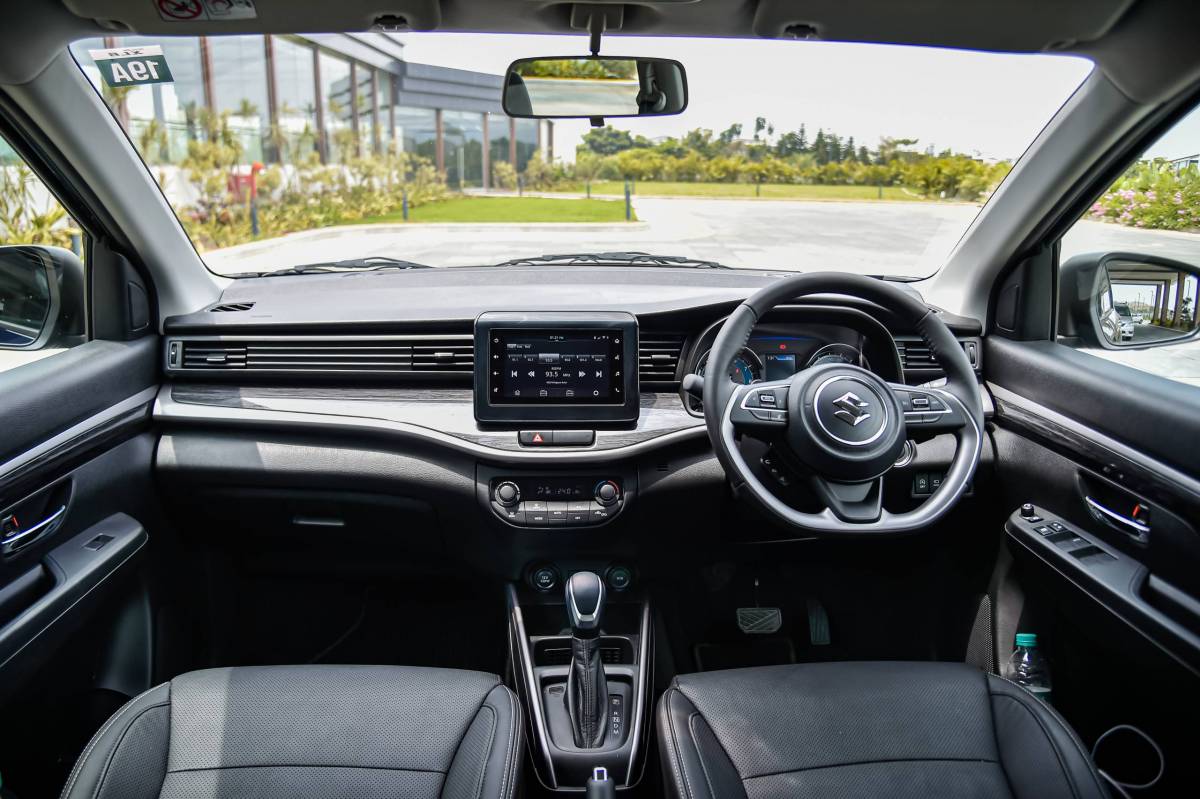 Maruti could have also done more on the interior than just the freshened up dashboard panel and the larger 7" infotainment screen. The dashboard panel has a wood like texture, but it's clearly plastic. On it sits the larger touchscreen, which too with its dark modes like a black screen with dull white typography and minimal colours lacks the flourish to make it look upmarket and premium. The position of the larger screen by the way also blocks out minutely the airflow from the air-con vent that's on the driver's side. This screen has been mounted offset to the transmission tunnel line to reduce the blockage but it's not entirely an effective positioning. 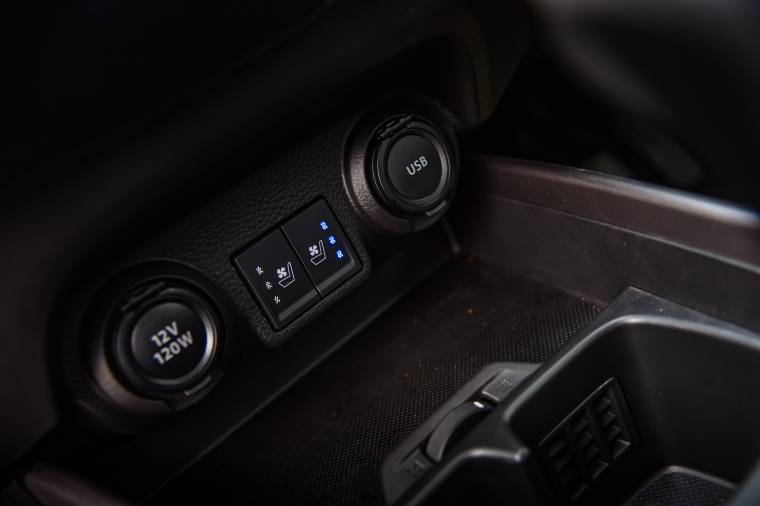 Cooling though isn't affected much since Maruti have added ventilated seats for the front passengers. That is a significantly welcome addition, though at its highest setting the blowers in the seat are loud and intrusive. One way to offset this is to set it at the highest cooling for a short period and then reduce blower speed to take away the sound of that blast.

Not much has changed for the rear passengers, and the third row despite its 4.4 metre length does not have adequate room for grown adults. With the third row in place, luggage space also drops significantly. And while both second and third-row passengers get a 12V charging socket each to charge their phones, there aren't USB points to simplify the process.

Let me now address the elephant in the room, an area that Maruti is constantly criticized for, safety. The new XL6 gets four airbags, and despite the shift in government policy to 6-airbags, the XL6 was drawn up 2 years ago. Now the 4 airbags are provided to just the front passengers, which makes me think this has more to do with getting a higher rating on crash tests. In addition, the new XL6 also gets ESP with hill hold, ABS with electronic brake-force distribution and brake assist. Also added to the list are multiple cameras that provide a 360-degree view around the XL6 that makes parking easier. The structure though remains largely the same as before, so a comprehensive agency led evaluation will tell us more about how the XL6 fares in terms of safety. 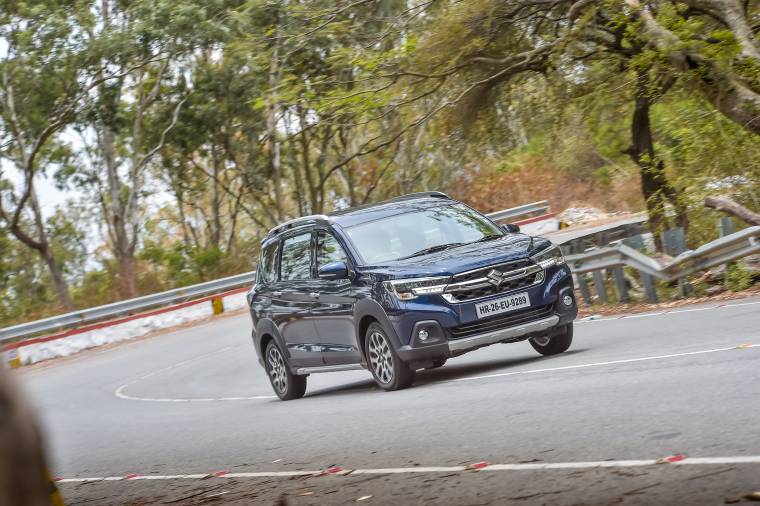 The big news though is the new 1.5-litre naturally aspirated petrol engine and the 6-speed torque converter gearbox. Displacing 1462cc, this engine delivers 103PS of peak power at a steep 6000rpm with 137Nm of max torque at 4400rpm. It's not impressively powerful, but what Maruti is attempting to achieve is optimal fuel efficiency over strong drivability. Claimed fuel efficiency from the XL6 is 20.7kmpl for the automatic variant I drove, while the manual transmission variant is pegged at 20.97kmpl. 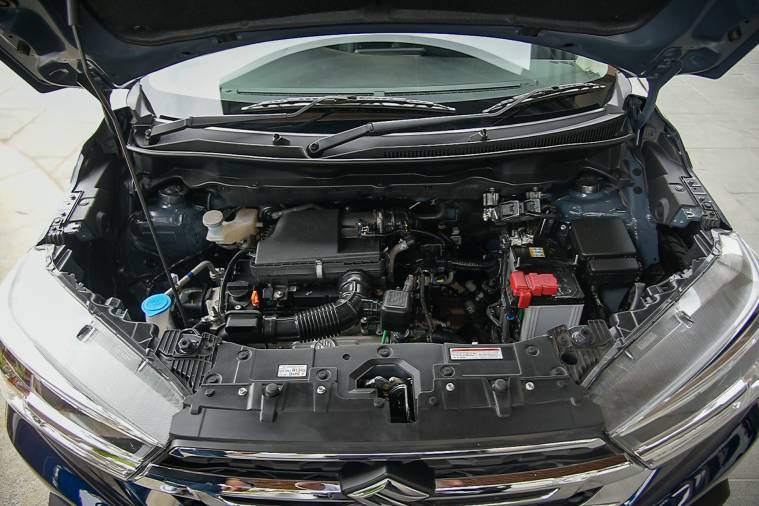 That the gap is so narrow, less than two-tenths of a kmpl is very surprising, and I wouldn't hesitate to recommend the automatic transmission variant over the manual because it makes life so much more convenient with insignificant fuel losses. So while the new XL6 should be able to do the job of lugging around 6-people in moderate comfort, it might sometimes feel a bit sluggish. In automatic mode, the transmission shifts to a higher gear just about 2000rpm, Maruti's engineers wanting to bring the XL6 in to a more fuel-efficient band quicker. This nature though makes it feel slow, and if you wanted to derive more juice and brisk momentum, keep it in manual mode and use the paddle shifts to work the gearbox the way you want to. Maruti however will feel the lack of a diesel powertrain. MPV segment consumers largely tilt in favour of diesels which carry more heft and grunt and the absence of a diesel could negatively impact demand.

The XL6 also comes with a mild-hybrid system to enhance the fuel efficiency aspect, which it does by engaging start-stop functionality and compensating for some power losses by adding in a lithium-ion battery to boost energy and torque requirements and brake energy regeneration.
Ride and handling on the XL6 has improved marginally, thanks to Maruti using a larger, broader profile 195/65 16" tyre that comes as standard across the range. Along with this, the suspension has been tweaked mildly to accommodate the increase in weight thanks to the larger engine and to offset the ill effects of upsizing the tyres. Dynamics are sharp, and a quick to and from the temple at the top of the Nandi hills with its 40-odd corners were handled quite comfortably by the XL6. Steering returnability could have been improved, you still have to add in a little effort to get the steering back post a sharp corner, but I'd be picking at straws to find much fault here.

Overall then Maruti's new XL6 is an improved package, but the changes aren't strong enough to justify making the move from the Ertiga to the XL6. You may get just as much value from the Ertiga which though slightly shorter, and with a smaller engine, still continues to offer tremendous value. Bear in mind the price difference between the top ends of the two MPVs is just around a lakh and a half rupees. But can the XL6 displace consumers of the Kia Carens? That's going to be a tough ask, the Carens is vastly more contemporary, easier to drive, with better interiors and a richer feature list. The XL6 rather than adding a second X to it name, continues to largely stay the way it is. There are a few appreciable upgrades, the larger wheels and tyres that add a new dimension to the ride and handling. The larger engine with its fuel-efficient nature especially given fuel prices the way they are presently, all this would appeal to a large set of consumers.

With fewer variants in an effort to keep the XL6 premium, and prices beginning at INR 11.29 lakh for the Zeta manual , going all the way up to INR 14.55 lakh for the Alpha Dual Tone automatic, there is a range of 8 variants on offer. Maruti is looking to play it safe. 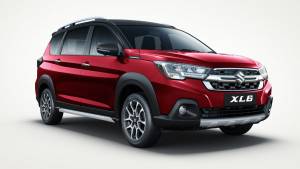