Another year, another price hike for the RE Himalayan - now asking almost Rs 2.5 lakh on road. The additional 10,000 rupees it asks over last year's model though could be a small premium if you calculate the sum of all the upgrades you get with new Himalayan. But let's go beyond the brochure-talk and see if it makes any difference at all. 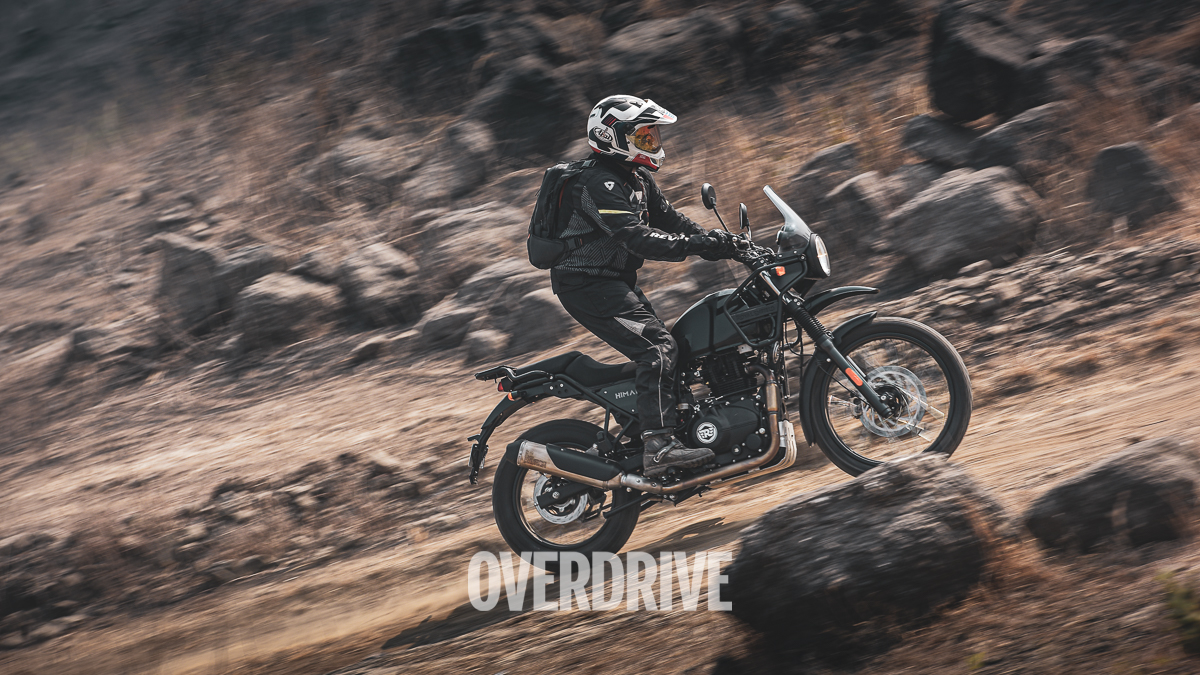 First up, there are three new colour choices - a handsome new matte-silver option, a funky green which I think may not be to everyone's taste after the initial infatuation wears off, and a new dual-tone black you see here. Of course, there is the Make It Yours program too to customise some bits, but I can't find the option to have a powder-coated, all-black exhaust system - that would have been the most beautiful looking Himalayan, methinks. 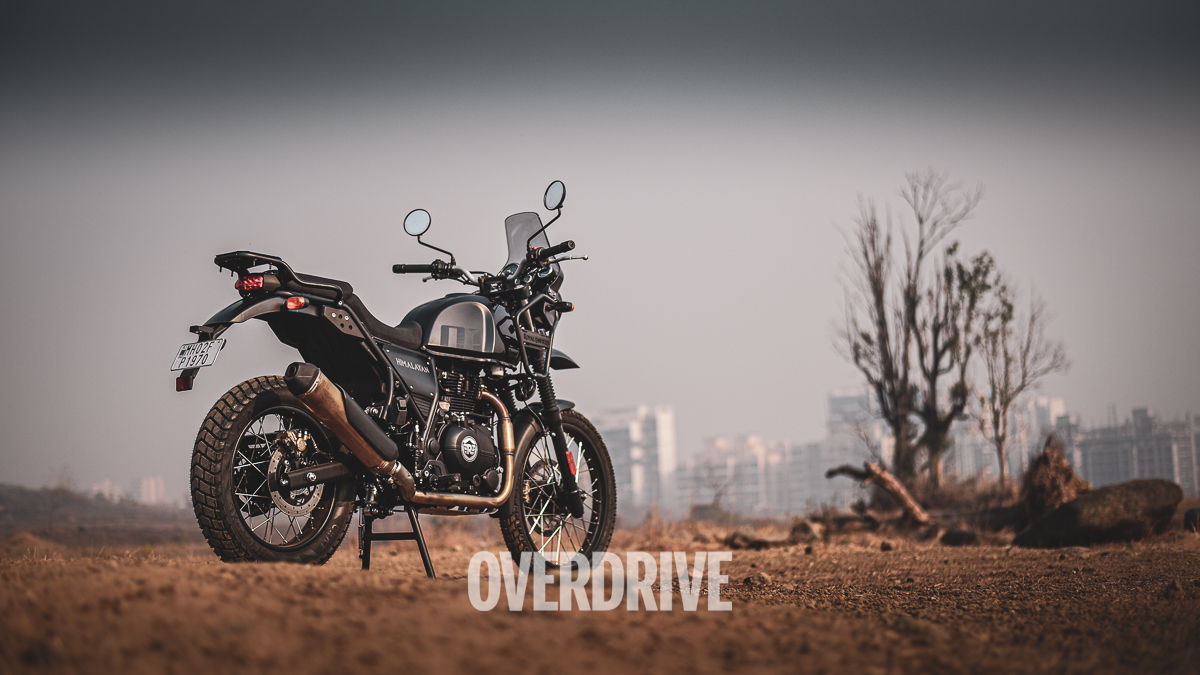 Once you get past the obvious colourways, you might notice the slightly taller (smoked) windscreen and the narrower tank-guard/accessory-rack. Both these components are born out of feedback given by taller riders who wanted better wind deflection and more knee-room respectively. The windshield does a help bit as intended, but I couldn't feel a big difference. 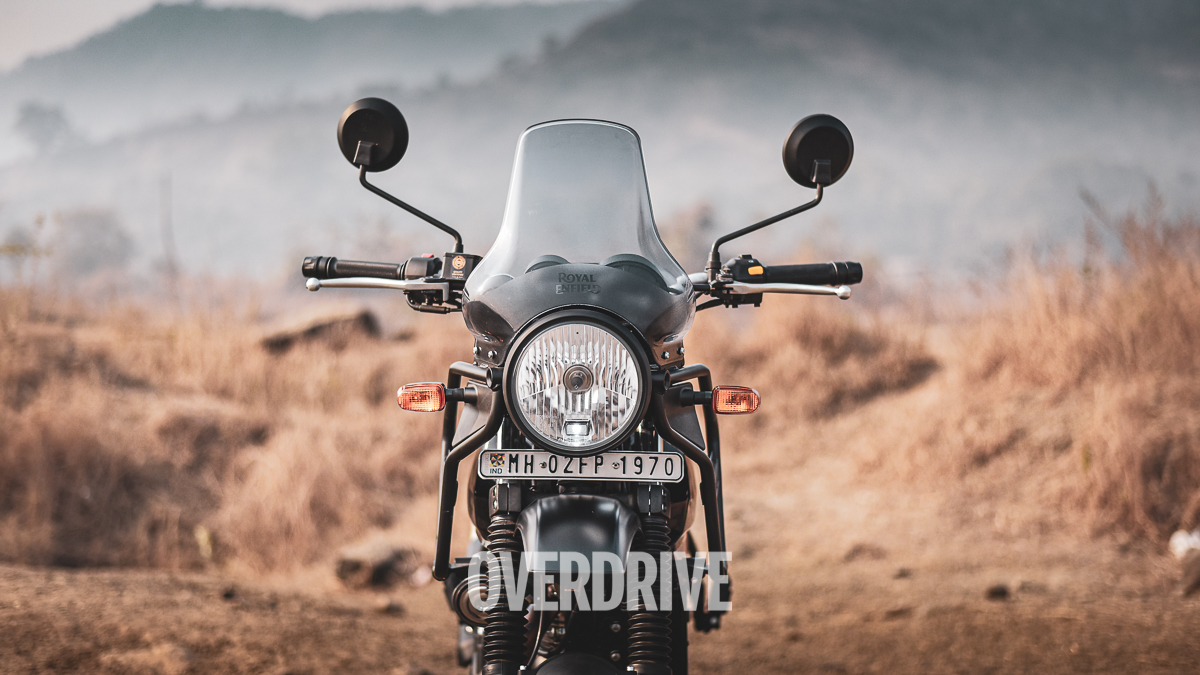 At speeds around the 100kmph, I could still feel some buffeting - because while the windshield is taller, it isn't sufficiently wide (despite having a wider base to integrate the Tripper module). You will still feel quite a bit of airflow around the shoulders, which is great for hot conditions, but not so much in cold weather. The windshield isn't adjustable either, so one size doesn't necessarily fit all. 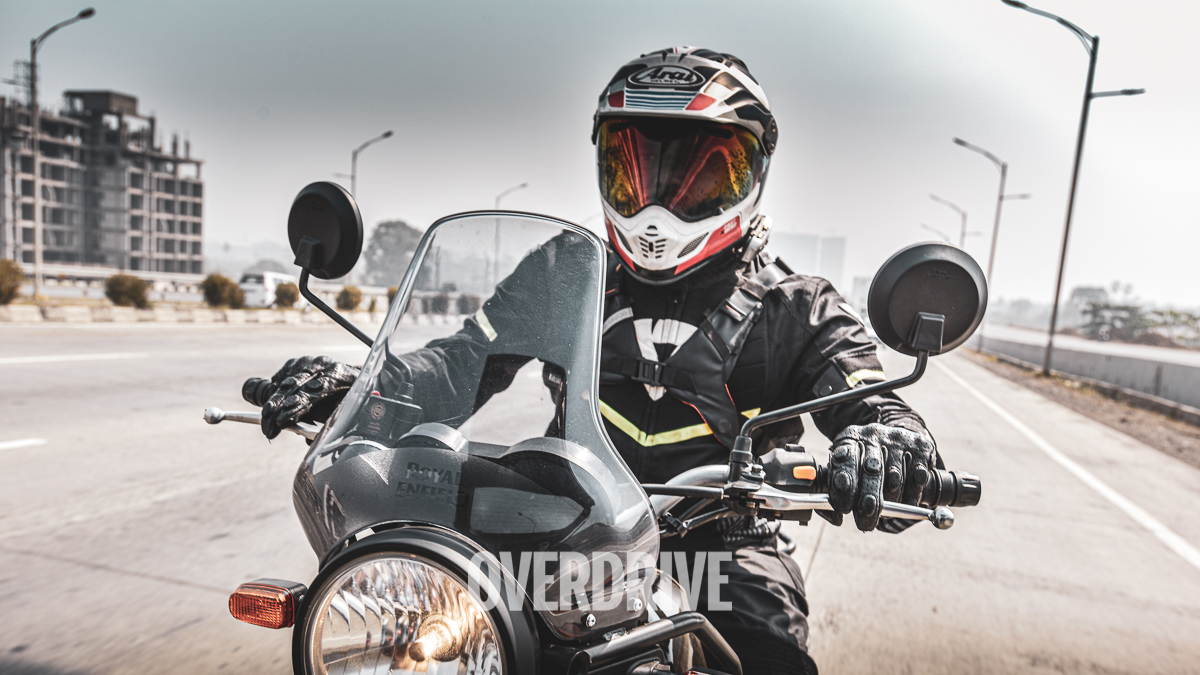 For my height of 5'8, the tank guard never really fouled with my knees, but I don't find the knee recesses roomy enough. While redesigning the rack, I think RE could have redesigned the tank too by making the bulge follow the same angle as the rack - that would have not only made the recesses roomier but also achieved an aesthetic balance, without compromising on fuel capacity. 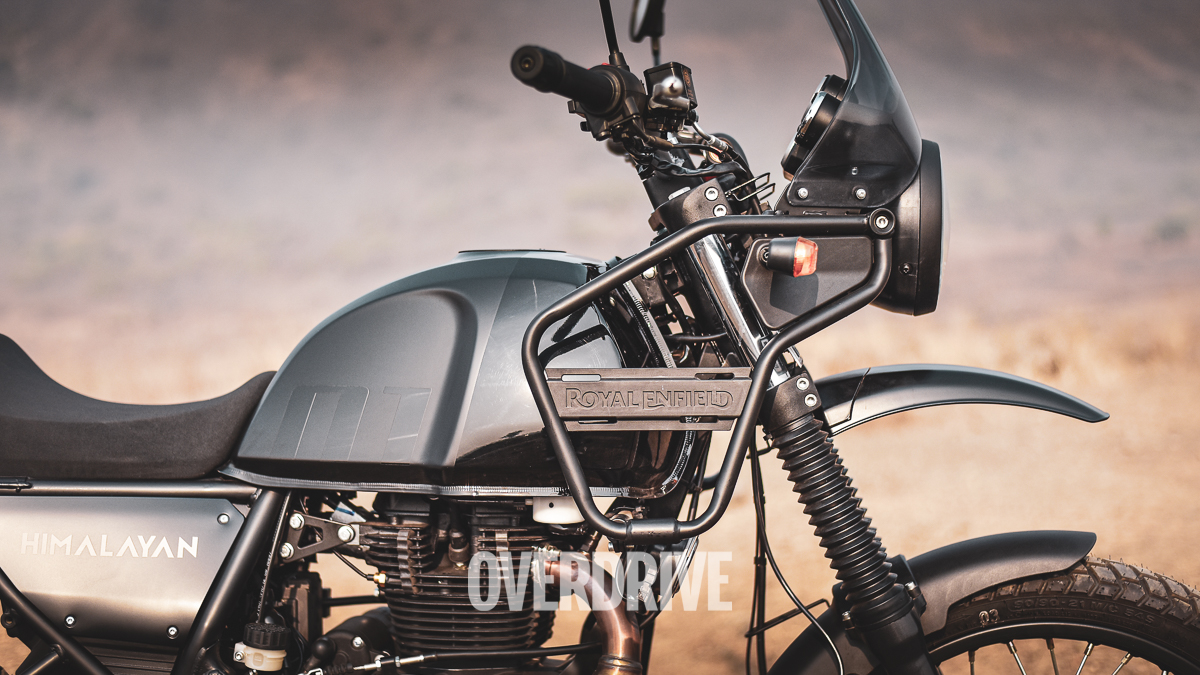 RE has also altered the tail rack to sit lower and more in line with the rear seat to make it more ergonomic for the pillion while embarking or disembarking the motorcycle. It also comes with a small plate for mounting a tail bag or light top case and the load capacity is still rated at 7kgs. The tail rack comes with four mounting screws, which I believe will open up easier opportunities for designing and installing wider luggage carriers. The accessory catalogue suggests that side panniers can be added too, with an unchanged 23l capacity. 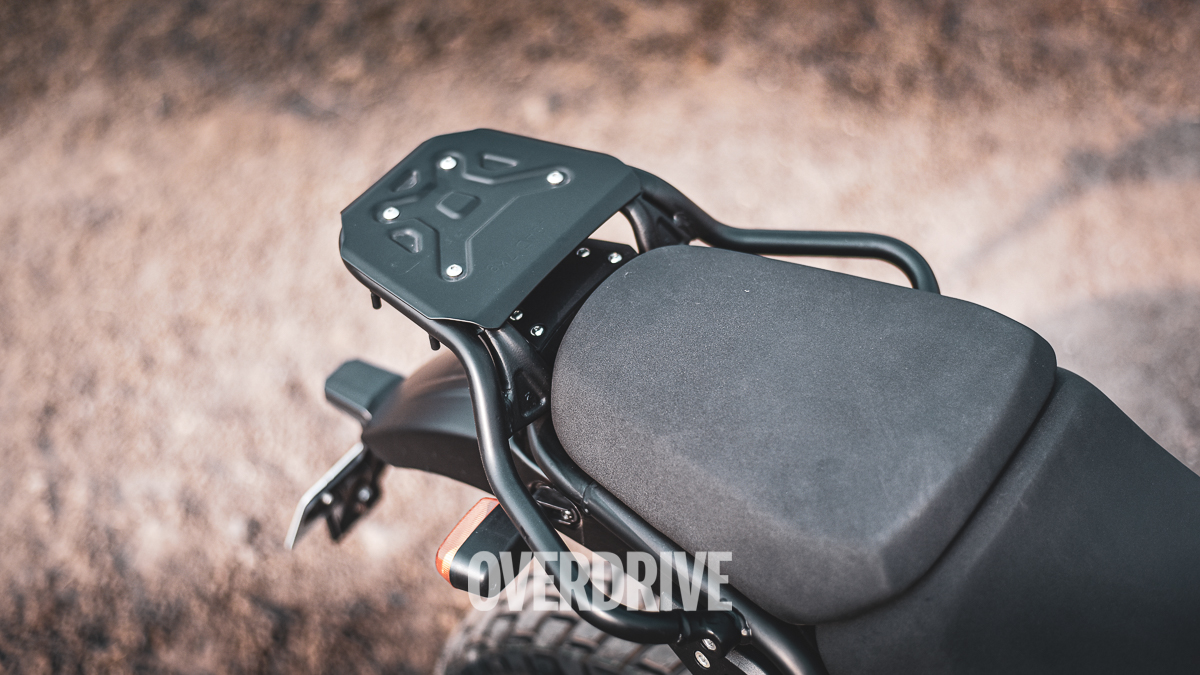 As for the seats, they have been given a dual-density foam which makes them firmer than before. My 150km jaunt from the city to nearby mountain roads suggest that they are quite comfortable too. Not that the earlier seats were discomforting, but firmer cushioning usually works better over long distances. You can also customise the seat covers to a different colour, but the matte, sandblasted finish on the new seats certainly makes them grippier under hard braking. I would still recommend getting tank grips in the knee recesses, though. 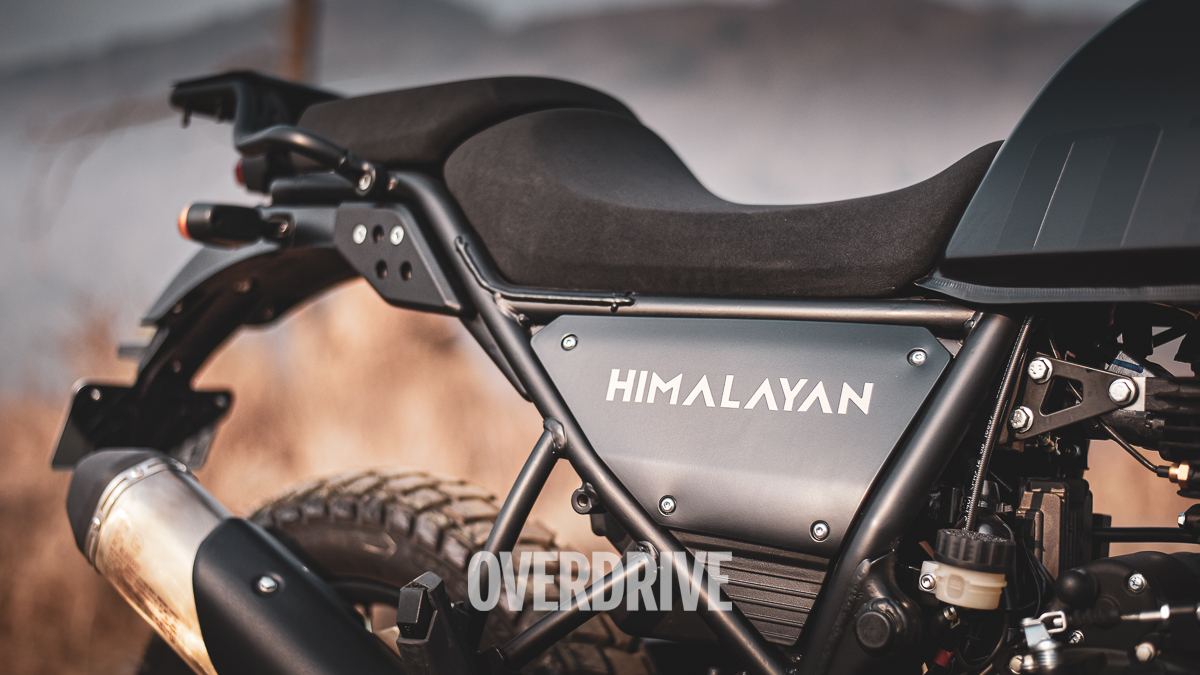 What is perhaps the most attention-grabbing upgrade for the 2021 Himalayan is the Tripper navigation module. It not only seems more apt on the Himalayan than the Meteor we first sampled it on, but it is also mounted in a cleaner and more symmetrical manner. Though I think RE could have used this opportunity to redesign the controversial and overly complicated instrument cluster. The utterly useless compass still takes a while to calibrate and the ambient temperature readout is still off the true values. 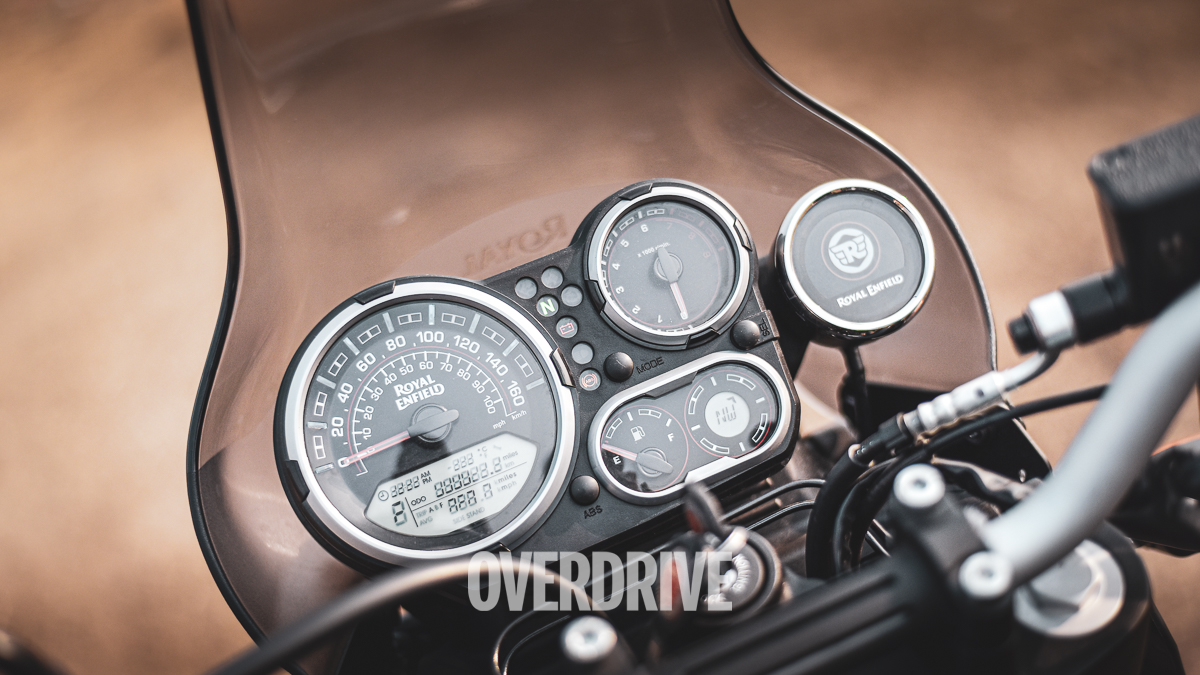 RE hasn't made any changes to the 411cc engine, meaning it still puts out 24.3PS of power and 32Nm of torque. The BSVI version was relatively smoother than the early iteration of the LS410 mill, but it still has the signature vibrations in the low and mid-ranges, and as most RE owners like to say, "Noisy tappets are happy tappets on the Himalayan," so that clamour is still very much there. 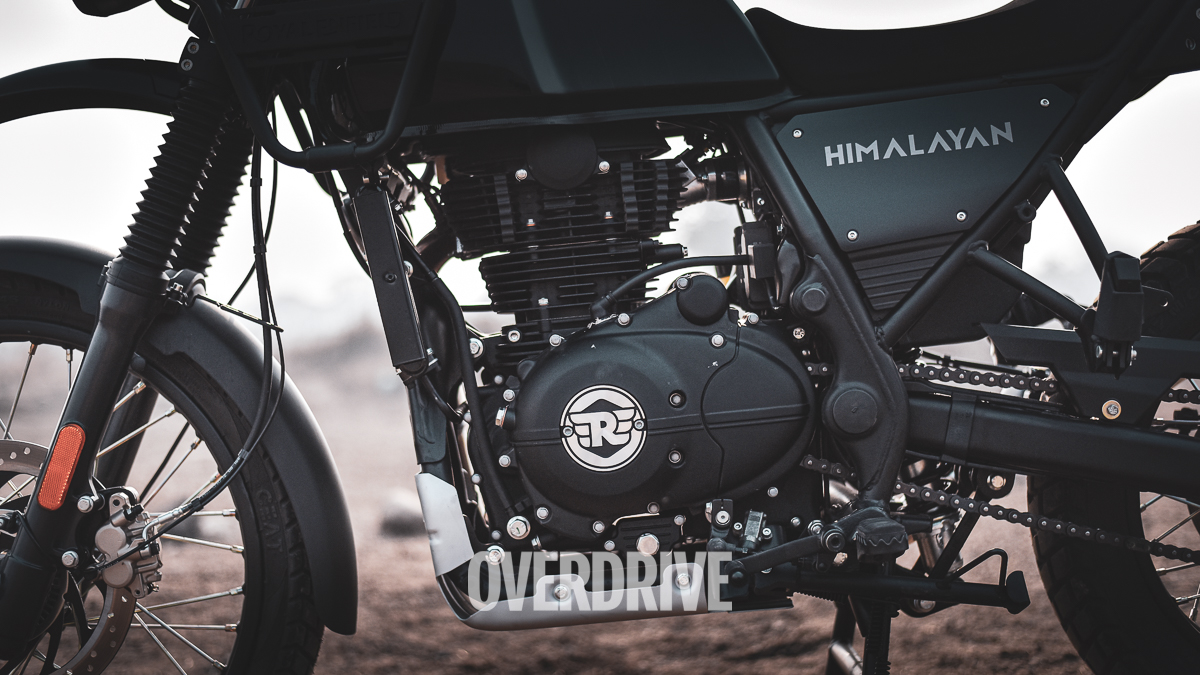 As before, it manages the 0-100kmph sprint around the 10.5s mark, has a cruising sweet-spot of 90-100kmph and while the low-end grunt is a bit lacking for city use, there is a creamy torque spread between 3,500-5,000rpm which makes for a good mid-range performance for highway cruising. Overtakes at city or highway speeds need planning, and the 5-speed transmission feels adequate and gives the bike good tractability in the city. 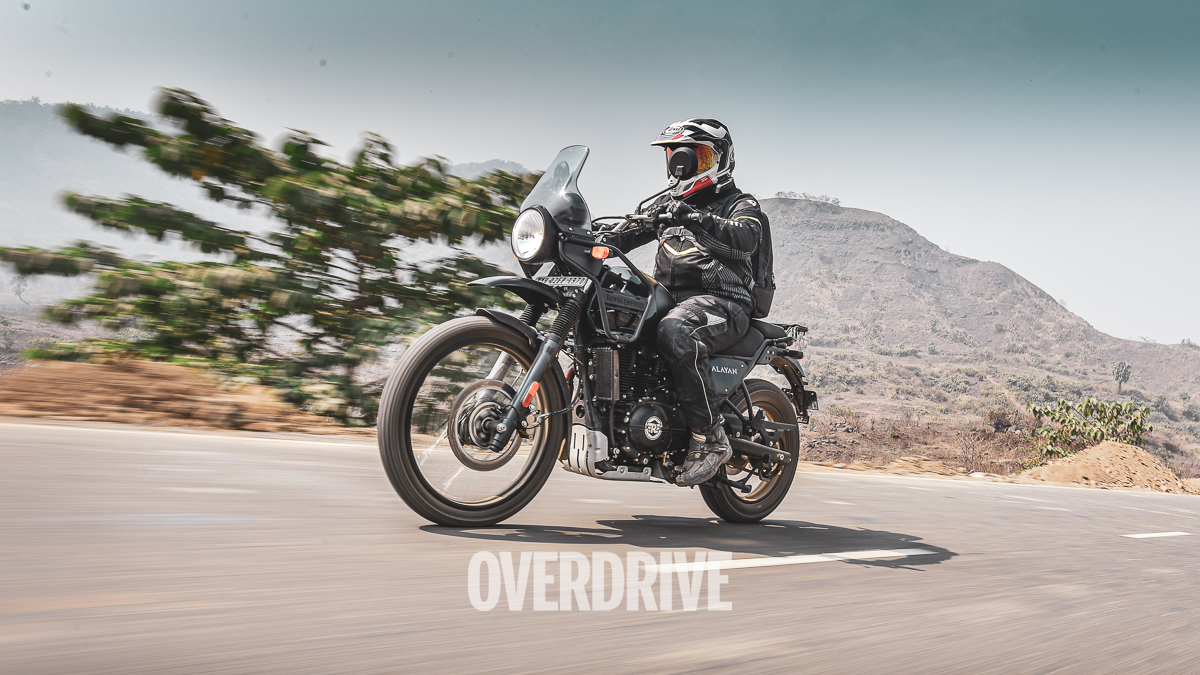 It's still a heavy motorcycle at 199kg, which means you need to spend more time with it to come to terms with its off-road capabilities. But it is just as capable and forgiving on the slippery terrain as it is on the tarmac. The Ceat tyres aren't hard to trust once you spend enough time with them on either terrain and once you do, the Himalayan becomes all the more enjoyable. 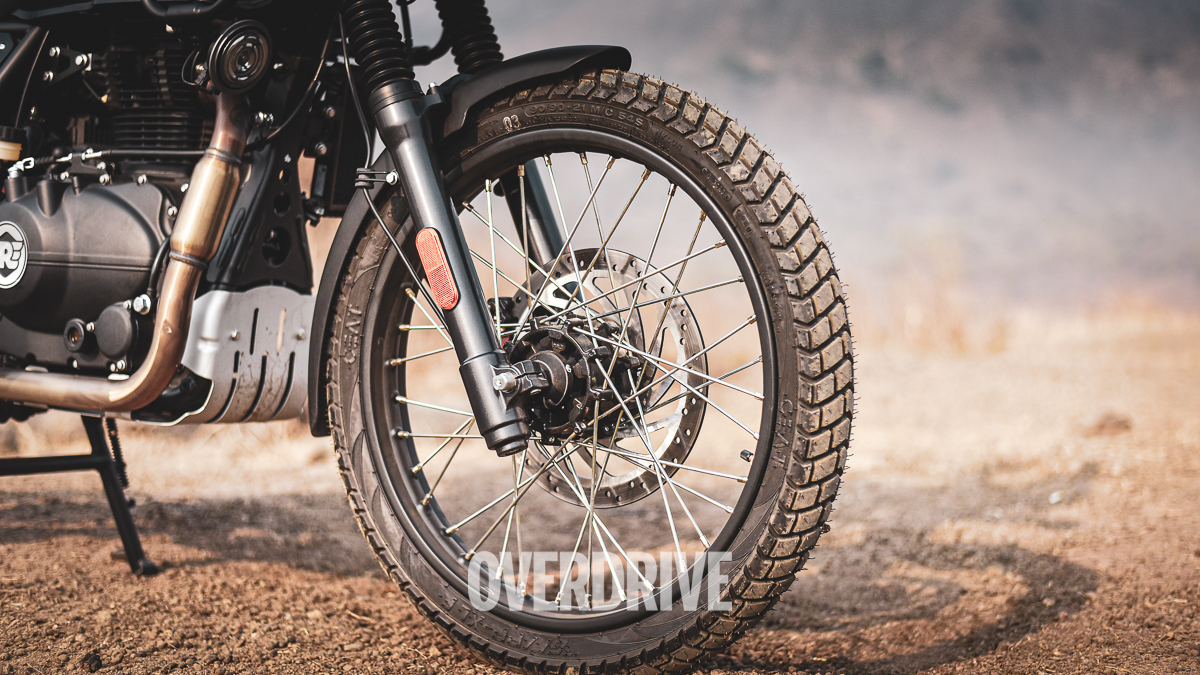 The braking hardware comprising of disc brakes fore and aft with dual-channel ABS still feel very spongy at the lever - which makes it friendly for off-road use but requires much planning and effort on the tarmac. The clutch feels a bit cumbersome too, especially for city use. But these are things one needs to get used to with the Himalayan and once you do, you will appreciate the motorcycle's friendly and forgiving nature, despite what seems like a barebones motorcycle. 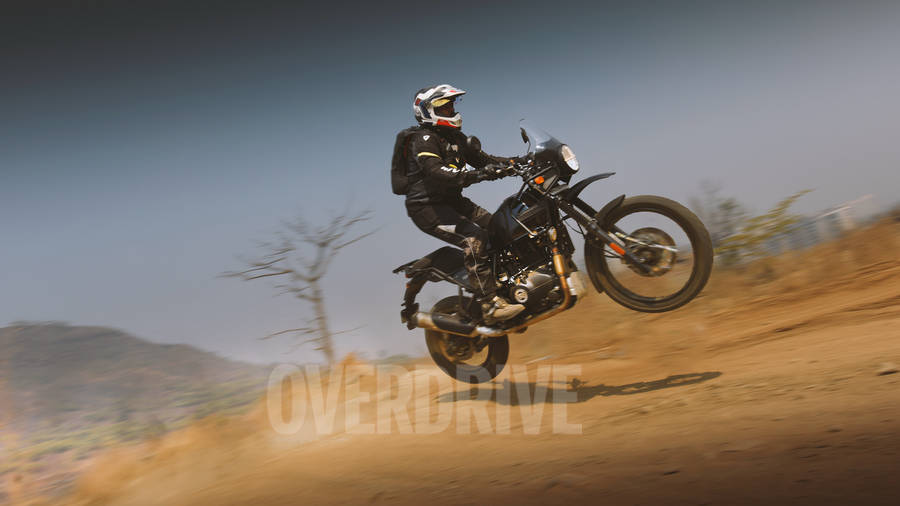 Verdict
To sum it up, I think Royal Enfield could have addressed a few more concerns with the Himalayan than just the rack and the windscreen. After having sampled the Meteor that lies in a similar price bracket, it is but natural for someone to expect similar levels of craftsmanship on the Himalayan too. But this is a midlife makeover after all and not an all-new product and therefore some of your wishes remain unanswered. But as I said in the beginning, the sum of the little updates like the better seats, the tail rack, the taller windshield and the Tripper module outweighs the premium that the Himalayan charges for 2021 - and knowing how capable this motorcycle is, it is still one of the best touring motorcycles you can buy under 2.5 lakh rupees. 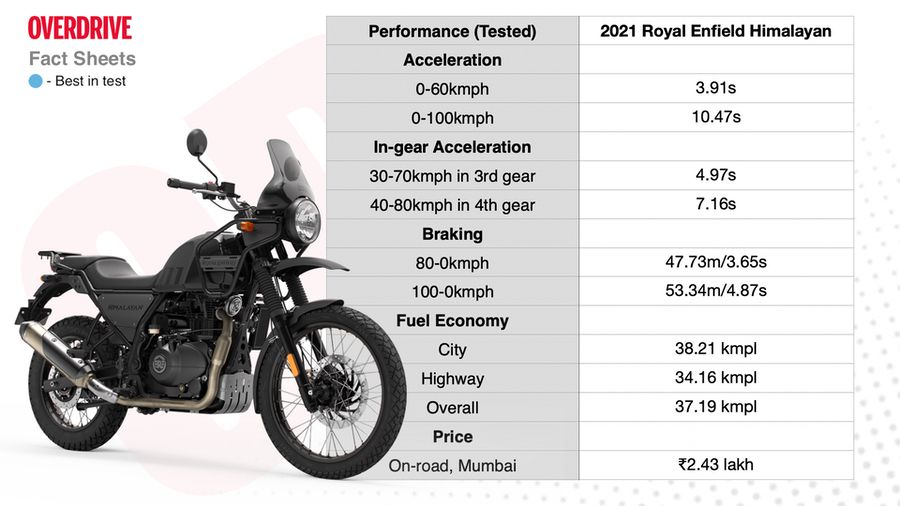 Watch our video review of the 2021 Royal Enfield Himalayan below 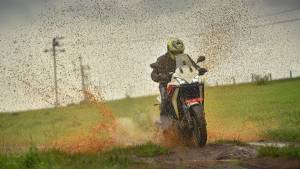 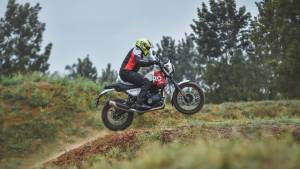 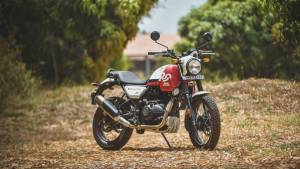