It takes a bold hand to re-introduce what was a very successful model for Mercedes-AMG in India, but with what would appear to be a downgraded powertrain - after all, the GLA45 we saw in 2014 was exactly what it was advertised to be: a mini-AMG, complete with the M133 2.0-litre turbocharged engine with 374PS, incidentally the highest specific power output ever, handbuilt at AMG headquarters in Affalterbach, and with uncompromising ride and hot hatch-like handling. To follow it up with the Mercedes-AMG GLA35, a car that for all intensive purposes is more of an AMG-enhanced model than pure AMG, definitely feels anti-climactic. But only at a cursory glance. 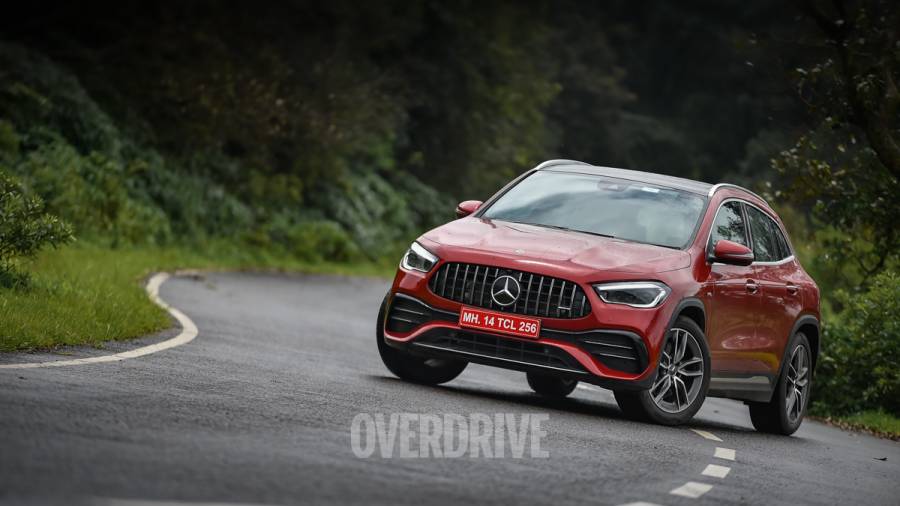 Mercedes-AMG GLA35: What is it?

Like the Mercedes-AMG A35 Limousine introduced last year, the GLA35 sits at the most affordable end of the AMG range, but it's not to be confused with AMG Line styling packs available for other models, such as the GLA220d itself. Despite the fact that the M260 2.0-litre turbocharged motor comes off a regular Mercedes-Benz production line, and isn't handbuilt, it has been tuned by AMG for a total of 306PS and 400Nm torque. The 8-speed dual clutch transmission is an upgrade over the previous GLA45's 7-speed, which as we'd found in the past can be a bit of a mess at lower speeds. Mercedes claim a 0-100kmph figure of 5.1s, down on the GLA45's 4.4s for the same, while both models have a 250kmph electronically-limited top speed. 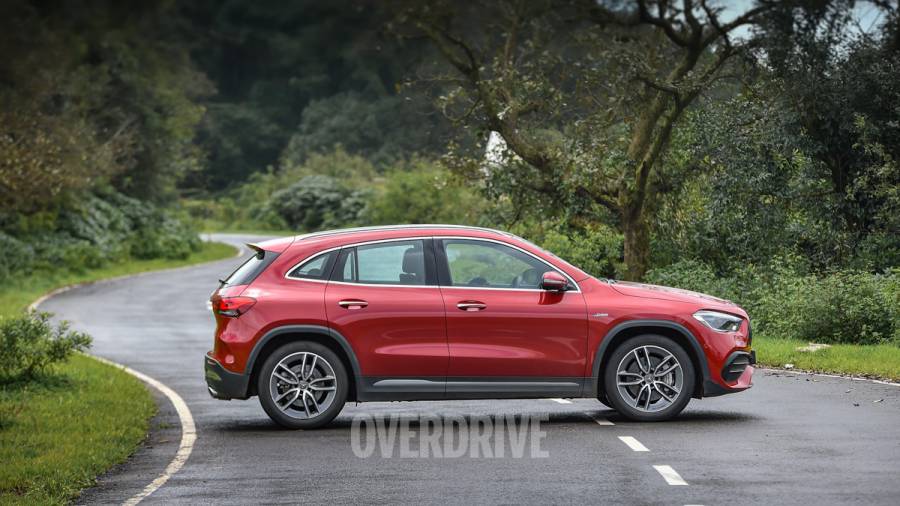 The powertrain is the same as what you'd find in the A35, and unlike that car that's better differentiated over the regular A-Class Limousine, the GLA35 looks quite similar to the AMG Line-equipped GLA that's also available here. While that dampens the enthusiasm a bit, the GLA35's variable damping suspension and associated componentry, as well as the large cross-drilled brakes are lifted from the AMG catalogue so it does stand out as being a worthy bridge between the merely cosmetically-enhanced and full-fat AMG models. 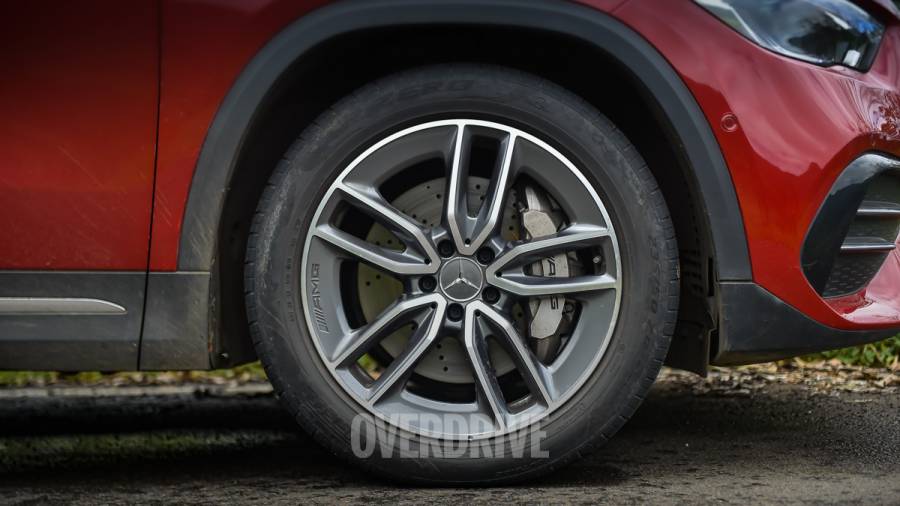 To that end, the interiors get a fair smattering of AMG additions in the scuff plates, instrumentation, red seatbelts etc, with the twin 10.25-inch screens of the new MBUX infotainment, like on the regular GLA, being far removed from the previous-generation car. The front seats feel a little over-bolstered but by virtue of the new-gen's increased wheelbase, there's a lot more room in here, with decent headroom and legroom even at the rear courtesy a slidable rear bench, a pain point of the old GLA45. In fact, sat in the driver's seat, you do get more of an SUV feel than in the previous-gen GLA. Boot space is compromised by the space saver spare tyre though. 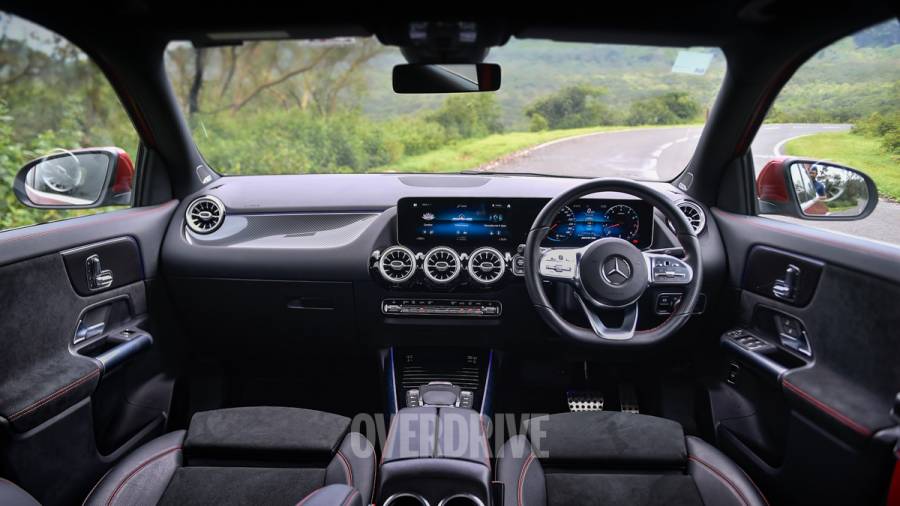 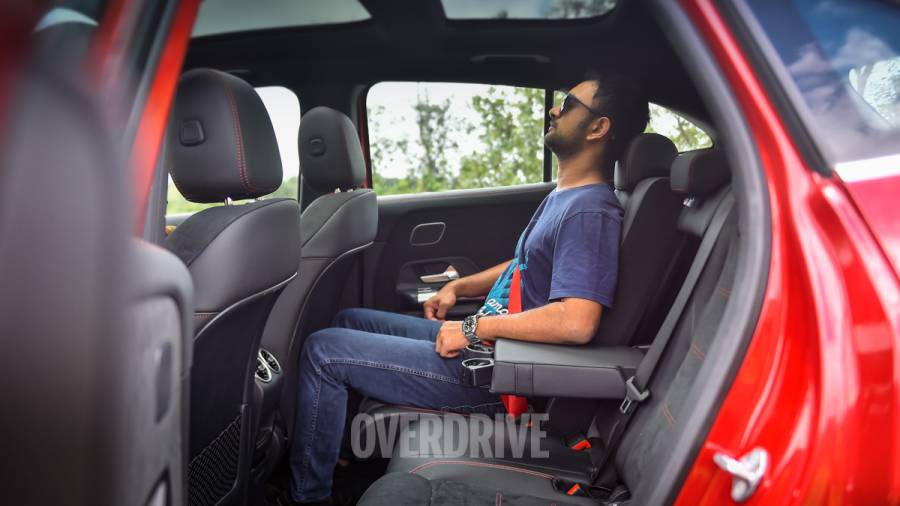 Firing up the motor, you'd definitely be hard pressed to tell the GLA35 is an AMG model. It's only when you toggle it into the Sport or Sport+ drive mode that you hear some volume from the engine, amplified as it is in the cabin. From the outside, the GLA35 doesn't sound half as bonkers as the GLA45 did, with all its pops and crackles on the overrun, but does have a nice raspy blat as you take it through the rev band, right up to the 6,400rpm redline. 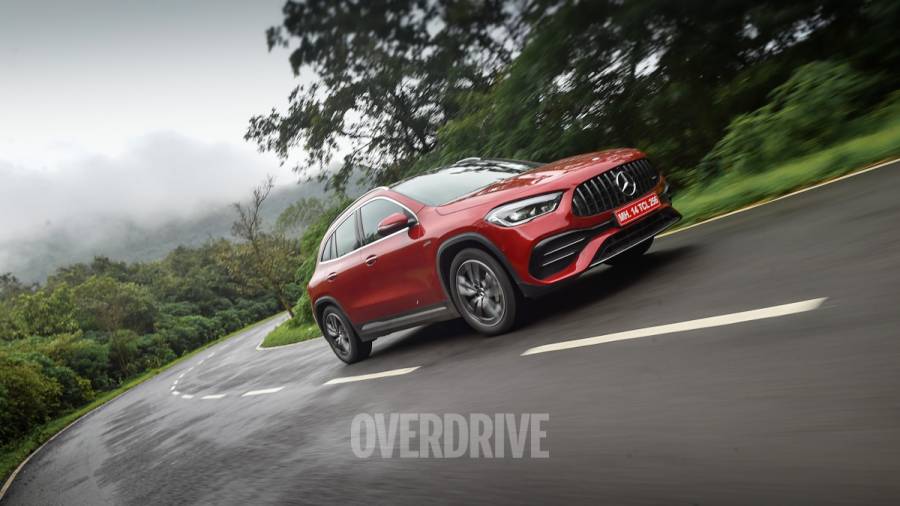 In our VBOX performance tests, we managed a 0-100kmph run in 5.8s in the wet, which isn't too far off the roughly 5.5s that we last managed in the GLA45 many years ago. For context, that makes the GLA35 about as quick in a straight line as the larger (and heavier) AMG GLE43 with its straight six twin-turbo motor!

The 8-speed 'box feels like the bottom gears are stacked quite close together, with fourth coming up around 110kmph if you stay flat out. Importantly the gearbox feels intuitive this time around. As a happy bonus, when set in Sport+, the shifts can feel pretty brutal, though I suspect that's been achieved with a cut in ignition timing between shifts to cause the stall in inertia, which would explain the cut in the exhaust note between shifts. Note, it's not quite the rifle-shot shifts of the GLA45.

In our testing, the quarter mile came up in 14.1s with a closing speed of 162kmph, which in comparison to the slightly more expensive E53 for example at 13.2s at 169kmph, does seem like a big gap and shows up the power deficit despite the GLA35 weighing in at about 1,656kg at the kerb, or about 300kg lighter than the E53. 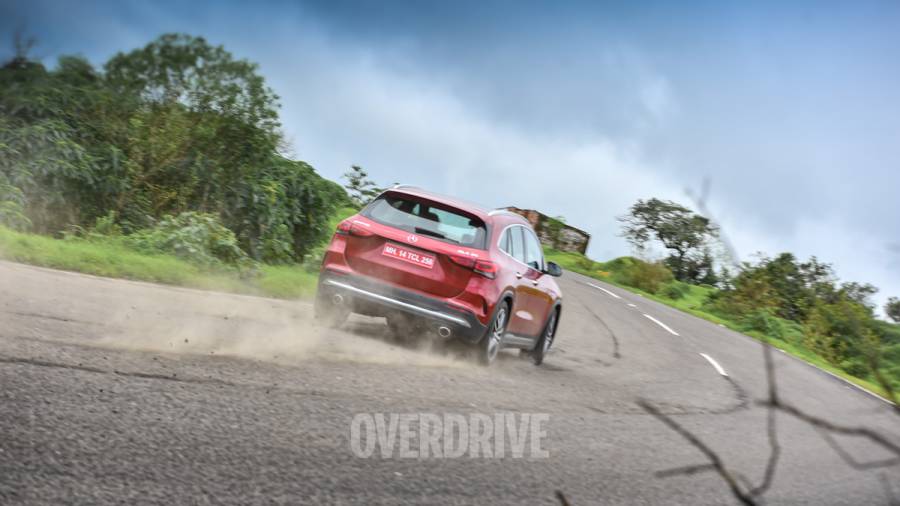 Armed with Mercedes' 4MAtic all-wheel drive, the GLA35 is predominantly front-wheel driven but can split up to 50 per cent torque to the rear axle, and in most driving situations it feels like a very nicely balanced car, if a little nose heavy. It's when you push it hard, entering a corner with an excess of speed and leaning on the brakes, that the real character of the old GLA45 starts to shine through - this crossover can still dance like a hot hatch! You feel the rear of the GLA35 go light and rotate very nicely, while getting back on the power has the tyres hook right back up. Of course, most people might favour a little more predictability from their handling, and all one has to do to is to take the GLA35 out of Sport+, which feels nearly as stiff and reactive as the GLA45 did. 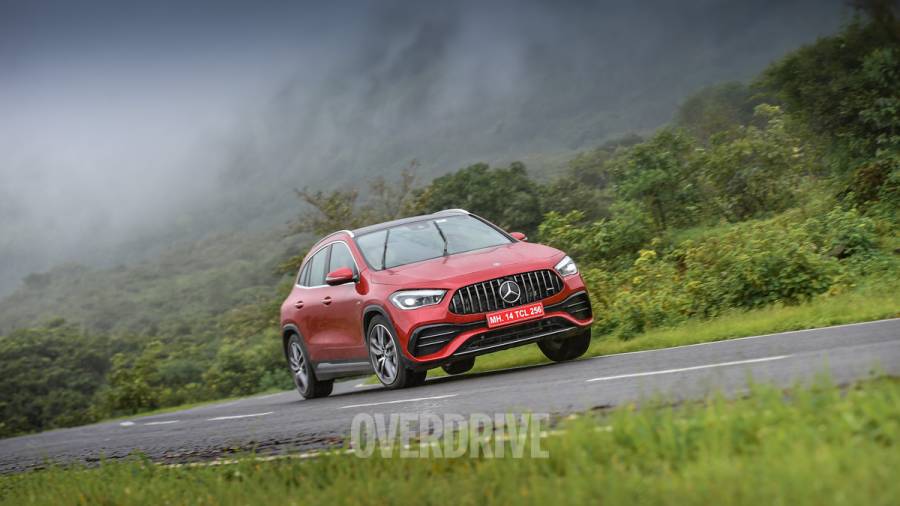 Set in Sport, the steering weight feels  more realistic, and comes quite close to offering the kind of feel and feedback you'd want. There's also a smidge more roll that gives you a better reading of how the car will react in a corner. As for how that translates to ride quality, there's no mistaking the everyday usability of the GLA35 now, especially in Comfort, with the 19-inch wheels wrapped in fairly practical 235/50 section Pirelli P Zeros. Overall, it feels a lot less bone-jarring than I remember the GLA45 being. Similarly, the brakes are a lot easier to modulate than the sudden bite if you even breathed on them that I remember the GLA45 exhibiting. 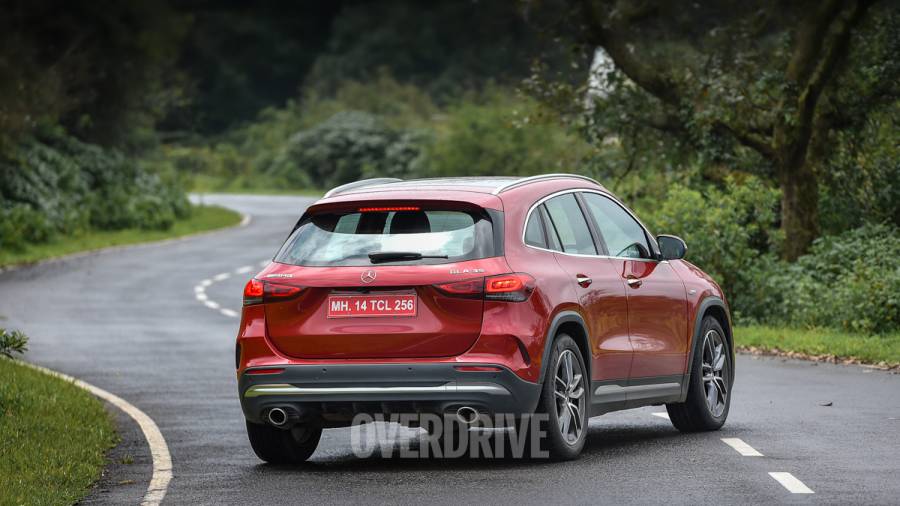 While it would be easy to declare that the AMG badge has lost some its appeal, now appearing on cars without the "special" handbuilt engines, there's no denying the gap in performance from this GLA35 to larger AMGs being very slim indeed. However, I think the A35 and GLA35 face their biggest threat from the blue roundel; the BMW M340i, presents a more enticing performance car package for not much more. It is, however, a sedan, so between the two entry-level AMGs, the GLA35 stands out for offering more usable performance just by virtue of its body style. 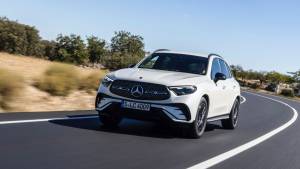 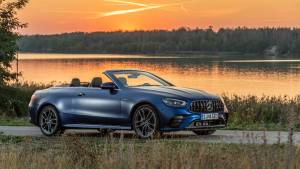