Placed between the frugal 100-110cc and the more performance-centric 150- 160cc, the Glamour 125 is one of the highest-selling in its segment. But then why does the 125cc motorcycle segment exist in the first place, you ask? Apart from the obvious that it offers the best of both worlds, it is a globally accepted displacement in the entry-level range that has strong traction in Asia, Africa, and South and Central American markets. 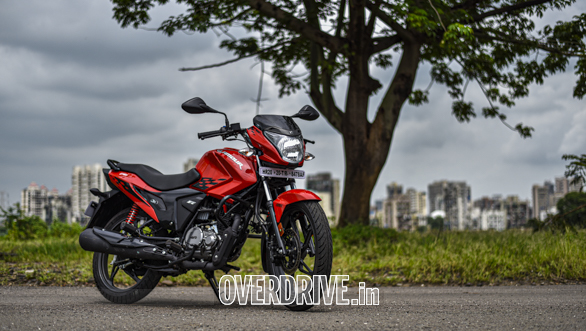 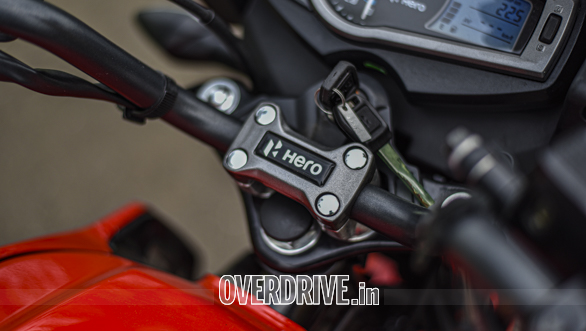 Earlier this year, Hero launched the new-gen Glamour 125 with a tweaked design, updated mechanicals and a BSVI compliant engine. How has that bettered its real-world feel?

For 2020, the Glamour 125 gets mild updates, which is a bit too mild for one to notice the differences between this model and its predecessor. Something that happened with me at the launch event in Jaipur earlier this year. There are two things that have been primarily updated. 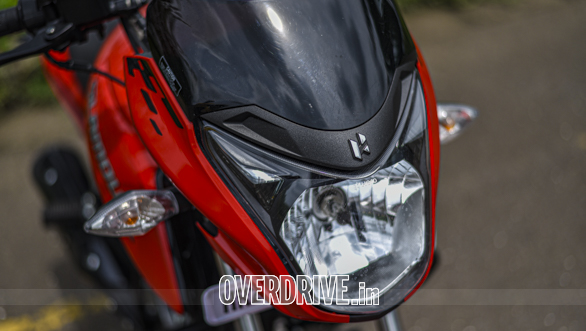 The headlight unit, that now features smoked finish DRLs and is also bigger in size with a larger reflector offering better illumination. Second is the taillight, that now comes with a signature H-shaped layout, which does look attractive. 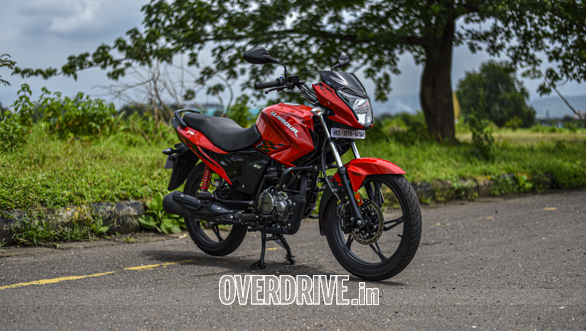 See the Glamour 125 along its length and you'll see the tank design and the extensions are largely unchanged. When you compare the Xtreme 160R, one of the best looking 160s or even the Xpulse 200, that looks smashing even with its minimalistic build, it makes one feel that Hero has given the Glamour 125 a stepchild treatment by reserving all the goodies for the larger siblings. For that matter, even the younger Passion Pro gets swanky dual-tone colours to choose from. In comparison, the colour palette for the Glamour 125 clearly lacks the fun element. 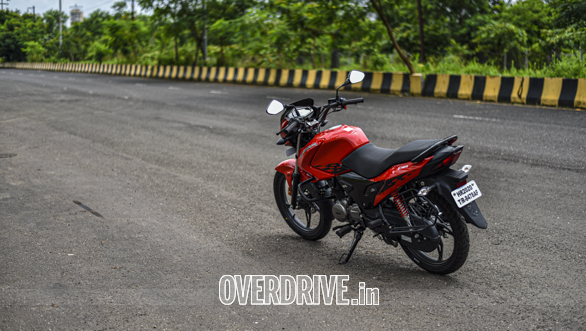 The semi-digital instrumentation has been carried over from its predecessor, wherein it shows info on fuel, trip, service reminder and odometer much like that on the Passion Pro. Additionally, there's real-time fuel efficiency, which could help you review your riding style and alter it for better efficiency. The backlight of the digital readout has been changed to blue from orange which makes it difficult to read at night, causing a strain to the eyes. 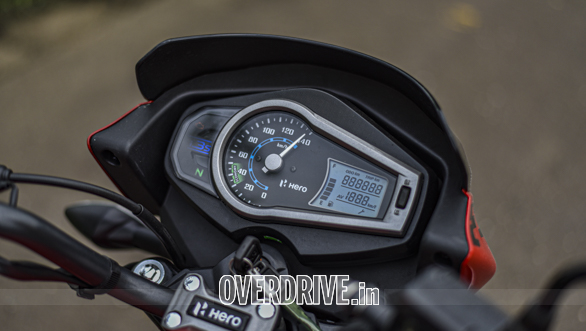 While the switchgear quality is acceptable, it's the panel gaps in certain areas that don't do justice. Further, the tank extensions on our bike had a mild movement. Surprisingly, the motorcycle had hardly clocked any mileage which makes me wonder if these issues could further increase with bashing on harsh roads over a longer tenure. 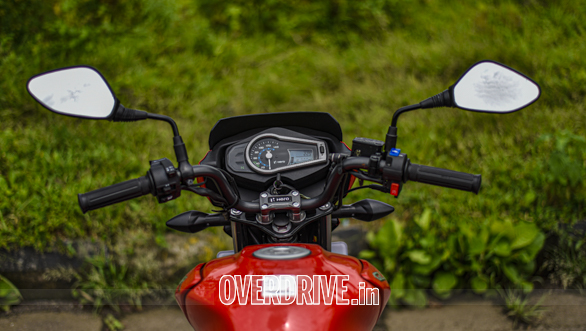 In the transition from BSVI to BSVI, the Glamour 125 had to make a negligible compromise in the power and torque ratings. The displacement of 124.7cc has not changed, but then the engine has been built ground up, Hero says. It puts out 10.73PS of power at 7,500rpm and generates 10.6Nm of torque at 6,000rpm, mated with a 5-speed gearbox, instead of the 4-speed unit in the previous iteration. 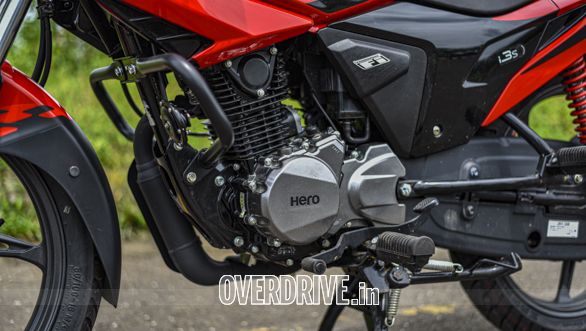 Crank up the motor and you will realise it is not the smoothest in the business. Saying that riding in the city at a humble pace is easy. The Glamour 125 comes with Hero's auto-sail tech which helps the motorcycle creep ahead without stalling. However, during our tests in the city, there were some occasions when the motorcycle stalled. What I like about this engine is even at speeds of 25-30kmph, there is sufficient push from the engine. But then when you are travelling at speeds of 40kmph and beyond till about 60kmph, that is where the Glamour 125 can comfortably be all day long. 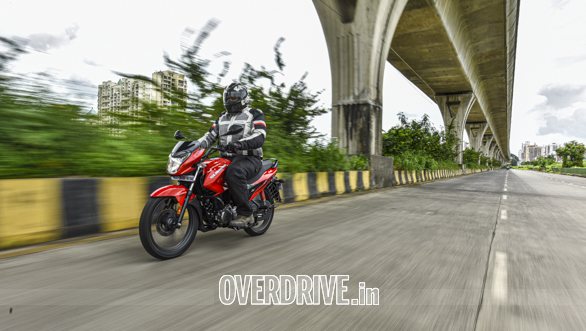 Hero has equipped the Glamour 125 with its i3s (idle-start-stop) which lacks the quickness of that in the Passion Pro but still helps the motorcycle achieve decent FE figures of 62.9kmpl in the city and 71.6kmpl on the highway. On
a long stretch, as soon as you cross the 75kmph mark, the engine feels strained which is reciprocated with a buzz on
the handlebar and the footpegs. This compels you to settle for a lower 65- 70kmph on the highways. 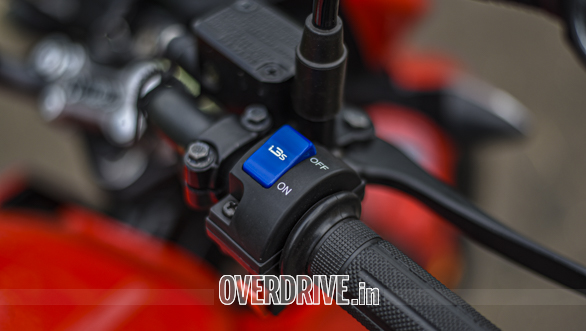 The 5-speed gearbox offers smooth shifts as the gearbox didn't falter anywhere while commuting in stop-go traffic. This was further complemented by the light clutch that adds more convenience in such situations. The Glamour took 7s to touch 60kmph and 13.8s to touch 80kmph, which surprisingly makes it only 0.2s and 0.6s faster than its 110cc sibling. 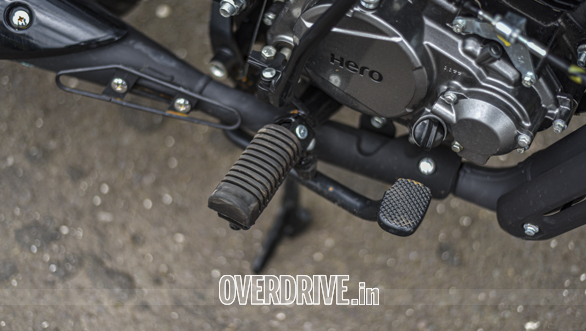 The underpinnings of the Glamour 125 have been updated to the new diamond frame, which has helped the motorcycle shed 3kg. And this can be felt when you are manoeuvering through traffic. It feels more flickable than before. Further, the wheelbase too has been increased resulting in improved stability. The suspension travel for both front and rear has been increased, which along with additional ground clearance offers more confidence when you are riding over speed breakers, potholes and broken surfaces. 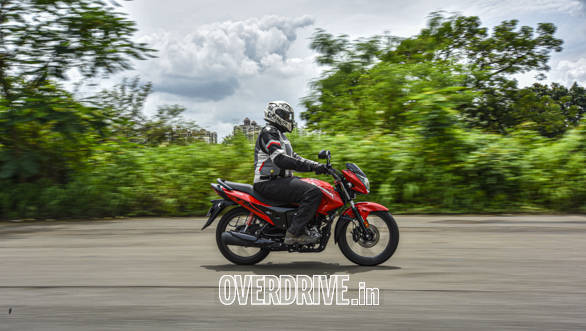 However, the setup is tuned more towards the firmer side, which is felt sharply when you are riding over bad roads and unpaved surfaces. This could result in fatigue if you are planning to spend long hours on the saddle. But then get a pillion on-board and the ride feels comparatively better. The stiffer setup is an intentional move to tackle the weight of the rider and the pillion along with luggage, which is a common scenario with the commuters in India. 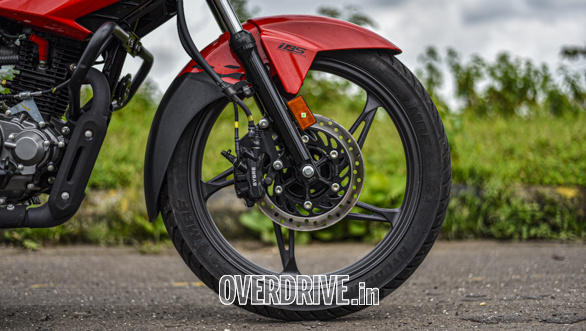 The MRF tyres offer reasonable levels of grip which is adequate while commuting in the city. Though, the area where the Glamour 125 could have been better is braking, as the setup does not offer enough bite to quickly bring the motorcycle to a standstill. 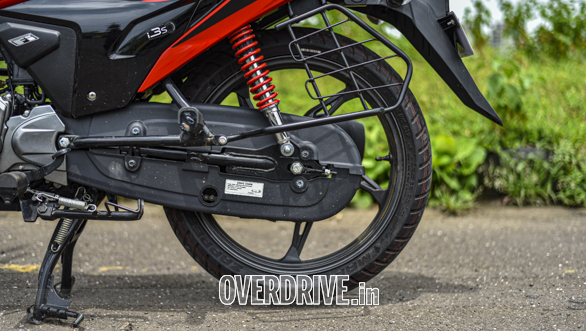 The updates and the tweaks have definitely improved the Glamour over its previous iteration. But then should you buy one? This depends on what takes priorities in your list. If you are primarily looking for a commuter that comes from a brand like Hero with a widespread sales and service network, the Glamour 125 is the motorcycle for you. 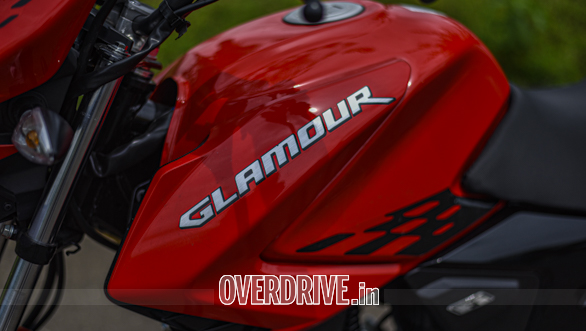 However, when you compare the Glamour with its rivals, the Bajaj Pulsar 125 and the Honda SP 125, the former offers a youthful appeal whereas the latter claims to deliver a smoother performance and is also one of the strongest contenders in this segment.

To Hero's advantage is the Glamour's pricing which is between Rs 86,645 to Rs 90,609 (on-road, Mumbai) making it up to Rs 5,000 more affordable than the SP 125. However, the Glamour's pricing is at a similar range of the Pulsar 125. Only a comparison can settle this, saving that for later then. 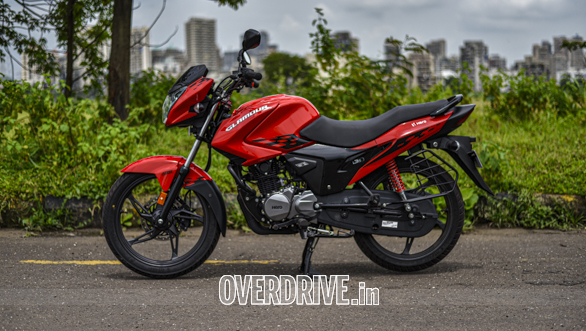 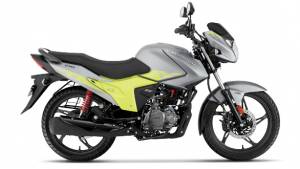