Video Worth Watching: Street's Not Dead

Keeping the street scene alive is our video worth watching. The video shows stunt rider extraordinaire Kyle manoeuvring a Kawasaki ZX-6R through car parks, public roads, narrow alleyways and a fountain. Kyle is seen performing wheelies, doughnuts, tail drags, stands, crossovers, side slides and an attempted stoppie which inadvertently turns into another stunt.The roughly two-minute long video sees Sliger cover a wide area in what appears to be the centre of town. The action feels like a cross between a Gymkhana-like setting and a movie bike chase, but with the stunts being performed more stylishly. 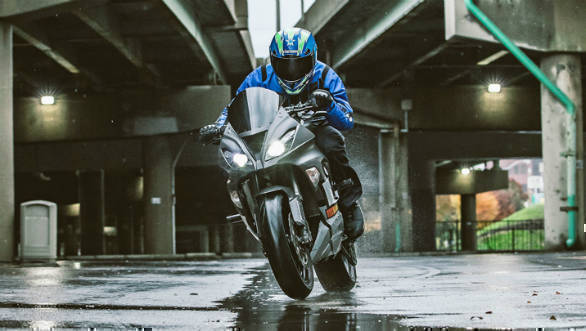 Kyle Sliger is a professional stunt driver from Indiana, USA who has been in the stunt riding business since the age of 19 and is a regular feature in the US stunt riding scene. He is best known for being crowned rookie of the year in the 2012 season of the XDL stunt riding championship.