After the standard Volkswagen Tiguan's mid-life update last year, Volkswagen has now brought many of those changes to its long-wheelbase version, the Volkswagen Tiguan Allspace. So seen here is revised styling, more features and better tech. 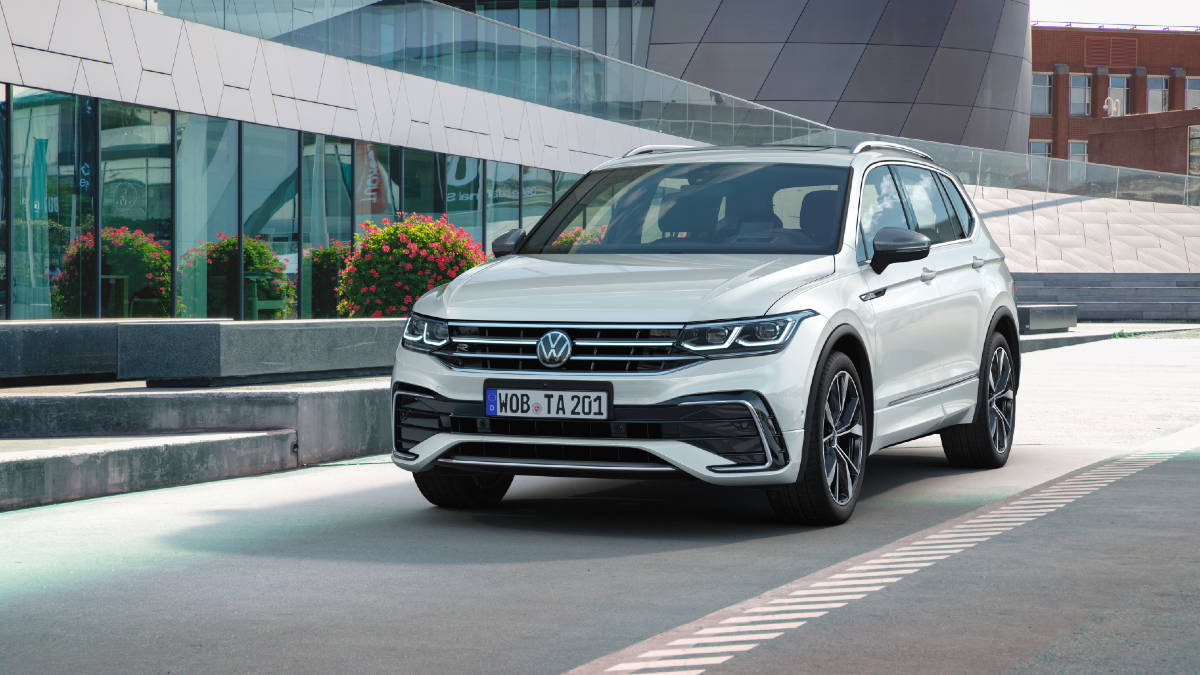 The 2021 Volkswagen Tiguan Allspace is now 22mm longer than before. This is largely done to the new face, shared with the standard Tiguan, which brings a more sweeping look to the headlamps(now matrix LED) along with a wider and more noticeable grille doused in chrome. The Allspace also adds a LED highlight for the grille. The R-Line trim seen here specifies an aggressive front bumper with large, faux inlets while more contours have been added to the bonnet as well. Changes to the rear are minimal. There are new details for the LED taillamps while the bumpers have been refreshed with the chrome twin-tipped exhausts. 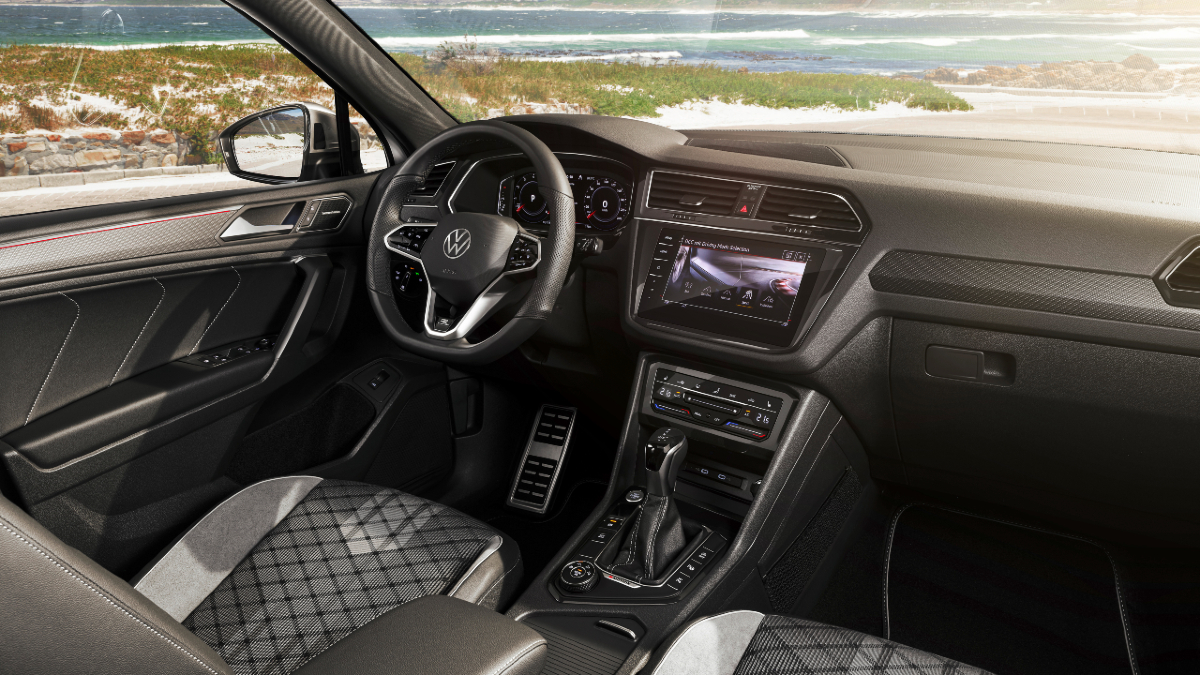 Changes on the inside of the 2021 Volkswagen Tiguan Allspace again mimic that of the standard SUV. The focus has been on improved connectivity which debuts the new 10.1 MIB3 infotainment system with wireless Android Auto/Apple Carplay, also to be on the Volkswagen Taigun in India. Another change is that the physical buttons for the climate control have been switched for capacitive touch controls while the new VW steering wheel with similar touch surfaces also makes its way here. A new 9-speaker Harman Kardon sound system is offered optionally. 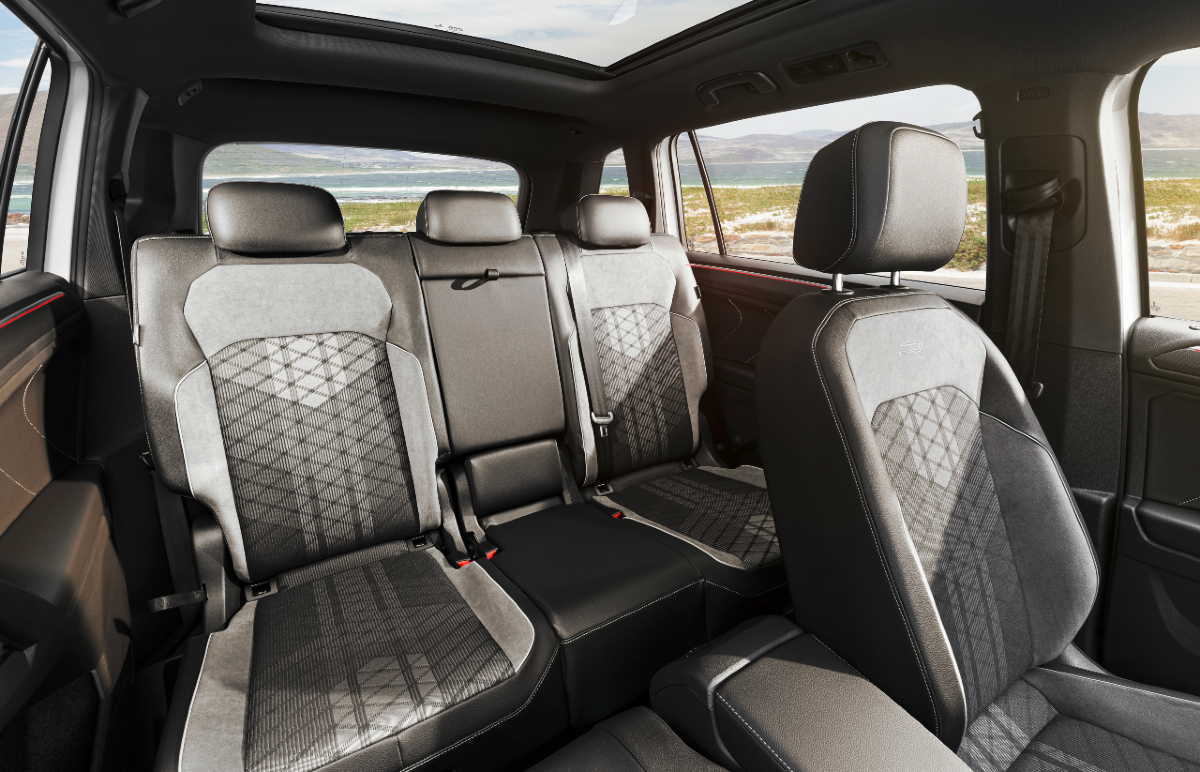 Full engine specs haven't been revealed yet, although Volkswagen has confirmed the option of three petrol and two diesel engine options. The petrol engines are expected to be the 1.5-litre unit with 150PS and 250 Nm and the 2.0-litre unit, as seen in the India-spec car with 190PS and 320 Nm. A higher tune of the 2.0-litre turbo can also be expected. A 2.0-litre diesel with 150PS and 200PS should be available as well. There is no mention yet of a hybrid version or a performance R version. The seven-speed DCT continues as does the AWD system. 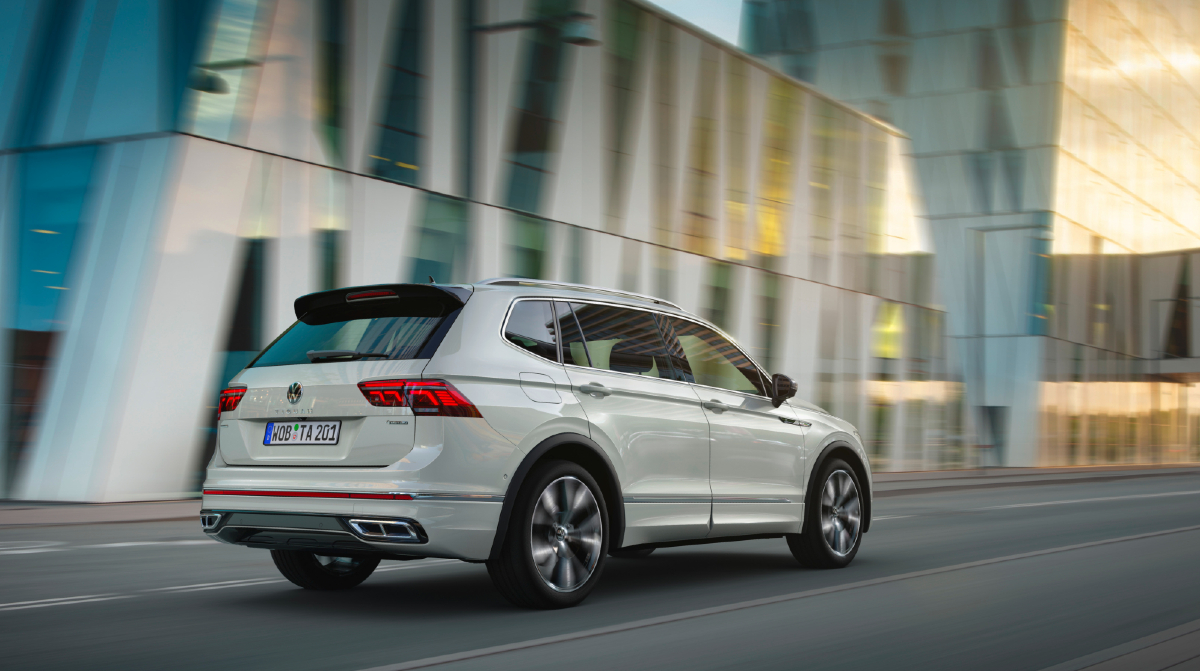 Volkswagen India is expected to continue to sell the pre-facelift Volkswagen Tiguan Allspace in India for now and has started accepting orders for a new batch of imports. We expect to see the facelifted Volkswagen Tiguan Allspace only by early next year here, following the debut of the facelifted standard Tiguan later in 2021. Prices should see a Rs 40,000 to 50,000 increase over the current Rs 34.20 lakh, ex-showroom.