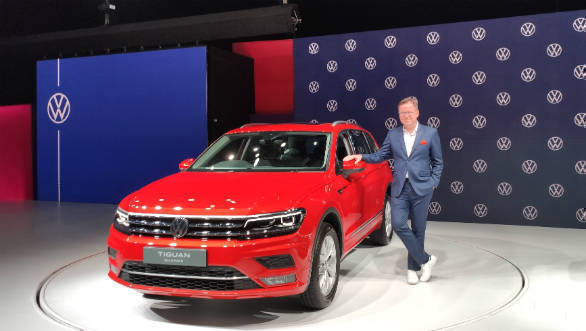 The Allspace's most notable addition is the third row of seats, which means the new SUV is 215mm longer than the standard Tiguan and has a 110mm longer wheelbase. In keeping with the carmaker's decision to move away from diesel cars in India, the Allspace will get a new 2.0-litre BSVI-compliant four-cylinder turbo-petrol motor that makes 190PS and 320 Nm. This will be paired with a seven-speed dual-clutch automatic gearbox and come with AWD. Notable features include a new digital instrument cluster, a panoramic sunroof, three-zone AC, Vienna leather upholstery, LED headlamps and seven airbags. An R-Line trim has been introduced too which adds sportier styling cues. 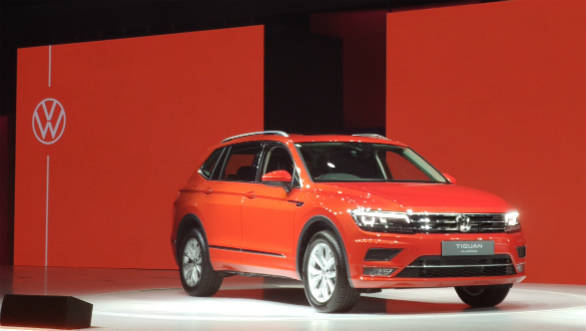 The launch of the Tiguan Allspace also marks the beginning of VW's new product offensive for India. The Allspace will be followed by the smaller T-Roc next week. The Allspace and the T-Roc will come in under the law that allows carmakers to bring in 2,500 CBU units without homologating them in India. These initiatives are part of the Skoda-led India 2.0 campaign, which is meant to increase the VW group market share in India. The highlight of this will be the locally manufactured C-segment SUVs coming in next year. These were previewed as the Skoda Vision IN and Volkswagen A0 concepts at Auto Expo 2020. The Skoda brand will also launch a range of products over the next year including the Kodiaq petrol, the Karoq, and the Superb facelift.