Scania Commercial Vehicles has launched its metrolink services in Mumbai called the SVLL Connect. SVLL Connect is an intercity service which will connect Mumbai to Surat and other destinations.

The Scania buses have been developed with special focus on medium and long distance luxury travel needs of the Indian customer. These vehicles have been purpose designed for intercity/charter travels and offer safety, good acceleration, strong low end torque and are environment friendly as well. Scania plans to expand its operation in India and to this effect it will inaugurate the second phase of its bus production facility at Narasapura, Karnataka. The company will also expand its dealership starting from South and West and later from the North to the East. The company has said that it will bring new technologies to India through research and development and will later enhance its portfolio by entering in to a wide range of products and services.

Anders Grundstromer, MD, Scania Commercial Vehicles India & Sr.VP, Scania Group, said, "This is an important milestone for the Scania Metrolink Luxury Intercity Coach. The commencement of SVLL Connect services using the Scania Metrolink, is a proof of concept, that what Scania has developed for India, is also well appreciated by India's bus operators, as well as passengers."

Scania has said that at a later stage it will also bring in new ideas like alternate fuels and operating lease to customers. 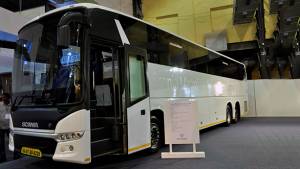 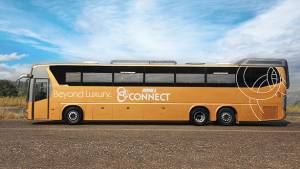 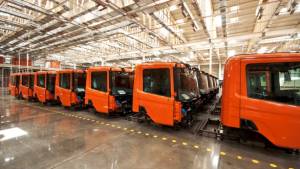