After the all-electric SUV was first shown at the 2018 Geneva Motor Show, spy images of the Audi E-Tron have appeared online of the production-spec SUV being tested.
The car here is thinly camouflaged in a similar manner to the show car. It looks like a sleeker, lower Q5 with design touches very similar to the brand combustion-engined cars. The camouflage is intended to mimic the high-voltage grid, orange elements illustrate the fact that the Audi E-Tron prototype is fully electric ? the lower part of the car, for example, is encircled with alternating orange and black segments. The expressive sills, with their colourful inserts, indicate where the battery and therefore energy center of the car are located. A distinctive feature is the full-width all-LED tail lamp. 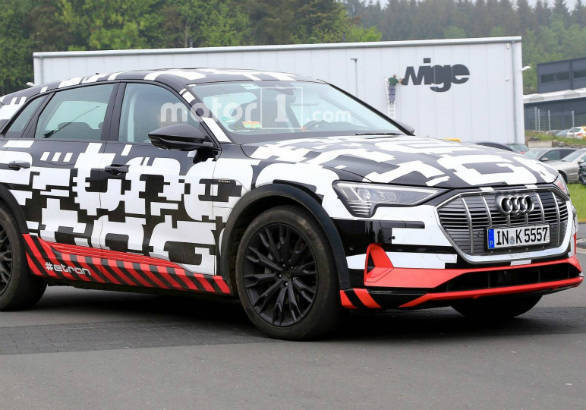 The E-Tron will be powered by a 95 kWh lithium-ion battery that should put out 435PS and upto even 503PS during a temporary power boost. The SUV should be able to cover 400km on a single charge. Audi states that the production version of the e-tron prototype can fill up on electricity at fast-charging stations with up to 150 kW charging capacity. In just under 30 minutes, the Audi e-tron is claimed to have sufficient driving range for a highway journey. The Audi e-tron SUV prototype will come equipped with electrical quattro. 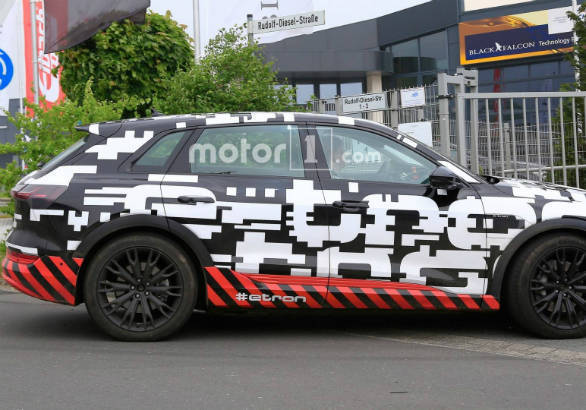 The production version of the Audi e-tron launches on the European market at the end of 2018. It will be the first of three all-electric vehicles Audi will have in its line-up by 2020. The other two will be a four-door Gran Turismo ? the production version of the Audi E-Tron Sportback concept ? and a model in the compact SUV segment. Audi will be launching more than 20 electric cars and plug-in hybrids by 2025 ? spread across all segments and concepts. 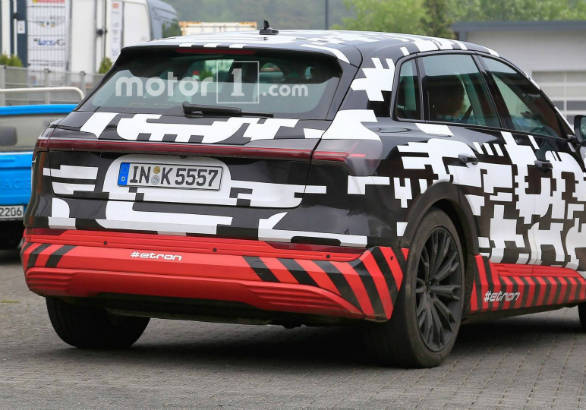 When launched the E-Tron will compete with the Jaguar I-Pace and the upcoming Mercedes-Benz EQ C. The E-Tron will be Audi's first shot at the electric car market and the German car-maker will use this car to reassert itself in the face of what is probably the biggest disruption ever seen in the car industry worldwide. Audi will use this SUV to set itself up to jump right in at the thick end of the electric car market and have all its bases covered.