One of Nissan's most important models, also the most popular SUV in Europe for several years, the Qashqai mid-size crossover is set to enter its third generation in 2021, and prototypes of the 2021 Nissan Qashqai, testing in Europe, hint at the vastly sharper styling it'll wear. The bigger news will be its new CMF-C platform and its electrification, with Nissan's e-Power extended range electric vehicle tech on offer, as available on the smaller Nissan Note, and similar sized Kicks e-Power in certain markets. Details haven't been specified yet, but it's fair to expect a 1.2-litre petrol serving as a range extender for an electric motor with around 129PS and 260Nm torque. 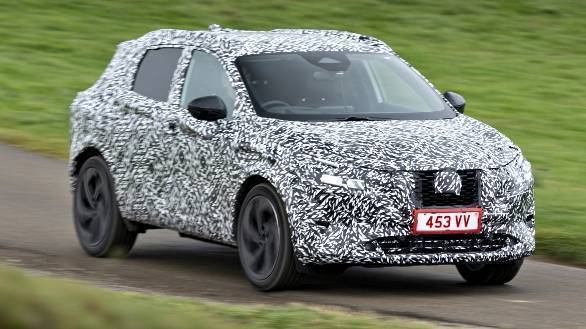 Heavy camouflage just about covers what is confirmed to be all LED lighting standard across variants, with the headlights featuring a split LED daytime running lamp and main headlight cluster, in a sporty-looking boomerang shaped layout. The 12-element LED headlights can also intelligently adapt the beam shape to road and traffic conditions. Aerodynamic efficiency is up, thanks to a flat underbody and an active flap in the front grille, apart from the styling that helps negate the drag generated by the front wheels, all pointing towards the efforts Nissan's taken to up overall efficiency.

The new-gen Qashqai will benefit from the new Alliance-developed CMF-C platform, which will endow it with better cabin and boot space, while advanced construction techniques and aluminium doors, fenders and hood will result in a crossover SUV that's 60kg lighter, and 41 per cent stiffer as well - for better efficiency, refinement and comfort. 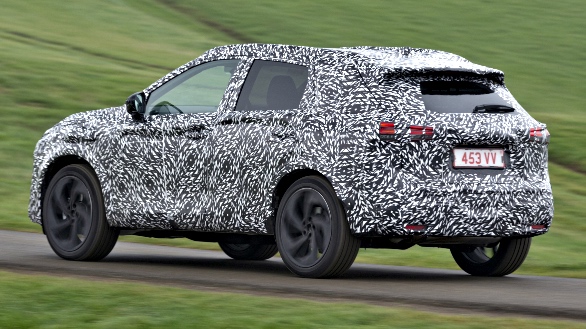 The new platform has also been engineered to provide better torsional rigidity than the outgoing model, with the new Qashqai offering a new suspension setup - MacPherson struts at the front, and either a torsion beam or multi-link setup at the rear depending on whether a FWD or AWD powertrain (respectively) has been specced. Apart from the range extender EV option, the Qashqai will also offer a 1.3-litre turbo petrol with 12V mild-hybrid start/stop assistance and torque-fill, for lower CO2 emissions overall. While the Qashqai may well not be on the cards for an India-launch considering the heavy localisation it will have to undergo to be cost-effective, the e-Power range extender EV technology is something that could have cemented Nissan's image as a technological first-mover if it had been presented at the right time.