Maruti Suzuki Ciaz: What we like and what we don't

Maruti Suzuki calls it the new Ciaz, everyone else calls it the facelifted Ciaz. The truth is, with a new 1.5-litre petrol engine and the Smart Hybrid technology, it's more than just a few subtle changes to how the car looks, and feels inside. The very experience of driving it suggests that the Ciaz is now a more well-rounded package, though there are still a few aspects we're not entirely happy with. Here's a quick roundup of what we think about the new Ciaz, though you can read our full impressions here. 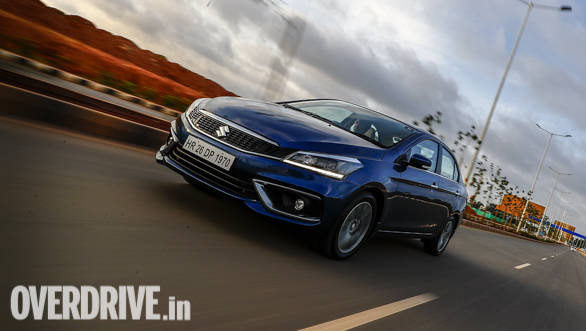 Sure, the sheet metal hasn't changed, but what has, is the image of the Ciaz ever so slightly. With a slimmer, more subtle grille, the front of the car itself appears wider and lower than the outgoing model. New LED lighting helps too, making the car look positively more upscale than before. The first thing that strikes you about the K15B engine is its smooth nature, especially in the low to mid-range. The good thing is that it definitely doesn't feel underpowered, though you do have to rev it out to get the most of it. As a reference, in fifth gear and at a cruising speed of 100kmph on the highway, you're still able to make an overtake without a downshift. 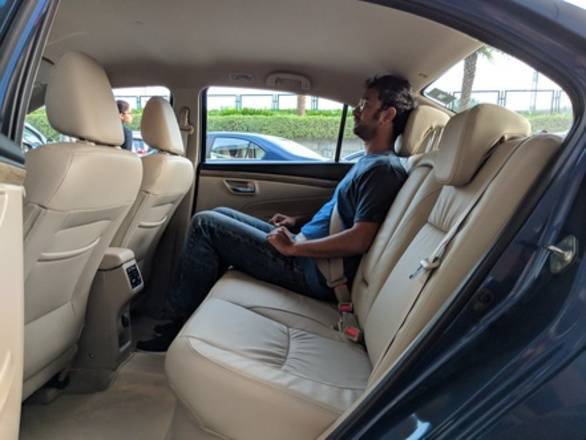 Being the longest car in its segment, with the longest wheelbase, has its advantages. Space, and lots of it. The front seats are nice and roomy, and the legroom in the rear (even for three) is more than adequate to cross one's legs, if you were so inclined. Taller passengers might brush their heads on the roof though, because of the Ciaz's low roofline. 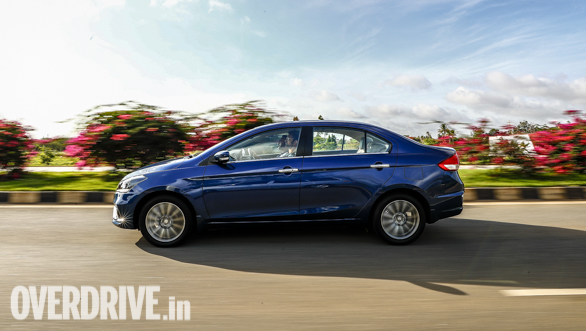 This you'll like very much. The Ciaz is very compliant in the ride quality department, its soft setup allowing it to glide over even the worst that Bangalore's roads could throw its way. The flipside is there are slightly more exaggerated body movements when making sudden lane changes. This is a slight surprise, considering that while we think the steering is well-weighted for city driving and highway speeds, when it came to low speed U-turns, we found ourselves having to firmly grip the wheel with both hands to get the job done. 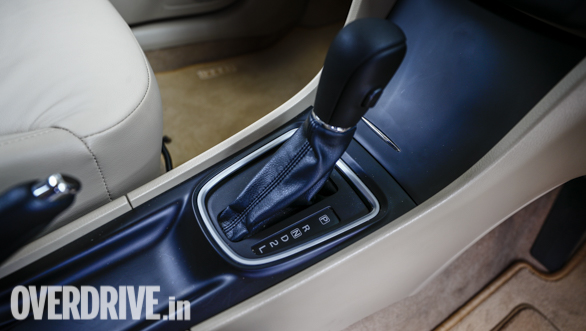 The four-speed torque converter automatic gearbox, just by the looks of its spec, seems like it's a generation (or two) too old. And, unfortunately, that's how it drives. It shifts very seamlessly under normal driving, but ask for more than that and it shows its weaknesses  lazy shifts and an affinity to drone without picking up pace. 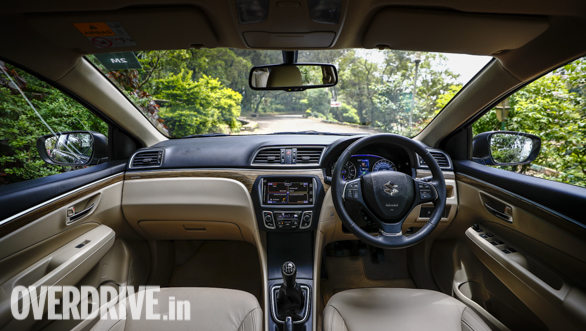 While the new petrol engine on the Ciaz is smooth and quiet at city speeds, there's a tendency for the engine to sound louder inside the cabin than it should when its revved. Traffic noise too could have been better damped.