Kawasaki has revealed the 2017 Ninja 650 at the Intermot 2016. It is based on the Kawasaki ER-6f but has received substantial changes. For starters, there're a new chassis and swingarm along with a new ZX-10R inspired styling which Kawasaki says has reduced weight by a staggering 19kg. It also claims to deliver 6.8 per cent better fuel economy than its predecessor.

On the 2017 Kawasaki Ninja 650, the 649cc parallel twin engine has been retuned to improve low- and mid-range torque delivery. This has been accomplished with the incorporation of longer header pipes, 36mm throttle bodies, new air-box along with a new intake and exhaust cams. The engine comes mated to a 6-speed gearbox and gets a slipper clutch as standard. 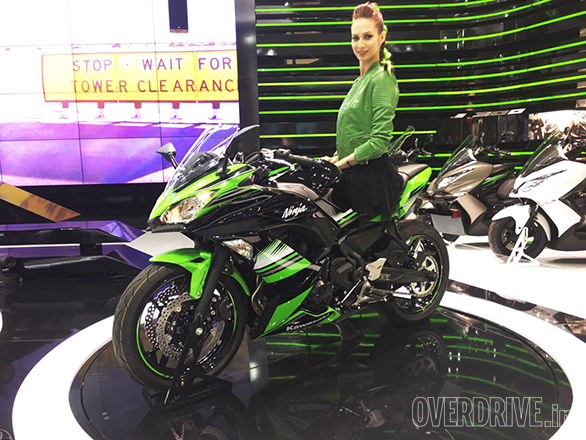 The 2017 Ninja 650 gets an all-new steel trellis frame and the chassis update suggests that it is a more serious sport tourer motorcycle.  This should help it stand out from the Versys 650, which we know have affected sales of the Ninja 650 and the ER-6n. We expect the new Kawasaki ER-6n to be showcased at the Milan Auto Show. 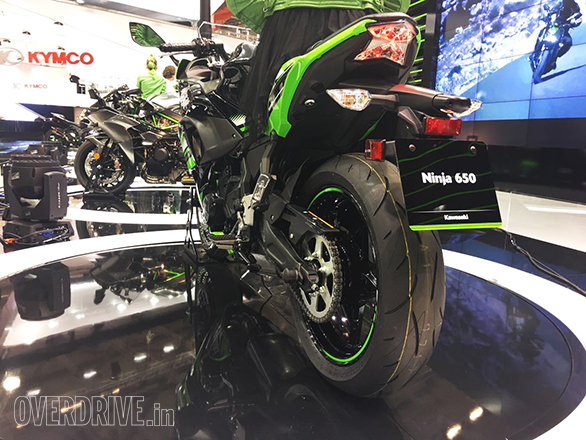 The new Ninja 650 gets new a suspension with 41mm telescopic forks at the front and four-piston Nissin calipers. The rear suspension uses a horizontal linkless system. It will be offered in lime green and ebony, metallic black, pearl white and candy burnt orange colours. The 2017 Kawasaki Ninja 650 is likely to be launched in India sometime around April-June next year. We do not expect a major price increase on the new model.