Honda has recently unveiled the Forza 300 Limited Edition maxi-scooter for the international market. The Forza 300 retains the same engine and body design from the 2018 model with the changes being in new colours schemes, stitching, top box and more.

Honda's mid-capacity maxi scooter keeps the standard four colour schemes to be made available with the addition of a new Limited Edition model featuring a grey and gloss black livery, called as the air-force grey along with red-stitched leather seat, rim tape, colour-matched 45-litre top box and altered Forza 300 logo. 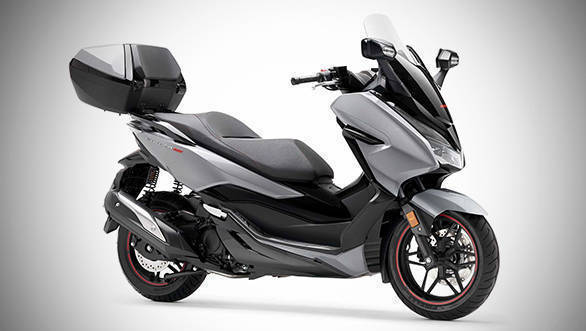 Apart from these cosmetic changes, there are no mechanical changes. The maxi-scooter features the SOHC four-valve 279cc engine producing around 25PS at 7,000rpm and 27.2Nm of peak torque which kicks in at 5,750rpm. The engine also comes with Honda Selectable Torque Control (HSTC) which helps to regain rear-wheel traction by detecting the difference between the front and rear wheel speeds. HSTC can be switched on and off via a switch on the console.

When it comes to boot space, the maxi-scooter can include space for two full-face helmets under the seat, which can be partitioned to store luggage separately which is secured via a smart key, that also controls the main ignition switch and optional 45-litre removable top box. The top box gets locked automatically as the rider walks away, or at the touch of a button of the smart key. 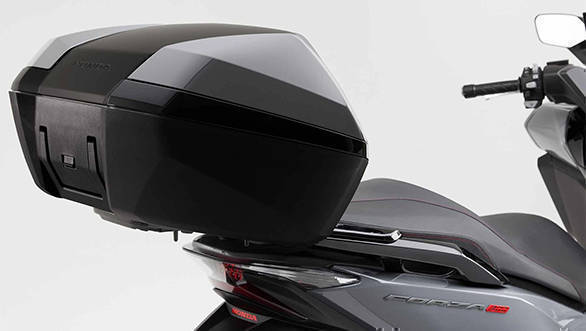 The Honda Forza 300 is going to come to the Indian market in 2021, after making four deliveries which garnered a good response from the general public.