Organisers have decided to cancel next year's Geneva Motor Show. This decision comes on the back of the heavy losses suffered by the organisers of the show due to the event's cancellation this year on account of the coronavirus pandemic and an unwillingness among auto manufactures to participate in the upcoming show.

The Geneva Motor Show's Foundation Board has also decided to sell the event and all its rights to Palexpo SA. This is a semi-private foundation that owns the show's venue. The decision was taken after the motor show board rejected a CHF 16.8 million loan from the Swiss government. This would have covered the estimated CHF 11 million loss that the organisers suffered as a result of this year's cancelled show, but the organisers may not have been able to meet the stringent repayment terms.

These terms asked for a show to be held in 2021, along with CHF 1 million to be paid by June 2021. This would have caused even more financial harm, given that there was no guarantee that the funds could be generated from an event with limited participation.

The organisers of the Geneva Show said, "A majority of GIMS exhibitors who took part in a survey, stated that they would probably not participate in a 2021 edition in and that they would prefer to have a GIMS in 2022. The automotive sector is currently going through a difficult phase, and exhibitors need time to recover from the effects of the pandemic. Furthermore, it is far from certain that the current health situation would permit the organisation of an event attracting more than 600,000 visitors and 10,000 journalists next spring".

The group said that all steps are being taken to ensure an international motor show takes place in Geneva in 2022. The Geneva Motor Show was the largest such event in Switzerland, bringing in revenues of over CHF 200 million.

Where are all the motor shows going? 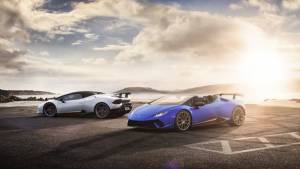