Formula E: DNF for Karun Chandhok at the e-Prix of Argentina

The e-Prix of Argentina was a race to forget for Indian driver Karun Chandhok. Karun's team Mahindra Racing Spark Renault SRT_01E suffered a right rear suspension failure that caused him to lose control and crash into the wall at Buenos Aires. Karun was hoping to capitalize on his strong form during the first and second free practice sessions where he finished fourth and sixth respectively. He was forced to retire after completing 15 laps of the 35 lap race. 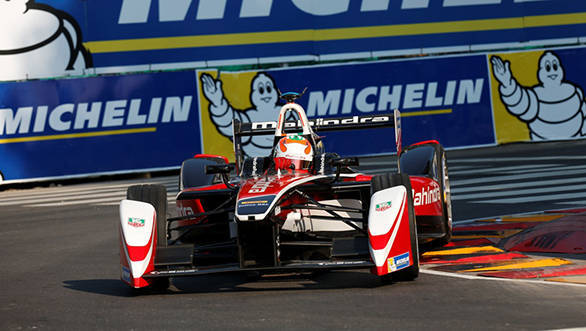 A very disappointed Karun said, "I was right up there in the first half of the race and looking good for a very strong result however the right rear suspension failed on my car which ruined the race. I had taken that corner in the same way all day so it's a little hard to understand and while it's great to see Bruno making the most of the pace it's a shame because we could have been up there with him. Overall I'm not feeling great about the race however we're going to move on and look forward to racing in Miami."

Karun's team-mate Bruno Senna on the other hand had a good race and drove brilliantly to bring the car home in the fifth position despite being a lap down at one stage. The Brazilian driver brought some cheer to the Mahindra camp as he raced past the field, picking up some valuable points for the team. 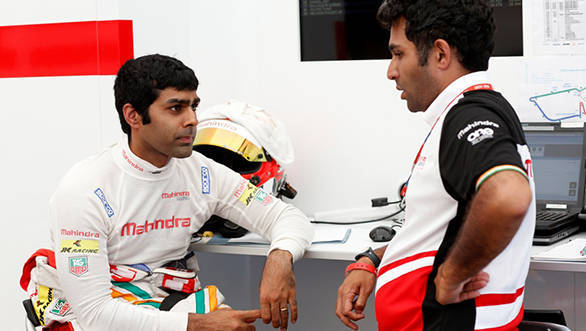 Mahindra Racing team principal Dilbagh Gill said, "It was a bit of a tough race for everyone and it was bad luck for Karun whose race was terminated due to a component failure. However the second half of the race improved a lot for the team with Bruno making up so many positions with a fantastic drive from his original starting position of 19th to finish fifth. We can be pleased with that but we're now chasing for a podium in Miami."

The race in itself was full of drama during the closing stages, with Portuguese driver Felix da Costa winning his first race of the season, benefiting from the misfortune that struck the front-runners.

Sebastien Buemi, who was leading after starting from pole position, gave into pressure from the fast charging Lucas di Grassi and ended up crashing after clipping a wall. Sadly, the championship leader, di Grassi suffered a similar fate to  Karun, his car's suspension snapping after two laps in the lead.

Nick Heidfeld and Sam Bird who were ahead of da Costa were each handed a drive-through penalty for a pitlane related offence. This put Felix da Costa in the lead as he cautiously drove the car past the chequered flag to secure his maiden win in the championship.

The next round of the FIA Formula E world championship is slated to take place in Miami on March 14, 2015.