On 18th May 2021, the President of the United States of America visited the Ford Electric Vehicle Centre in Michigan and began his speech to the workers by saying "My name is Joe Biden and I am a car guy".  President Biden also said that as of now, China was ahead in the EV game, but the US would not let them win the race. 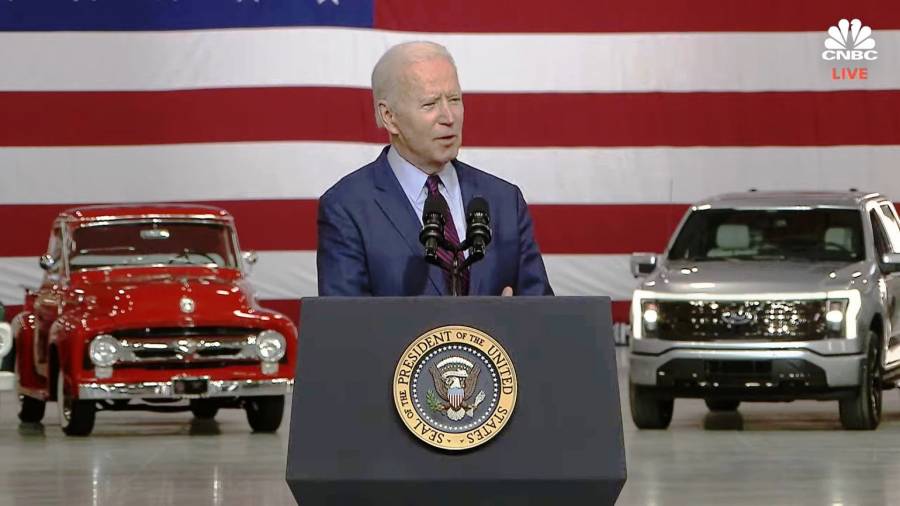 Later he took a test drive of an under development camouflaged electric Ford F-150 Lightning pickup and after few runs on the test track, the President floored it. He also spoke with the assembled media while seated behind the wheel, and when asked how his drive was, Joe Biden said, "This sucker is quick. The 0 to 60 (96 kmph) time was 4.4 seconds!" When a lady reporter asks him how fast was he going he says, "Ok, I am just going to step on it, I'll come off at 80 mph (129 kmph). You'll see what it is". He then says "ready" and takes off with the tyres screeching, which has all the onlookers erupting in spontaneous applause.

After watching the video of the President's test drive, I too felt like giving Joe Biden a standing ovation. In December 2020, I had written a story saying -The President-Elect is a complete car guy. The President addressing reporters from behind the wheel of the under development electric Ford F-150 Lightning pickup. Copyright AP Images.

And now President Joe Biden has said it himself and also proved it by test driving and flooring the still under development electric Ford Pickup. Makes him a cool car guy President, doesn't it.

US President-Elect Joe Biden is a complete car guy