Hybrid vehicles and electric vehicles (EV) are fast becoming the discussion point for our society. The reason being these platforms, over the years, have matured enough that our  purchase over the coming decade will surely comprise of either derivatives of a hybrid or a pure EV itself.

Talking about hybrids if I may, their architecture combines  the practicality of a current internal combustion engine (ICE)  based propulsion with benefits and efficiency of a battery-electric motor consortium. The latter is poised to define our automobile industry for next half a century or so to say the least. All this arrangement is designed to save fuel and our environment, since ICEs will be working lesser than before. Thus they will sip less fuel as well, and puff out lesser harmful gases from the exhaust. Till pure EVs are ready to take charge of our daily conveyance needs, just like current crop of ICE cars and bikes, hybrids like the Toyota Prius are the next sensible step towards progressing to the "green club". 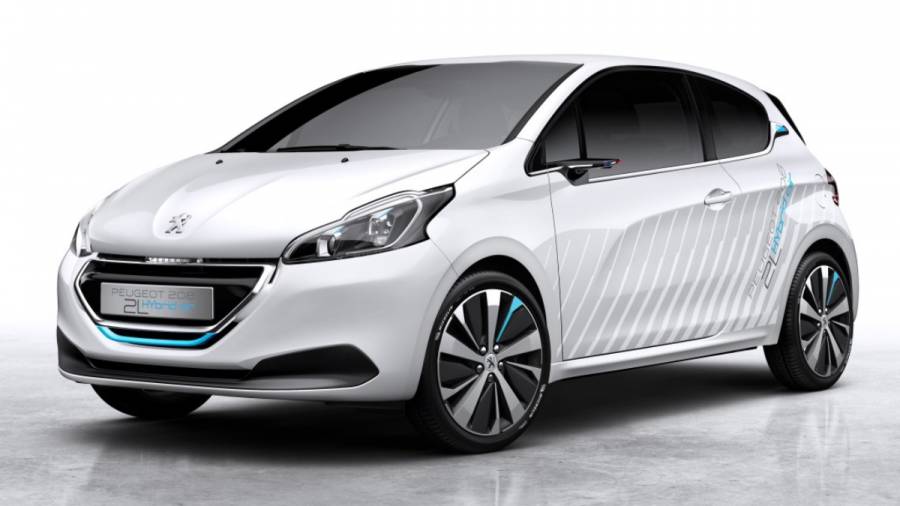 Now this is where the debate starts! Firstly, the process of manufacturing and recycling a battery for these hybrids and EVs is far from the tree-hugging kind. Both processes unfortunately add carbon dioxide back to our environment which defeats the whole purpose of introducing such a technology in the first place.

Secondly, lugging around heavy batteries and electric motors onboard negates the gain provided by them, especially in hybrids. Then again, the overall efficiency gain provided by hybrids is not proportional to the steep price rise that they ask for. It's the very reason these are not very popular in cost-sensitive markets like India.

Another problem is, when anyone talks about a hybrid car, what they are actually referring to is an electric hybrid, with battery and electric motor to assist the petrol/diesel mill onboard, because that is all we have seen so far. 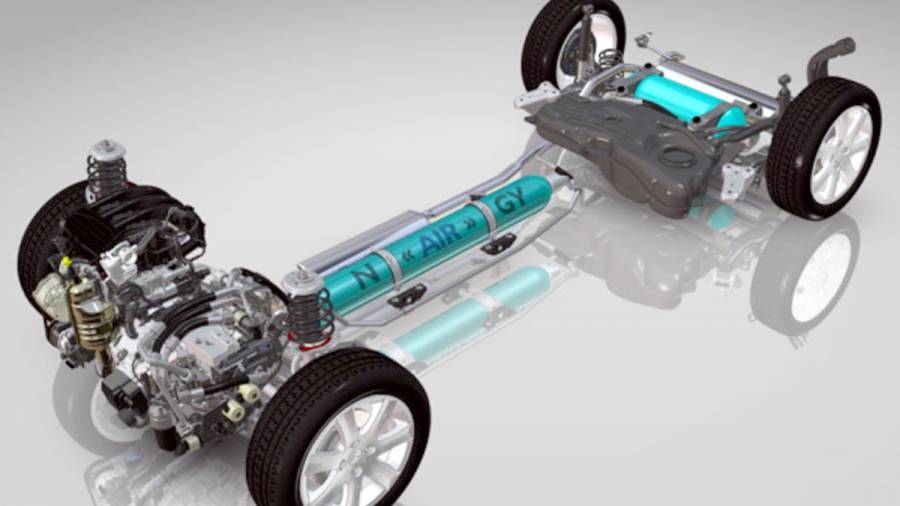 PSA Peugeot-Citroen Groupe thought otherwise while developing a hybrid. Rather than going for expensive and complicated  battery-electric motor setup, they focused towards harnessing energy from most commonly available energy source than any in the world, i.e. air. Yes, the very air that we breath is also an abundant source of energy. We just need to tap it the right way. Peugeot developed their air-based hybrid car, or more so Hybrid Air, using existing parts and technology. Thus being vastly cheaper than electric hybrid vehicles which comprise of expensive lithium-ion batteries to start with. Thus their cars were perceived as "hybrid cars for the masses" right from their onset.

These cars were designed with a 1.2-litre petrol engine, delivering 82PS, as the main propulsion unit. The hybrid unit were interestingly composed of a hydraulic pump, a nitrogen gas-filled steel tank and hydraulic fluid or oil. These two systems were interfaced through an epicyclic automatic transmission. So while the petrol engine propelled the car, especially during acceleration; during deceleration or braking, the wheels turned the hydraulic pump via epicyclic gear to pump hydraulic oil inside the nitrogen tank and compress the gas within.

Then during acceleration, compressed nitrogen pushed the hydraulic oil back into the system, which drove the hydraulic pump, which in turn assisted the petrol engine through the same epicyclic gear. This entire process was computer-controlled for efficient management and harness of energy. 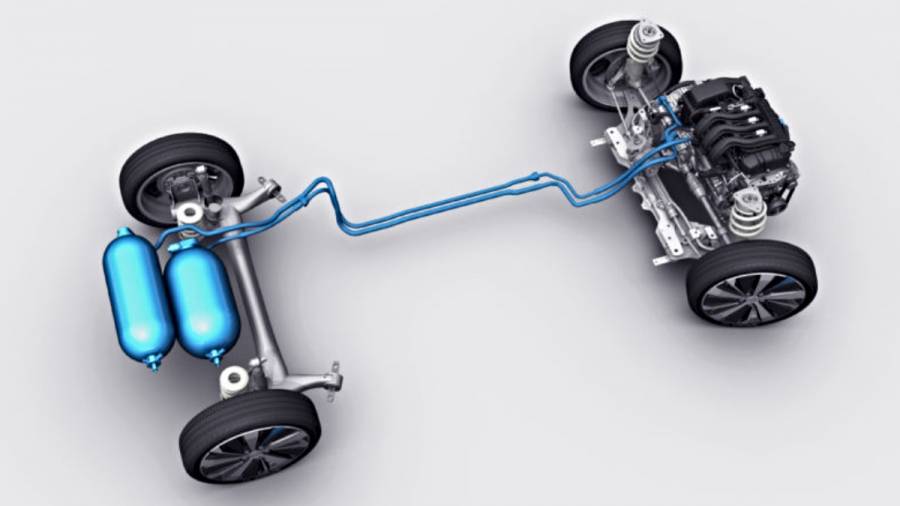 Thus, Peugeot's hybrid air recuperates energy during deceleration and provided it during acceleration, just like any electric hybrid. Also, the car was offered with three driving modes. First was a pure-air mode, strictly for dense traffic situation where the petrol engine was cut-off and the car was driven solely by nitrogen air for maximum efficiency. Second was the combined mode for mixed urban traffic scenario where petrol engine was assisted by nitrogen during continuously varying driving and traffic condition.

Third was of course petrol mode, for highways, where the petrol engine did the work for almost the entire duration of journey, but in eco mode, for the best possible efficiency.

Peugeot claimed a 35 per cent reduction in fuel consumption in the overall urban driving cycle with 10 per cent more saving in dense traffic situation. Add to all this, an unbelievable range of 34kmpl was observed during certification testing of a Peugeot 208/Citroen C3 with a hybrid air kit. Then why are we not seeing such examples on-road, over the more expensive electric-hybrid ones? Well Peugeot were developing this technology since 2010, with limited budget and under challenging market scenario. They were looking for an investor to share the cost of development, while also persuading their own and other European governments to subsidise their unique offering, a privilege enjoyed by electric hybrids even now in many countries. Well neither of it happened and by 2015, the project was officially shelved. 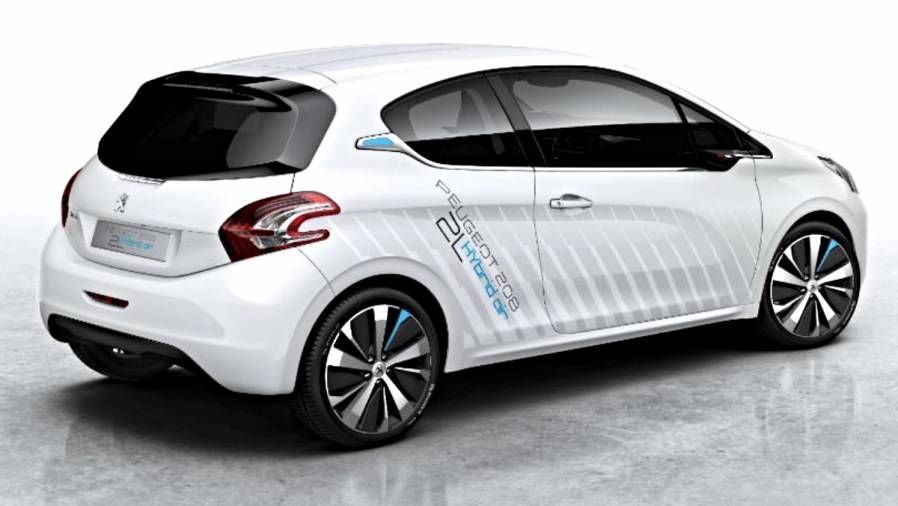 What could have been a different perspective for hybrids and energy recovery systems in our minds never came into being. Also, the cost of a mass produced hybrid air car would have been significantly less than an electric hybrid vehicle, since the hybrid air kit could be installed in any existing platform with minor modifications, without the need to develop a whole new platform for it as in the case of the latter. Thus they would have actually been on-road in large numbers and saving the planet, rather than being just a green statement like electric hybrids owing to their huge cost of ownership.

With ever improving pure EVs now entering the market, the revival of hybrid air seems even more unlikely. Thus it was worth taking a look back on what could have been, before the sun sets on it forever.

This article first appeared in the February 2021 issue of OVERDRIVE.