A year ago to the month, we were in the eye of the COVID19 storm. For the auto industry, the complete lockdown enforced during this period meant zero sales for April 2020, a situation that has never been seen before in India, or possibly around the world. The general outlook at this time, given the consistently slipping auto sales at this time, was one of quiet hopefulness. Buyers were expected to come out of the lockdown more interested than ever in personal mobility, the threats from shared ride-hailing services largely abated.

How the global semiconductor shortage began

But another development around this time, while not unnoticed then, has made this recovery a contracted one. With people locked up at homes working and with not much else to do by way of entertainment, there was a massive surge in the demand for consumer electronics like phones, laptops and gaming consoles. Cloud computing, more critical than ever now, was a big driver in the demand for semiconductors - the literal core of all of these technologies. A report by the International Data Corporation states a 5.4 per cent increase in semiconductor sales the past year, up from a dip in 2019. And with COVID19 now accelerating a shift to digitisation and even more dependence on semiconductor-heavy devices, the same report estimates that this industry has the potential to grow by 7.7 per cent in 2021.

Bottlenecks have arisen around the manufacturing of the chips to meet this demand. Although Intel, the world's largest chipmaker does this in-house, the general trend in this industry is to hive-off manufacturing of these complex, capital-intensive components to specialized firms. This has meant that Asia now accounts for a large chunk of the facilities that handle the specialized stages of semiconductor manufacturing. The two largest by far are Taiwan Semiconductor Manufacturing Company(TSMC) and Samsung, followed by several smaller firms. While TSMC largely caters to the electronics industry, many smaller but significant firms play a critical role in automotive production, specializing in chip production for the industry.

Why auto manufacturers were affected by the semiconductor shortage

For the auto industry, the crisis stems from a host of factors that have worked against it over the past year, not least because of the complexities of automobile manufacturing. Just as demand for electronics began picking up in 2020, auto firms cut production and consequently semiconductor orders, to manage costs. So now, when demand has reached, or sometimes surpassed pre-COVID levels, these semiconductor manufacturers don't have enough chips to supply to auto manufacturers, having shifted capacity. 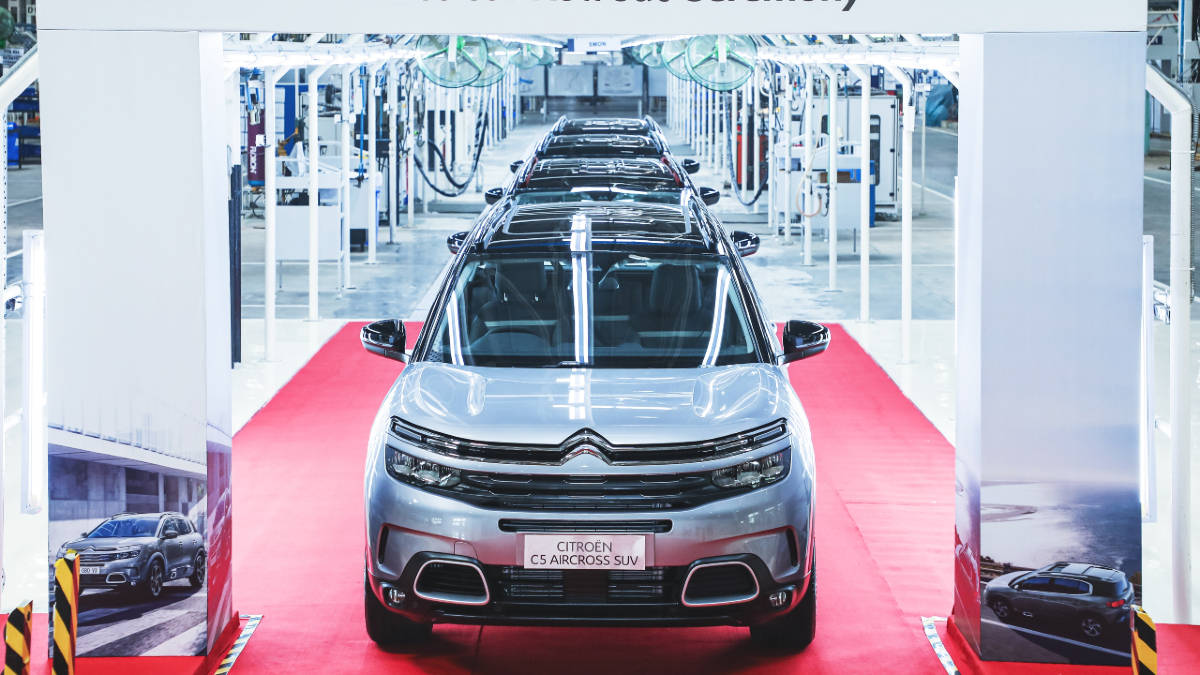 The auto industry's complex supply chains, which work very well at churning out cars quickly, also leaving it excessively vulnerable to such shortages. These supply chains depend on tiers of vendors, all working on tight schedules to meet the industry-standard just-in-time inventory practices. Exasperating this further has been global delays in transportation with shipping routes affected due to COVID19 delays and air freight more focused on COVID19 vaccine deliveries. The recent blockage of the Suez Canal may affect Western automotive production more than Indian firms, given our geographic position.

In a perfect storm of sorts, fires and accidents, most notably at chip-maker Renesas's facility in Japan have hampered the supply of automotive semiconductors further. Renesas Electronics controls about 35 per cent of the automotive semiconductors market and full recovery could take months says the firm. And shifting suppliers is easier said than done, with the unique demands of automotive semiconductors. The auto industry uses larger 150 nm chips, unlike the smaller 7 nm ones used in phones. With the much lower failure rates needed for cars, chips need to have more redundancies built-in and size is not much of a concern. Automotive chips also need to withstand a higher range of temperatures and processing speeds can be lower than phones, although the latter might change as 5G-equipped connected cars become the norm.

The impact of semiconductor shortages on the auto industry

This complex situation has led to quite a familiar problem, long waiting period for deliveries, going up to six months for some models. A situation compounded by the heavy demand that has been seen since lockdowns lifted across the country. Although it must be said that the effects of this crisis haven't been uniform across the industry, with some firms worse affected than others. Most firms we spoke to, however, agree that the crisis will last at least the first half of this year, or even run into 2022 if supply doesn't ramp up quickly enough.

A spokesperson from Skoda-Volkswagen India tells us,"Based on current conditions, we assume that the chip supply situation will remain tense during the first half of the year. We remain unaffected, thanks to the stringent production planning that allows us to be flexible and react quickly to the market, and expect to sustain production till the restoration of supplies later this year." Mercedes-Benz India echoed similar sentiments, however, more localized players without the large-scale global supply chain that the VW Group or Daimler has access to seem the hardest hit. A representative of Tata Motors said," Tata Motors is taking appropriate measures through better planning and close coordination with all its affected suppliers to mitigate the impact on the production of vehicles in turn affecting our customers. We anticipate that these global industry challenges are likely to continue in FY22 and believe that this is a wakeup call for the entire auto industry."

The Tata Motors quote goes on to say," We must have better visibility across our multi-tier supply chain to manage lead time sensitivity. The aforementioned shortage calls for re-modelling of supply chains, adoption of digital solutions and appropriate use of analytics as we navigate through the same and move forward." A report from consulting firm Deloitte estimates that by 2030, the cost of electronics will contribute to 50 per cent of the entire cost of manufacturing the car. This is a significant jump from the 35 per cent that it was in 2010 when we first started seeing the most basic forms of ADAS and an even wider gap from 2000 (22 per cent) when airbags and ABS started becoming commonplace. It estimates that the cost of semiconductors as a percentage of the total cost of the car, has grown by the highest margin between 2017 and 2022 at 23.9 per cent for ADAS functions. This is followed closely by the battery and powertrain management systems that EVs and hybrids bring with them, expected to touch 21 per cent in the same period. These are two of the top five technologies across sectors which have seen the highest increase in semiconductor cost. With electrification and autonomy come more sensors and consequently more semiconductors. And now, with the Indian auto industry much more in sync with global trends, and both ADAS and EVs set to become commonplace here over the next decade, this jump in semiconductor usage will be even higher for India. 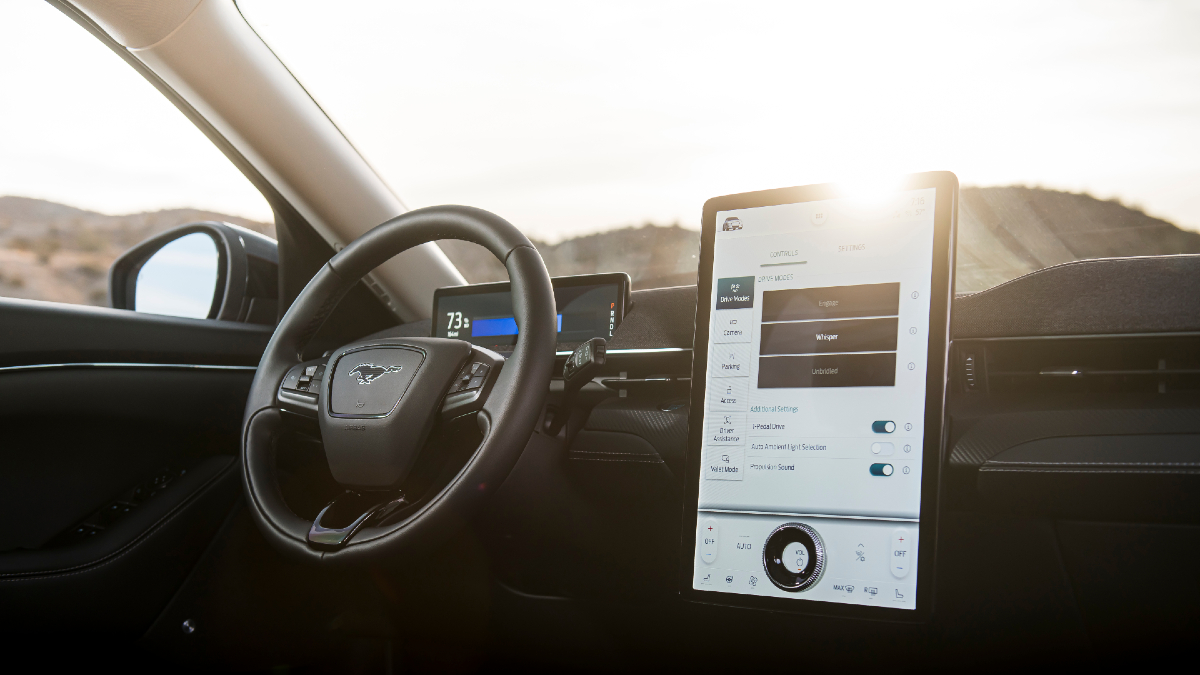 While semiconductor firms are expected to seize this growth opportunity and offer more consistent supply to auto firms, firms will also have to evolve to the new reality. The tiered supply chain should change eventually to a more dynamic process where semiconductors are supplied to all levels of the supply chain, right from component manufacturers to the production line. The latest trend of consolidation in the automotive industry and investment into new age EV start-ups should streamline this process further. But as it stands, this shortage is another indicator that the automotive industry is on the cusp of possibly its biggest transformation, where the lines between personal mobility and electronic gadgetry are blurred further still.