Advertorial: Drive to Mumbai to learn about Yoga in the Datsun redi-Go

In the previous two seasons of the Datsun #GoThere contest, we have learnt about different cash crops and witnessed the making of Kolhapuri chappals which are unique to India. We even met a Kalaripayattu guru to learn about this indigenous martial art form which originated in Kerala. Now, in the first edition of the third season of the Datsun #GoThere contest, we got to learn fascinating details of an ancient practice which has made our country popular around the globe. Yoga is derived from the Sanskrit word 'yuj' and is considered to be 'a way of life'. It is believed to have originated around 2,500 years ago during the Indus Valley Civilisation. It has been mentioned in the Vedas and Upanishads which are sacred Hindu texts and also in Buddhist and Jain teachings. It comprises of various postures and breathing techniques which help one synchronise the mind and body. Yoga involves the mind, body and spirit and focuses on overall well-being. There are a variety of schools and practices, but broadly it is classified into traditional or classical and modern yoga. 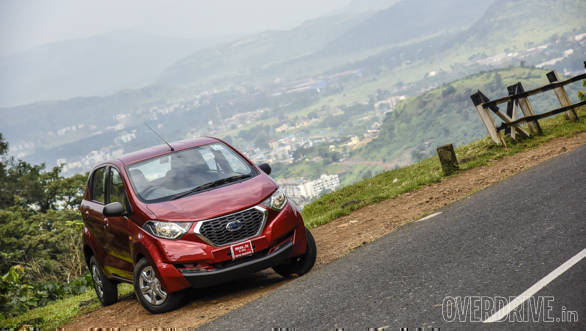 To find out more about yoga, we decided to visit The Yoga Institute located in Santacruz (East), Mumbai. Established in 1918, it is the oldest organised yoga centre in the world and is the first school to conduct government-certified courses. Hansaji J Yogendra is the director of the institute and she had promised to spare a few minutes from her hectic schedule to help us understand the basics of yoga. 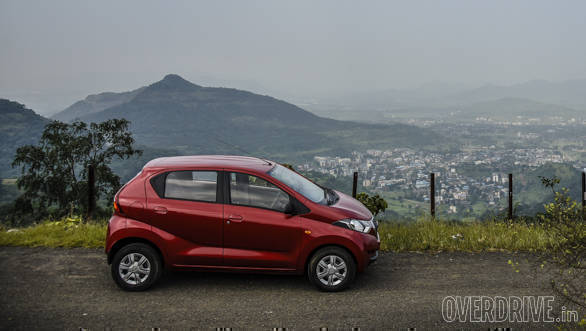 For this edition, we began our journey in Pune, with the contest winner Annabel D'souza. After taking possession of a Datsun redi-Go, we began our journey to Mumbai. Despite the small footprint, the redi-Go offers a reasonable amount of boot space, and we barely had any trouble in placing three large bags. The powerful AC unit turned out to be a much-needed relief as it cooled the cabin down in a jiffy. 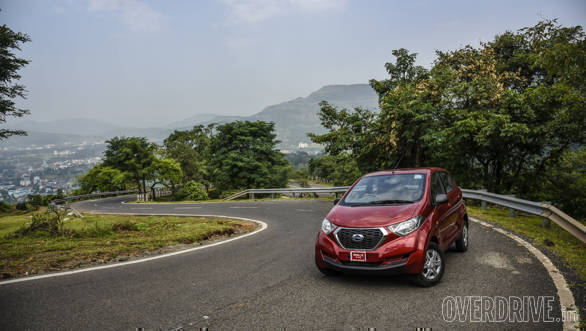 Pune is around 140 kilometres from Mumbai and is connected via the Mumbai-Pune Expressway and the old highway. We chose the latter as it is far more scenic. The road is well-paved for the most part, but there are few tall and poorly built speed breakers. The 185mm ground clearance of the redi-Go ensured that we didn't have to worry about scraping the underbelly. Also, the suspension did a good job at soaking up the impact of crater-sized potholes and undulations. 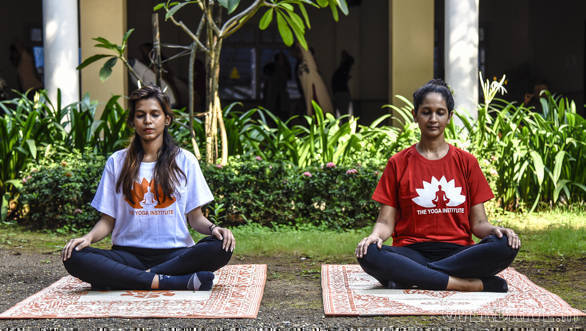 We happened to reach The Yoga Institute by late afternoon. It imparts knowledge on the traditional form of yoga. As expected, a reasonably large batch of students were being taught the basics of yoga. An instructor was guiding the students on how to perform the Sukhasan, which requires one to be seated in a simple cross-legged position on the floor. The students are being told to keep the spine and neck straight and not slouch. This asana helps one relax the mind and regulate breathing. Just as we were about to approach the instructor with a variety of questions on asanas, Hansaji spotted us. 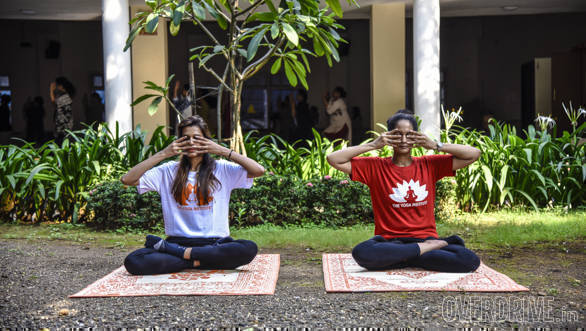 She introduced us to yoga by saying that it is a life science which teaches one how to live better. It is important for everyone to learn how to control the mind, ignore distractions and gain mastery over oneself. Yoga deals with human psychology and philosophy and utilises various techniques to create a balanced state of mind and body. It involves various asanas and pranayamas which help ones in maintaining their energy levels. 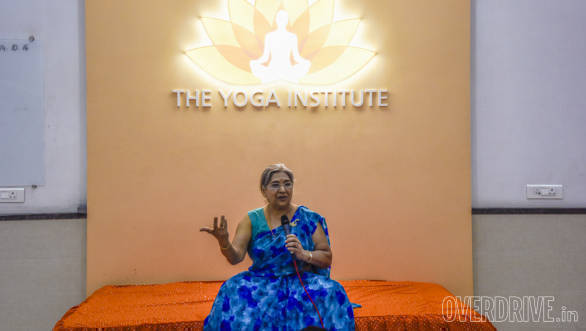 Hansaji says that in life one always has the choice to either let the chaos affect them or ignore the distractions. Giving the example of an everyday driving scenario, she says that we often find people who are either driving too slow in the wrong lane or driving too fast. If we choose to get affected by such disturbances then it will be our loss as we will develop health issues like hypertension. Yoga teaches one to be mentally alert, become happy, and healthy and not suffer due to the chaos or disturbances around us.  After getting acquainted with yoga, it was time to quieten our grumbling stomachs by savouring some kheema ghotala and fish fry that Mumbai is known for.  In the next editions, we will explore some other unique bits of India. 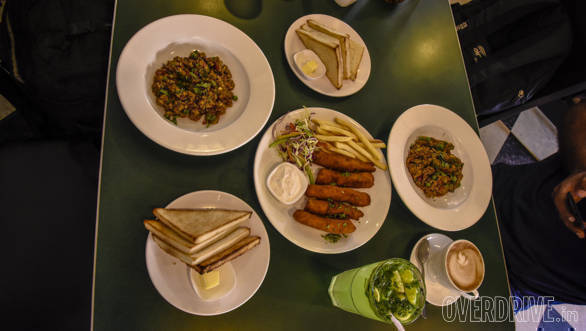