The Sherco TVS Factory Rally Team has just announced its rider line up for the 2018 Dakar Rally. The team will comprise of three riders- Joan Pedrero Garcia, Adrian Metge and India's Aravind KP. The trio had put up a strong performance at last year's Dakar Rally, with Pedrero finishing a commendable 13th. Metge finished the gruelling Rally in 22nd position. Aravind KP, who was debuting at the 2017 Dakar, was forced to retire after a crash during Stage 3 led to injuries. He is hoping to put the incident behind him and finish the 2018 Dakar. 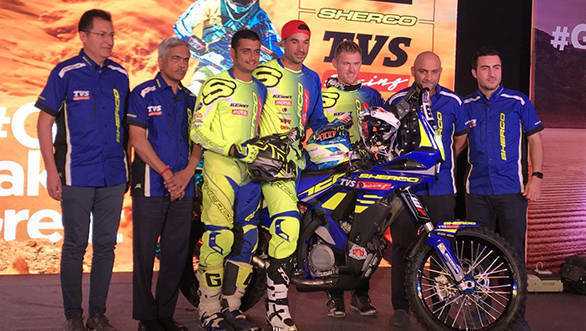 Speaking at the announcement ceremony Thomas Teissier, general manager, Sherco Motorcycles said that the team's preparation has become more focused and fierce with each passing year. This is the fourth year of TVS and Sherco's partnership.

Joan Pedrero Garcia will be participating in the Dakar Rally for the 10th time. The 39-year old has been a regular since 2009. He attributes his success to his passion for motorcycles since an early age.

Adrien Metge has been racing since the age of 5 and has participated in all forms of two-wheeled racing. He has won the Brazilian Enduro Championship in 2014 and 2015 and joined the Sherco TVS Factory Rally Team in 2016. 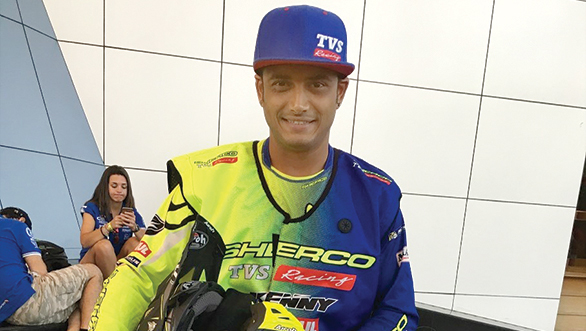 Aravind KP has been with TVS Racing for the past 10-years and has won 16 National Championships in Dirt track, Rallies and Motocross formats.

Preparations for the 2018 Dakar have been going on in full swing and the riders have been busy sharpening their skills aboard the RTR 450. The Sherco TVS Factory Racing recently had a pretty good run at the 2017 Oilibya Rally Morocco, with Juan completing the Rally in the fifth position. Adrien Metge and Aravind KP managed to finish 10th and 13th respectively. Besides Rally Morocco the Sherco TVS Factory Rally Team also participated in the Baja Aragon, Merzouga Rally and the PanAfrica Rally in 2017.

The 2018 Dakar Rally is also the 40th edition of the event and will take place from January 6, 2018 to January 20th, 2018. The Rally will begin in Peru, from the capital city in Lima. Peru has not hosted a Dakar stage since 2013. In 2018, Peru will host five stages of the Dakar, after which the next set of stages will be held in Bolivia. The final stages are set to take place in Argentina. There will be 14 stages, in all and the riders will cover over 9,000 km. 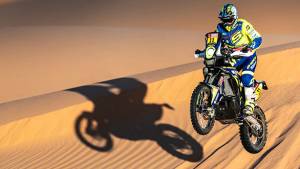 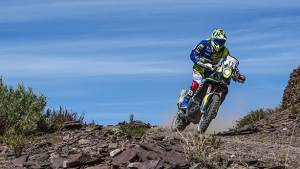 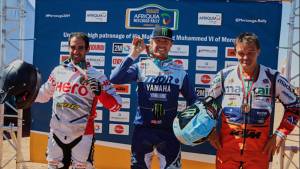