BMW International GS Trophy Day 8: Through the Ongi River Basin to a hospital at Karkoram

It was a 5 am wake-up call and the campsite was slow to wrap up. But Tomm Wolff was ready and pointing to his wristwatch impatiently. 300 kilometres to get out of the Gobi wasn't going to be a short day. And two specials thrown into that weren't going to make the day go by any faster. The reward though, was that this was the last day of the desert and the sand. We were moving on to greener pastures quite literally  the Ongi river basin. 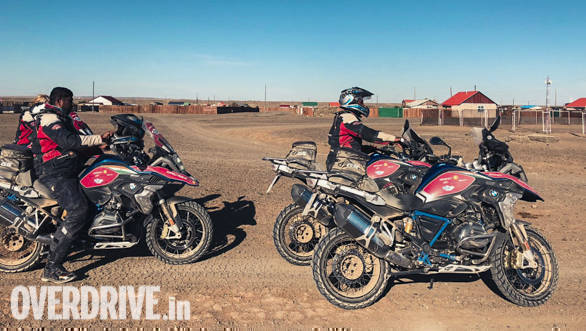 The day started off well with the first challenge (just as we left camp) going by pretty smooth. It was a zigzag crossing across the river and it's gravel filled banks. I was the motorcycle to lead with Sanket behind Suprej bringing up the tail. Sanket got a bit stuck at the second crossing, but Suprej and me who crossed the finish were quick to jump in and help him. The Eurafrica  all ladies team who were riding with us for the day, were also pretty quick across the line as two of them doubled up to help the third member across. 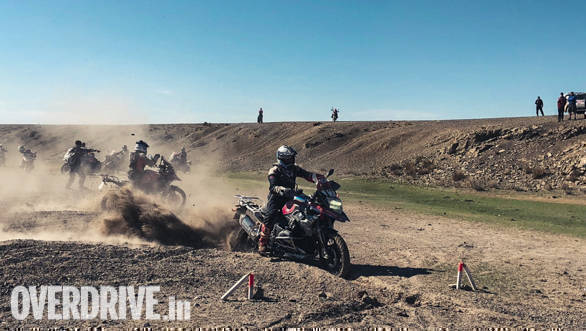 If there was any truth in the flat earth theory, it was the next 200-odd kilometres that we rode. You could see the brilliant blue sky touch the horizon and a flat glass-like ceiling of interspersed cloud. It was truly magical if only you could look at it long enough. However, parallel sandy rutted tracks that were booby-trapped with little burrows and mounds is where your attention is really needed at 80 kph. 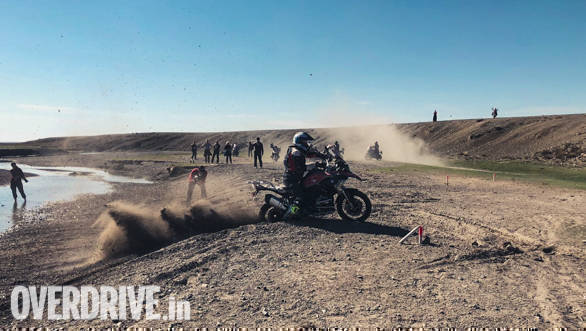 We reached the Second Special close to 5 pm and were just about hanging in there. This was a garage course in between a rock formation. The track was already lined with ruts but our practice sessions paid off and we cleared it without too much of a hassle. South Africa, however, aced the day and it seems like they're running away with the title with USA a bit behind. 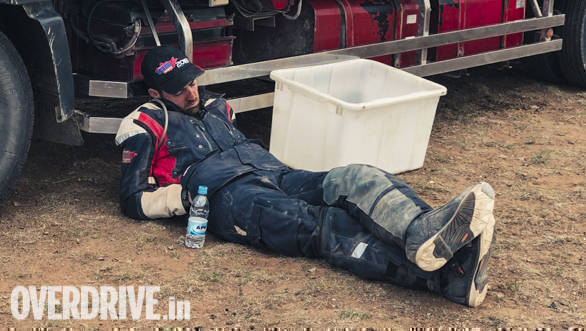 Camp was still about 40 clicks away from the second special. And having just finished the challenge, we were completely spent. We left the special stage and moments later hit an uphill section with some deep ruts and sandbanks on either side. I was powering my way through when the motorcycle got stuck in a rut. 'Throttle it out already, I want to get to my sleeping bag' was the wrong thought to have at that moment. The GS bumped its way out of the rut but the tail stepped out completely sideways and got traction. 'A toilet seat drop' was what one of the Marshals described that kind of crash. Can't stop it from happening. Shoulder first into the dirt my GS gave no quarter. 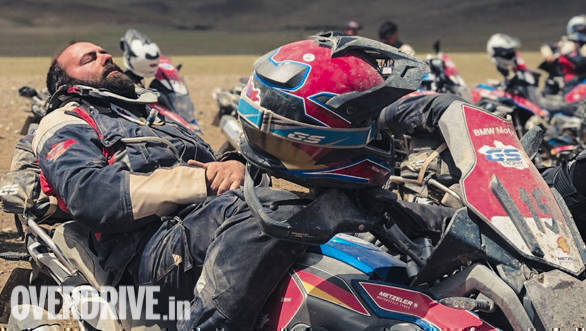 I was up on my feet in no time but took a moment to realize that this wasn't just another one of those tumbles. I had just had the wind knocked out of me. Team Eurafrica helped pick up the motorcycle and get me back on and we rolled along easy to camp. I could feel a crunching sensation in my left shoulder and was worried that it was two loose ends of the left clavicle. There was very little pain as the adrenaline was keeping me going, but as we stopped at the gas station, it started to wear off, and using the clutch was a challenge. 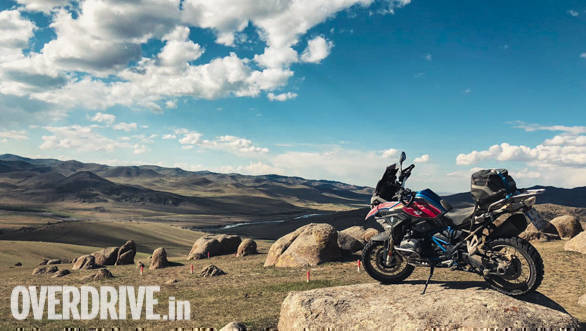 At Camp I went straight to Doctor Thomas, he is, for lack of words at this moment, one hell of a dude! He rides his motorcycle all day and fixes people up when he's not on it. His team makes sure all the participants are taken care of in any emergency. He had a look at it and assured me that my collarbone was well and intact. However, all three ligaments on the AC joint had snapped. 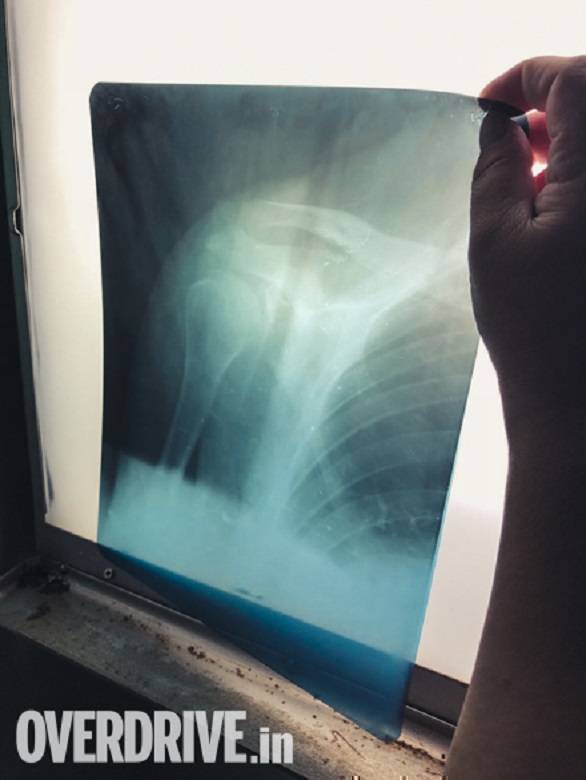 So Doctor Demba, he's the local trauma specialist accompanying the trophy, and I set off on our little side adventure to the town hospital at Karkoram. The X-ray technician isn't in but will be here shortly the hospital tells us. Twenty minutes later the sweetest lady shows up in her basketball sweats. She was playing across town when she got a call. She lined me up to the machine, and then even let me watch as she used the two-process chemical dip method to develop the film. Much like 1993 then. We spotted a crack in the clavicle on the X-ray but she's assured me that that's just the faulty machine. So I've got my shoulder taped up and some happy pills in me. No riding tomorrow, but the pain should subside and the doctor will make a decision then. 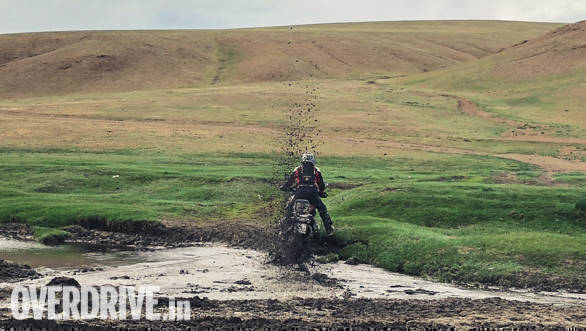 What does this mean for Team India now? Well, one of the Special Stages tomorrow isn't a riding stage, so that's a shot in their arm as I could definitely chip in. 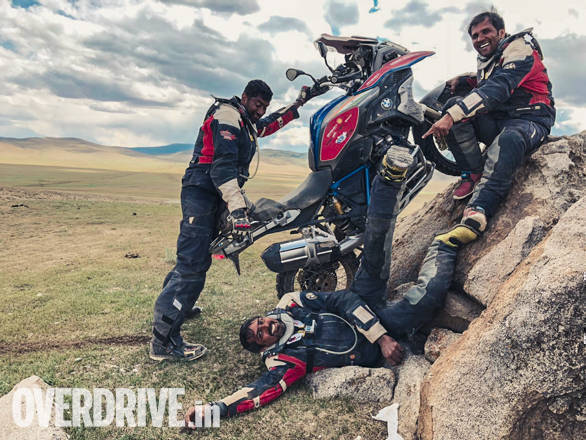 Also thanks to all of you who've been following us and those who voted for our pic. The second photo contest is on. Please visit GStrophy.com and vote for us. Tell all your friends too, it gives us a ton of points.

To stay abreast with Team India's progress and to get latest updates from Mongolia, you can follow the International GS trophy 2018 here.