With the Pikes Peak hill climb coming up this weekend, Bentley has announced it has finished preparing an example of its Bentley Bentayga SUV for a record run up the hill.
To give itself the best possible chance to set the new record for the fastest production SUV up the mountain, Bentley is using the top-spec W12 version of the Bentayga for this attempt. Piloting the SUV will be the Rhys Millen, the New Zealander who has won Pikes Peak twice outright. 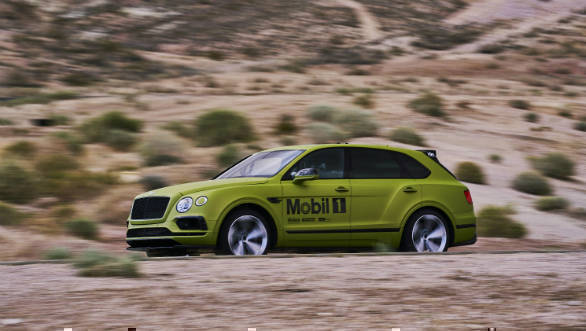 The Pikes Peak Bentayga retains the 608PS, 900Nm 6.0-litre twin turbo W12. But changes have been made to it to make it more competitive. The Pikes Peak Bentayga has been stripped of its interior trim. Losing the wood, seats, leather and sound deadening has led to a 300 kg weight saving. A full roll cage, race seat and fire extinguisher system has been fitted to meet regulations. Other notable changes are an Akrapovic exhaust for better breathing and Bentley's Styling Specification package. This adds carbon fibre bits like a front splitter, rear diffuser, side skirts, and rear spoiler. 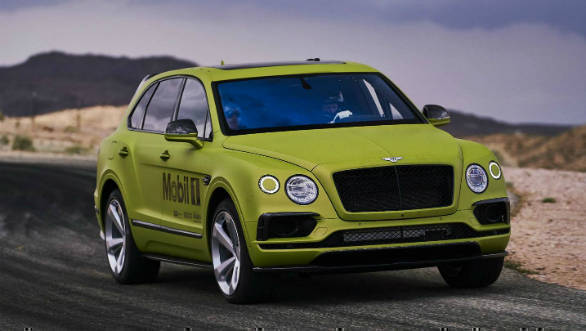 The standard Bentayga W12 gets from 0 to 100 kmph in 4.1s and on to a top speed of 301 kmph. The current record for a production SUV is 12m 35.61s. This was set in 2014 by Land Rover in a Range Rover Sport. This year will also see Bentley's parent company Volkswagen's attempt at the electric prototype record with the I. D. R Pikes Peak. 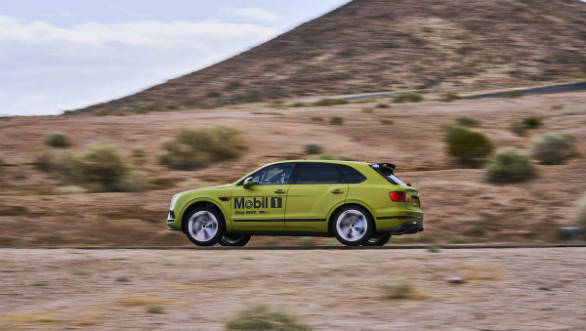 The international Pikes Peak hill climb (also known as 'The Race to the Clouds') has been held since 1916 near Colorado Springs in the Rocky Mountains, USA. The 19.9km route runs from the start-point at an altitude of 2,800m to the summit at 4,300m above sea level, with drivers having to negotiate 156 turns along the way. The event is one of the better known hill-climb events on the international motorsport calendar and has seen credible performances from manufacturers like Audi, Peugeot, Toyota and Suzuki.