The third-generation Nissan Qashqai is all-new from the ground up, and as one of Nissan's best-selling SUVs in international markets, represents a promising future direction. It's quite a departure from the previous Qashqai mid-size SUV/crossover, also sold as the Rogue Sport in the US, a model that looked to capitalise on the best-selling success of the larger Rogue in that market. The new Qashqai debuts the Alliance's updated CMF-C platform, developed for increasingly electrified powertrains, and the Qashqai's two powertrain options are exactly that - a 1.3-litre 12V mild-hybrid (138/156PS, FWD/AWD versions available), and an e-Power variant that uses a 1.5-litre petrol engine exclusively to juice up the onboard high-output battery that powers a 187PS electric motor, which drives the front wheels, negating the need to charge the SUV that operates just like an EV otherwise. Transmission options include a 6-speed manual or new XTronic CVT. While it's unlikely the Qashqai will make it to India anytime soon, the new CMF-C platform holds promise for future products, if deemed profitable for it to be localised. Styled by Nissan's European design studios in the UK, the new Qashqai features a larger expression of the V-motion grille, flanked by sharp LED lighting. While the new Qashqai holds lines to the outgoing model, it has gained 20mm in its wheelbase, being 35mm longer overall, 25mm taller and 32mm wider - enough to give it a slightly more imposing stance, helped by the option of 20-inch wheels for the first time. As with the all-electric Ariya, Nissan's most aerodynamic crossover, Nissan's engineers have paid special attention to how slippery the Qashqai is, also featuring an underbody designed to reduce drag. 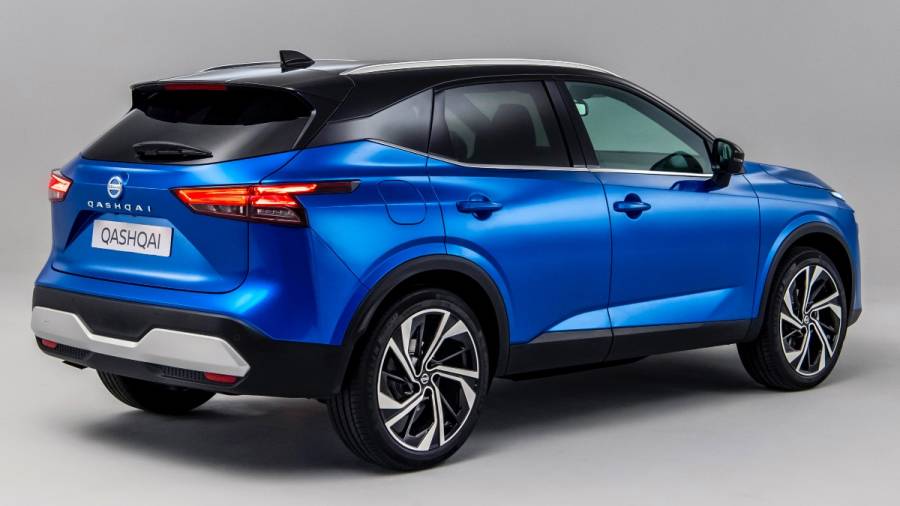 Thanks to its doors, hood and front fenders being made from aluminium, and advancements in the production/stamping process, the Qashqai's body in white is also 60kg lighter than the outgoing model, as well as being 41 per cent stiffer. The new CMF-C platform also holds improvements in terms of NVH refinement, and ride quality, helped by a new suspension setup with McPherson struts all around, in conjunction with a torsion beam for the 2WD variants, and a multi-link setup for the AWD models. 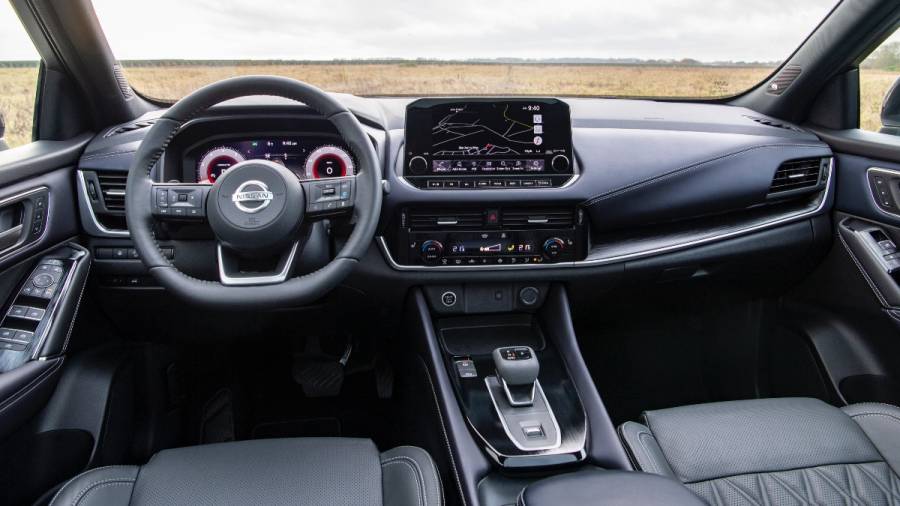 The new Qashqai's completely restyled cabin features new displays for the infotainment and instrumentation too, a 9-inch infotainment touchscreen with wireless Apple CarPlay, a 12.3-inch digital instrumentation panel, and a 10.8-inch heads-up display, the largest of its kind in the segment. The Qashqai also features upgraded NissanConnect connected tech, including wireless internet for up to seven devices. Space is improved too thanks to the new platform, there's an additional 28mm of rear knee room, 15mm more headroom front and rear, and 50-litres more cargo space in the boot, helping bridge the gap to the larger Rogue.