Gaurav Gill won his sixth Indian National Championship title after clinching victory at the 2018 Popular Rally in Kerala. The Team Mahindra Adventure driver, and his co-driver Musa Sherif, won seven stages, and finished second in two stages of the rally, aiding them to victory at the final round of the MRF FMSCI INRC 2018, to win the title. 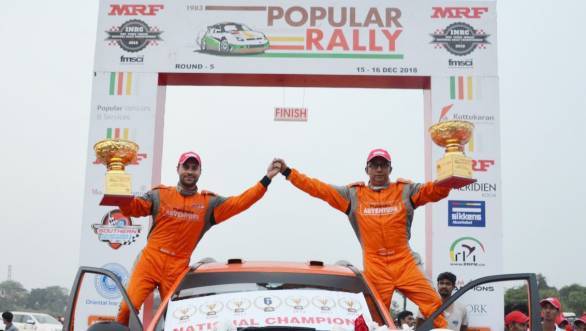 Gill headed into the Popular Rally with just one point more than his team-mate Amittrajit Ghosh. And with Karna Kadur also in the fray for the title, it was a three-way battle for the championship. But Gill slowly, and surely, made his bid for the title - finishing second in the first two stages, and then winning the next five stages on the Saturday.

"It was a difficult year for us, especially towards the end due to mechanical issues which were beyond our control," Gill said after his victory. "Kochi was the most difficult, with narrow roads which were fast and had broken tarmac too. We had to push extra hard to stay ahead of the others," he added. 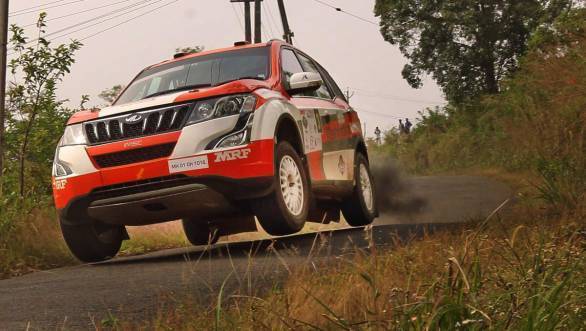 While Amittrajit Ghosh tried hard to win the title, with co-driver Ashwin Naik, it proved to be impossible. This, despite the fact that Ghosh was leading the championship after the first four rounds. However, with the N-1 rule being applied (the lowest points obtained in a round not counted for the championship) Ghosh and Naik found themselves in second place heading into the Popular Rally, which is also where the finished in the championship standings. 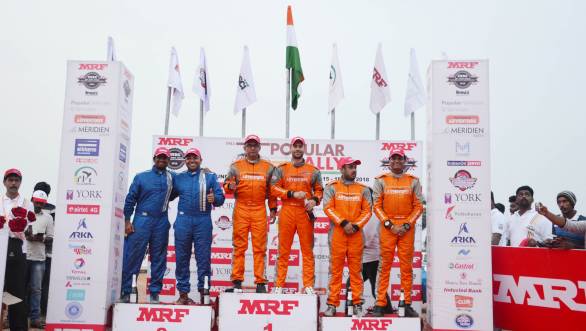 Gaurav Gill and Musa Sherif on the top step of the podium in the INRC 1 class at the 2018 Popular Rally, flanked by the Polo R2 crew of Anirudh Ragnekar and Sirish Chandran in second place, and Amittrajit Ghosh and Ashwin Naik in third place

"It was a great year for us compared to last season. The championship just gets more and more competitive, which is great for the sport," Amittrajit said. "The beginning of the season was really good but we hit issues from Chikmagalur and were really hit by the lack of pre-event testing and wrong set up choices in Kochi," he said.

INRC 2 competitor Arka Motorsports' Karna Kadur (and Nikhil V Pai) finished third to take the third place behind the Mahindra Adventure duo in the championship. Kadur, however, won the INRC 2 title which he had wrapped up in the previous round itself.