The two-day 2017 Rotax Max Kart Open was held at the Meco Kartopia Circuit in Bangalore over the weekend. It held two rounds with three classes  Micro Max, Junior Max and Senior Max. Each round had four races per class, which meant eight races in all. This year the organisers, Meco Motorsports, introduced two new regulations  fuel control and cylinder control. Under the first one, competitors could only use pre-mixed fuel which was provided by the organisers. This rule was brought about to ensure that competitors couldn't use additives in their fuel and have the upper hand. Under the second regulation, cylinder control, competitors could buy the cylinders for their kart engines only from one specific supplier in India. Earlier, teams used to source Rotax cylinders from tuners in Europe for better performance. This not only brought in one more variation between competitors, but also increased the cost of racing. With these two regulations, the organisers aimed to bring more equality among competitors on the track. 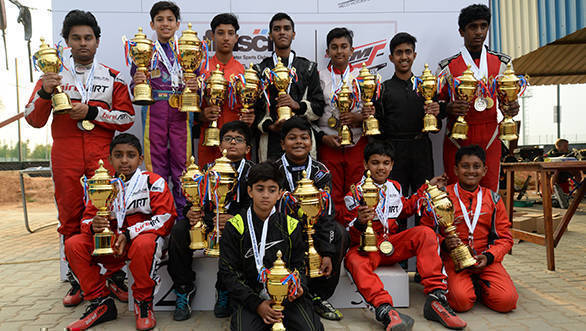