The 2017 Porsche Panamera Turbo has been launched in India at a starting price of Rs 1.93 crore (ex-Mumbai). The brand has only launched three variants in India - the Porsche Panamera Turbo, Panamera Turbo Executive and the Panamera Turbo Sport Turismo. Porsche has said that prices of the hybrid variants will be announced in two weeks while the diesels will be here by next year. All three cars will be powered by a 3,996cc, twin-turbo, V8 engine which produces 550PS of power and 770Nm of torque. They come with a 7-speed dual-clutch gearbox which, Porsche claims, is faster than the previous unit.

Despite using the same powertrain, the claimed 0-100kmph are just a little different  the standard Porsche Panamera Turbo does it in 3.7s, while the Panamera Turbo Executive and the Turbo Sport Turismo do it in 3.9s and 3.8s respectively. They can all be optioned with the Rs 3.96 lakh Sport Chrono Package, which brings down the 0-100kmph time by 0.2s. 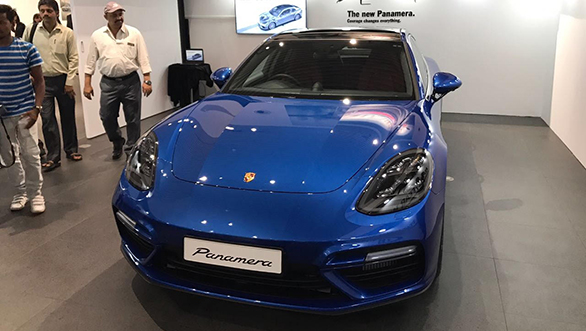 Here are the prices of the three Porsche Panamera Turbo variants (ex-Mumbai):