Alpine, a sub-brand of Renault, showcased its latest mid-engined sportscar A110 at the 2017 Geneva Motor Show. The Alpine brand was founded in the early '60s with the first car being the A110 Berlinette. Alpine's latest offering does look inspired by the retro sportscar but gets a modern 1.8-litre motor that puts out 245PS of power. The Alpine A110 will compete with the Porsche Cayman 718. 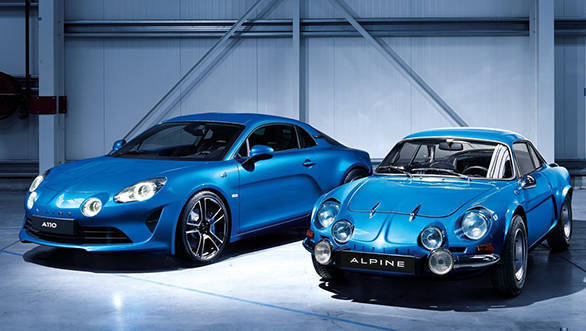 Though the Alpine A110 gets its styling cues from the retro sportscar, it shares the majority of its detailing with the 2016 Alpine Vision Concept. The A110 is designed at the Renault's technocentre in Guyancourt, France and at the company's sports division centre in Les Ulis. As been the case with Alpine sportscars of yesteryears, the A110 carries a minimalistic design theme instead of the unnecessary aggression that some of its counterparts possess. It gets LED daytime running lights in the front with a strong profile line running on the bonnet similar to the classic car. The side too has been kept simple with a sloping roofline and a characteristic line running on the side. The rear gets X-shaped LED lights with dynamic turn indicators and a sloping wrap-around rear screen. 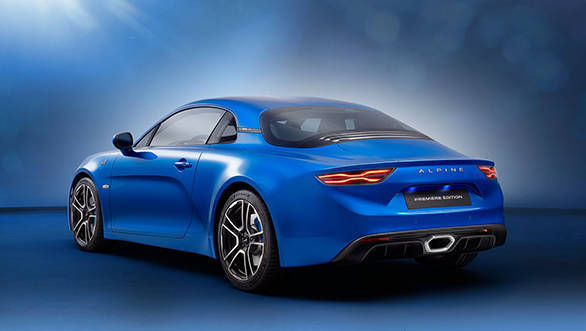 The interior of the Alpine A110 gets a driver-centric simple design with premium quality materials. The cabin of the A110 gets a combination of leather, aluminium and carbon-fibre trim. To make it feel sporty, the driver and the passenger get one-piece bucket seats. The cockpit design of the A110 is identical to that of the concept model which can be seen with the digital instrument cluster, central infotainment system and leather-wrapped seats. 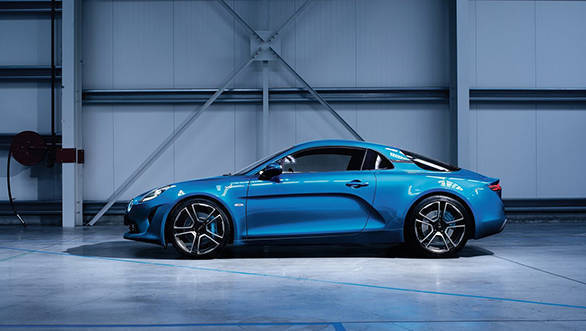 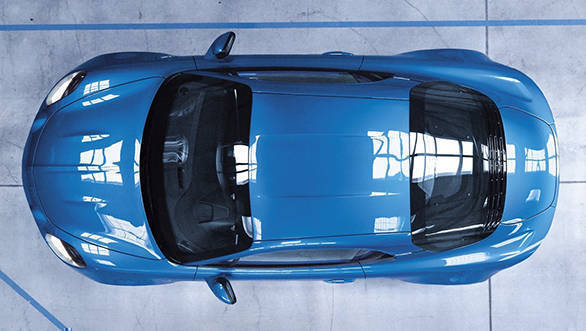 The Alpine A110 that was shown at the motor show will be built at the Alpine factory in Dieppe. The company states that deliveries will start by late 2017 in Continental Europe while that in the UK and Japan will start in 2018. The A110 will be sold through 60 Alpine dealerships which will be run through the existing Renault network.