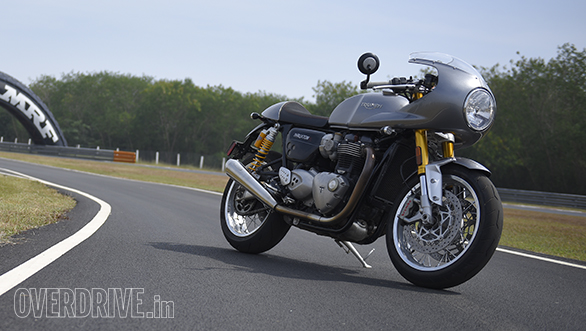 No. The Triumph Thruxton R is one of the toughest cookies to come out of Hinckley this year. If it were a movie character, it would be James Bond, but not the Pierce Brosnan version that manages to get itself beaten up every single time and can only stay alive thanks to Q's gadgets. It'd be the Daniel Craig version that can do some serious damage even without the remote-controlled BMW and the exploding pen. This one is all about bare knuckled brawling and punching way above its weight. 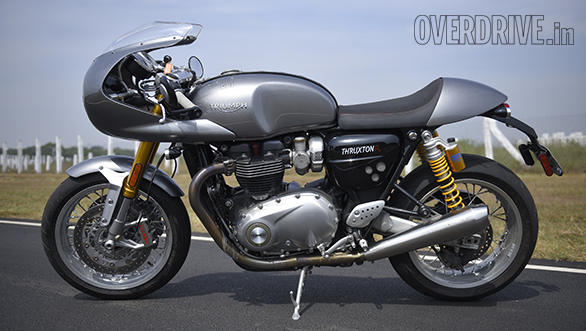 It looks the part too. The Thruxton R is one of the best-looking motorcycles to come out this year. In stock form, the Thruxton R is an incredibly good looking motorcycle. But add the café racer fairing and it can suddenly make you go weak in your knees. Our test bike with its Track Racer inspiration kit did just that. In fact, I even caught Bert just staring at it several times over the weekend.

The golden suspension bits, the clip-on bars, the Brembo brakes and Pirelli Diablo Rosso Corsa rubber all hint towards a motorcycle that is just as much about function as it is about form. And they aren't just hints. 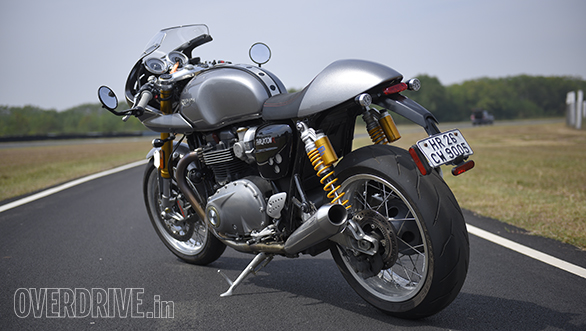 Out of the pit lane, at first I was amazed at how much torque this 1200cc, 97PS/112Nm, parallel twin motor generates. It can hit 100kmph from standstill within 3.8 seconds and from holding 60kmph in second gear though the pit lane, it accelerates to 100kmph within the 100-odd metres until the braking zone for C1.

And just as you are about to recover from the reminder you just got of what an incredible performer this engine is, the brakes make your eyes almost pop out of your sockets. The radial mounted, four-piston, Brembo Monobloc calipers with the 310mm floating rotors shed speed with so much violence that it takes you three corners to get used to it. Until then you just end up slowing down way more than you had initially intended to. But once you get used to the acceleration and deceleration then you really start to push the motorcycle and the chassis begins to shine. The Thruxton R uses what is essentially the same T120 frame but with updated steering geometry and top spec suspension components to make it handle just as well as any sportsbike out there. The Showa big piston fork up front and the Ohlins twin shocks at the rear are both fully adjustable. Together with the Rosso Corsas, the chassis and suspension makes the Thruxton R a beauty around the race track. 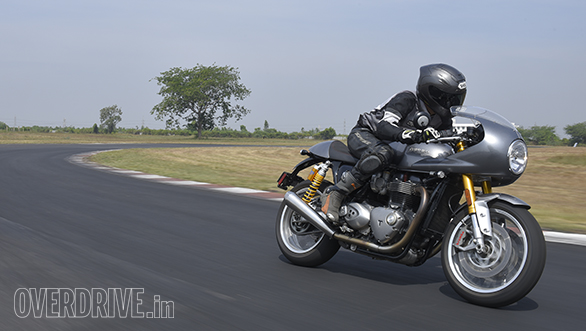 Let's dissect its cornering behaviour in parts. When braking for the corner, the Brembos shed speed super quick which means you can push your braking point closer and closer to the apex. The turn-in is super accurate and very measured. It never feels overeager and that does great things for your confidence. Once turned in, the Thruxton R holds its line beautifully. All you have to do is pick your line and the Thruxton will go through it like a hot knife through butter.

Now, the MMRT isn't the smoothest in terms of tarmac and some of the corners, have a lot of bumps through them. C1, in particular, is super bumpy and is also one of the highest speed corners on the circuit. You come in flat out from the start finish straight, drop a gear tap the brake for a second or two (the lightweight crank lets you shed a fair amount of speed without relying fully on the brakes), turn in and start opening gas slowly so that you've got the throttle wide open by the time you're exiting. You end up carrying high speeds throughout but despite the surface, the Triumph doesn't get scary or upset at all. It lets you know the surface is uneven but carries on regardless. No drama at all. 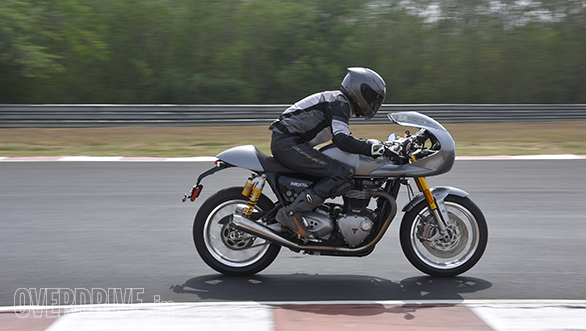 The Pirellis work wonders too. We all know the Rosso Corsas are some of the most beautiful road tyres you can get in the market today, second only to the Supercorsa SP. It gives you so much traction through the corners that not for once did any of us come back thinking that we had neared the limit of adhesion. It lets you carry massive amounts of lean and even over some slightly gravel strewn sections, it maintained grip. 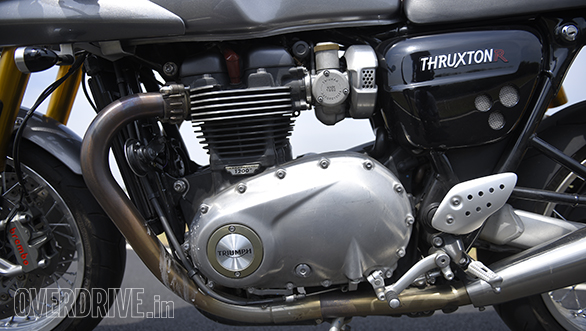 On exiting corners, the engine starts to show its strength. The Thruxton R's engine makes upwards of 100Nm of torque from as little as over 2,000rpm. On the racetrack, this means that you don't really have to be hitting the limiter in every gear to get maximum acceleration from this motorcycle. You can stay at around 4,000rpm and still get enough drive out of corners to get all your thrills.

C10 and C11 on the MMRT is a quick left into right transition. You come flat out from C9, let off throttle for a moment for the slight right hander that leaves you at the entry for C10, brake hard, tip the bike in, hit a late apex, get back on gas, let off the gas again, tip it in to the right and get on the gas again. The left to right transition is quite quick and most heavy bikes need you to slow down the pace a lot here. Not the Thruxton. The pickup-and-drop-to-the-other- side required minimal effort despite its 203kg dry weight. 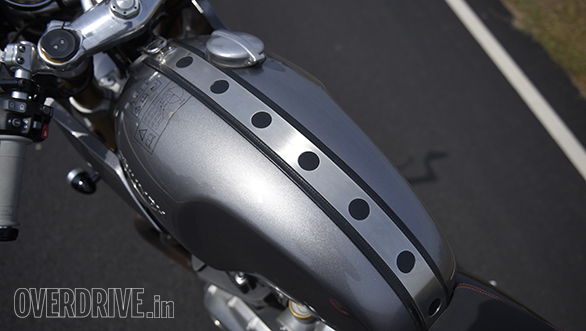 Over the weekend that we spent at the MMRT, the Triumph Thruxton R proved to be as capable at going around the track as any of the other motorcycles here. Agreed, on a longer track with longer straights it might have lost out to the Panigales and the F3s, but at the MMRT, it held its own. Everything worked the way it should. The pegs never grounded, the brakes never faltered, the engine always delivered power, the tyres gave super confidence and the suspension made cornering a joy. Oh, and let's not forget, the looks that made most of us drool. Sigh!

At Rs 14.65 lakh (on road, Mumbai) I feel the Thruxton R is tremendous value for money. It looks great for the city and is a firecracker out on the racetrack. And in the exotic company that it was in, I always wanted to go back and ride it some more. Now that's saying something! 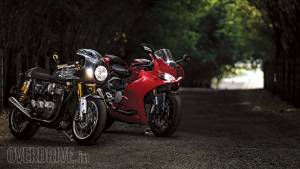 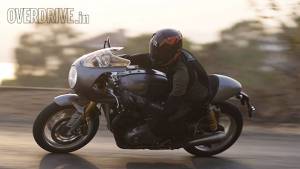 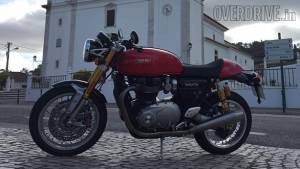