When Royal Enfield and Rev'it shook hands to create the Darcha touring jacket and pants, we were elated that premium Rev'it gear was possibly going to get more accessible, thanks to RE's economies of scale. However, that marriage seems to have ended far too soon. Good news is that Royal Enfield has a new range of gear in stores now and replacing the Darcha jacket is a new model called Nirvik. The name translates to 'strong' or 'fearless' finds its origins in the Nepali language, and is therefore in line with Royal Enfield's love for names and cultures from the mountain lands. 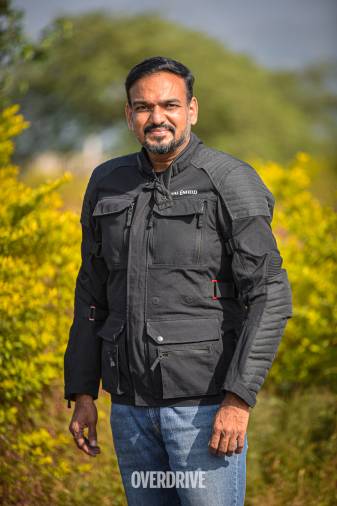 Design and layout
The Nirvik shows off quite a few learnings RE has received from the feedback on the Darcha. There are plenty of exhaust vents now to ensure that the Nirvik is closer the "four-season" claim than the Darcha ever was. The Darcha was pretty warm even with all its vents open and that was primarily to be blamed on smaller intake and exhaust ports, which didn't allow enough airflow. But the Nirvik fixes that shortcoming with larger, pocket-type vents - two small vents on the chest and one massive vent on the back. 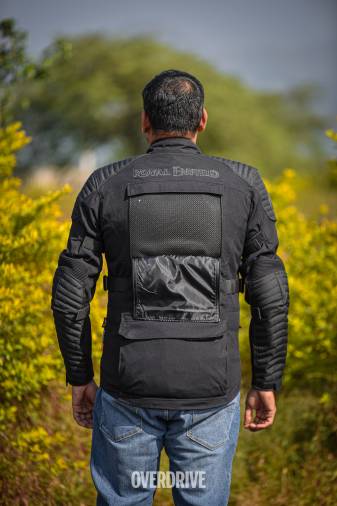 The pocket-type vent is a common solution on many touring jackets, but unlike some of the more premium alternatives which allow the vent flaps/covers to be neatly folded and tucked into the jacket, the Nirvik uses magnets on the upper portion of the flap that snaps on to their counterparts placed below the vent's lower edge (see image). The placement of these magnets isn't very accurate though, which means the flaps don't fold flat leaving a wedge-shaped gap between the fold. Furthermore, the magnet closure comes undone easily with the straps of your bag, the hydra-pack or the GoPro chesty mount and I'm worried it could tear around the corners in the long run. Since the flaps don't fold clean they even look clumsy when open. A fold-and-tuck design would have been a better idea (take note RE, for Nirvik V2). 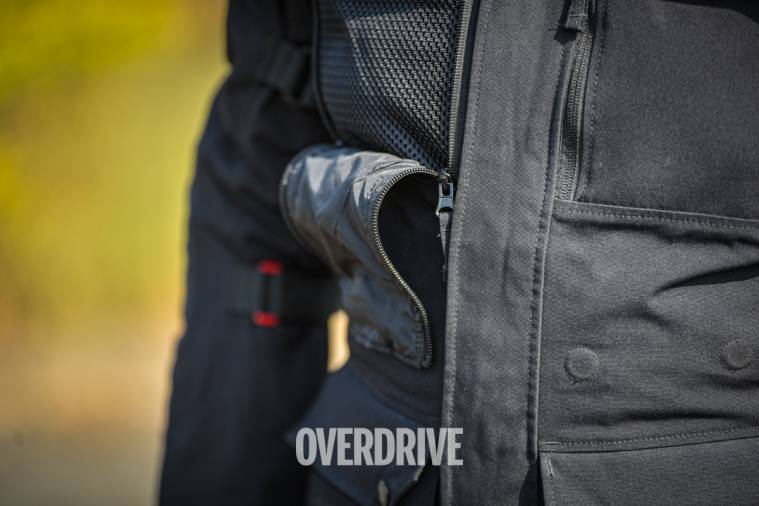 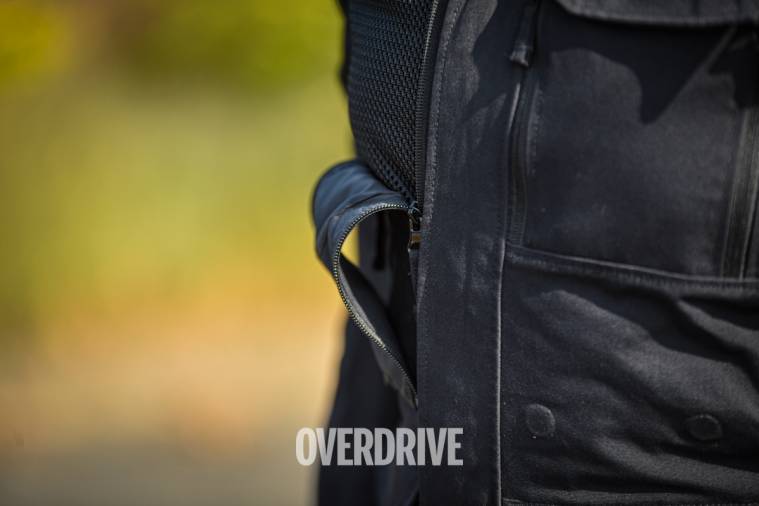 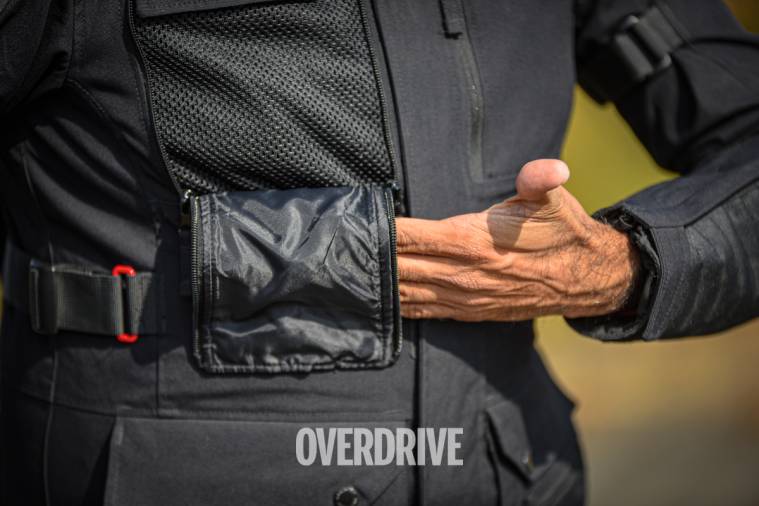 For protection against rain and cold weather, the jacket ships with two liners respectively. While the rain liner is light and thin, the fluffy thermal liner won't fold and fit into the rear pocket of the jacket. A slightly larger pocket would have done the trick, but the lack of it means you always have to wear the liner or pack it separately in your luggage. Both the liners can be worn individually for when you aren't riding, which is great! When wearing them inside the jacket though, the single loop-type fastener in either arm of the jacket for attaching the thermal liner means that the liner gets pulled up every time you take off the jacket. A simple two-loop arrangement would have ensured that it stays in place and that removing the jacket becomes easier. 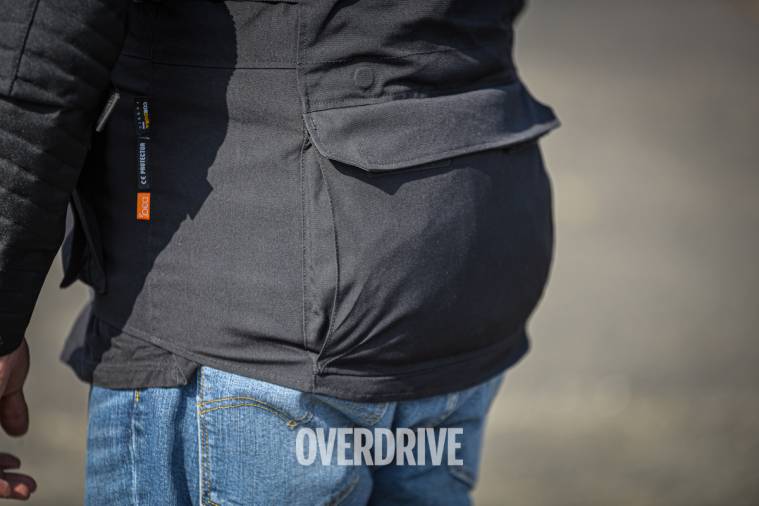 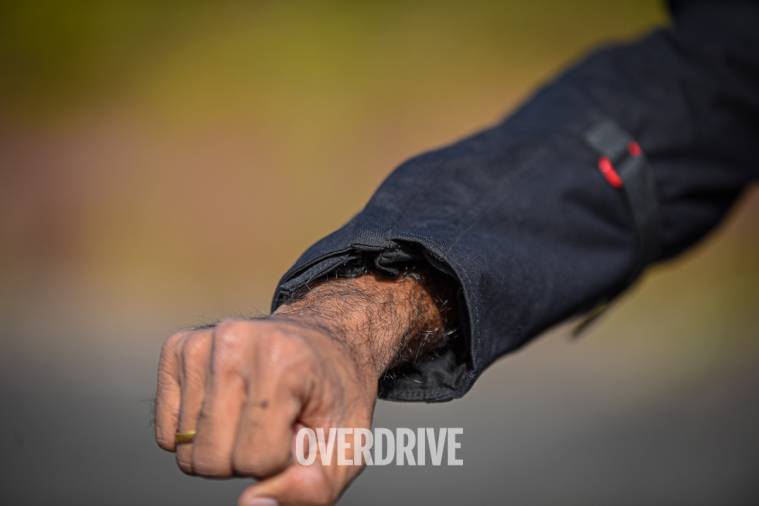 The Nirvik's typical touring cut and fit make it ideal for use with most motorcycles from the RE portfolio, barring the Continental GT. You certainly want to try this jacket before you buy even if you are sure about the size. I found the sleeves to be shorter than usual and they leave a sizeable one-inch gap of exposed skin when used with short touring gloves - making gauntlet gloves a must. I'm also not happy with the placement of the zipper around the wrist, which sits on the upper surface of the arm. It is not only difficult to fasten at times, but it also creates a weird dome-shaped gap over the glove which makes it difficult to use with certain gauntlet gloves that don't allow much leeway on their fasteners. Therefore, the fit around the wrist feels weird and the jacket arms tend to ride up often. A conventional placement for the zipper and the inclusion of a monkey paw cuff would have aided the fit. 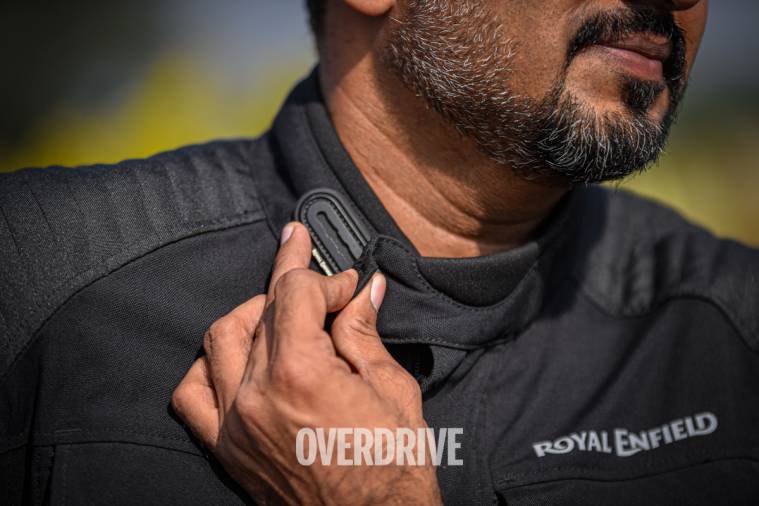 The jacket features adjustments around the waist, biceps, forearms, elbows, and the collar. The latter is the adjustable button-type fastener we have seen on the Darcha and other premium Rev'it gear, which not only makes for a better fit but also means it doesn't mess with your helmet straps, scarf or buff the way a conventional velcro fastener would. The collar isn't too tall either and the soft lining makes it comfortable around the neck. The adjustment tabs around the waist and arms have metal fasteners which should work well in the long run.

Construction and protection
The Nirvik is available in two colour choices - black and brown - and is constructed using tear-resistant 500D nylon in its body, while the surface around the elbows and shoulders is done up in abrasion-resistant 610D Cordura. The material feels a bit stiff to the touch and not as premium as the Darcha - but then again, its a whole lot cheaper too - if that is any justification. That said, the materials are their contraction is CE certified for abrasion and tear resistance and have a Class A certification which highlights its (relatively) lightweight and ergonomic design. Where the Nirvik truly shines though is with the protectors it offers. The shoulders and elbows use CE Level 2 D3O T5 Evo X armour, there is a CE Level 1 D3O Viper panel in the back and there are CE Level 2 chest protectors too (not D3O)! All these protectors alone are worth 50% of the jacket's price. 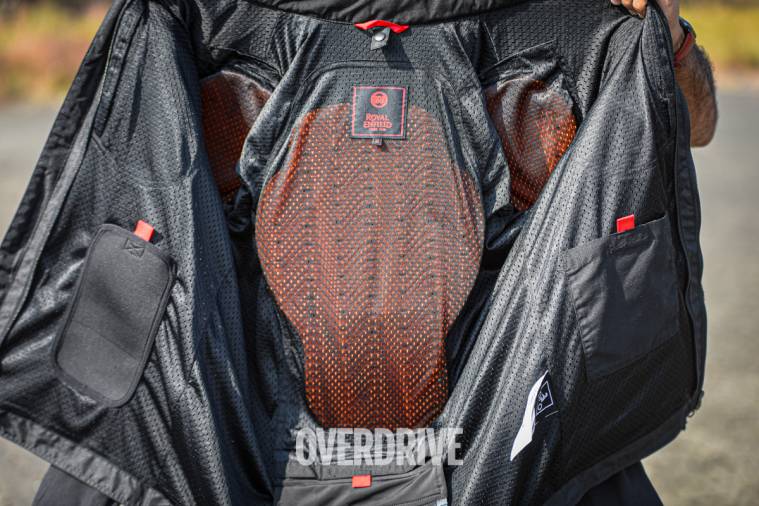 The Nrivik features 11 pockets! There are two waterproof front pockets which are large enough to hold plus size phones and passports. Behind these are two waist pockets for your buff or mask, and over the large pockets are two zipper pockets for stuff like keys and loose change. There is also the aforementioned back pocket which is waterproof and there are two pockets each on the inner sides of the jacket. 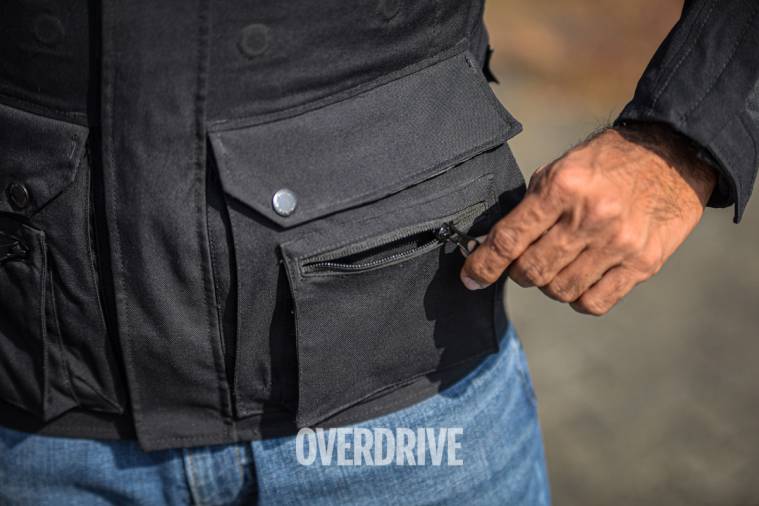 All zippers on the Nirvik are YKK and should theoretically withstand the test of time. The jacket's main zipper has a twin-runner system, but the lower runner often peeks out and can often scratch the motorcycle tank. There is a conventional zippier attachment at the rear to pair with compatible pants but you will have to look for them elsewhere as RE doesn't have any listed on their online store. The Nirvik doesn't have any loop fasteners for pants, therefore it won't pair with most types of riding denim, like Levi's x RE pair for example. 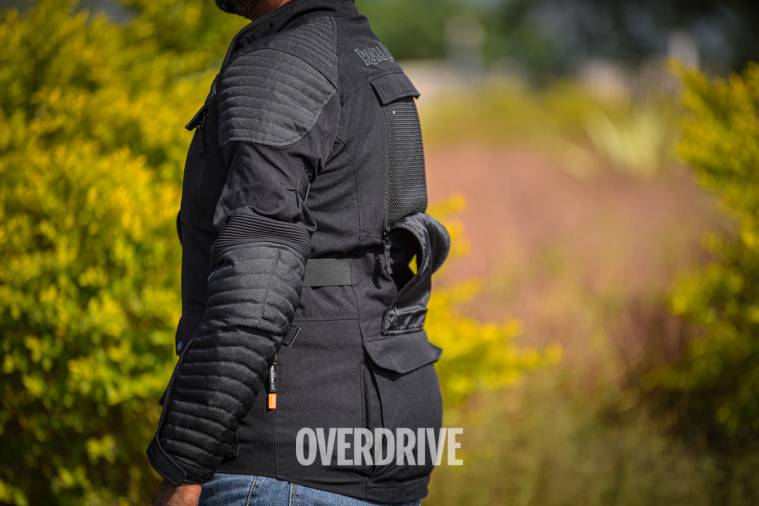 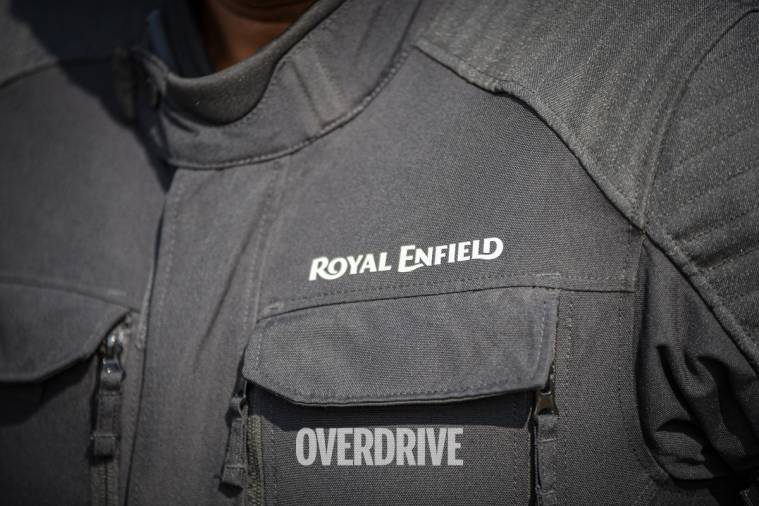 Verdict
Priced at Rs 14,950, the Nirvik undercuts the outgoing Darcha by a fair margin. Its construction does show its low-cost nature and the fit and finish lack the finesse that RE's collaboration with a premium manufacturer brought the table. We hear that the tall price point of the collaborated range didn't resonate too well with RE's consumers and therefore the most cost-effective options like the Nirvik were conceived. For that price then, the Nirvik does do its job pretty well and is a good alternative to other local brands if you want a Royal Enfield branded touring jacket to go with your ride. To see this jacket in action, watch our video review of the RE Meteor 350: 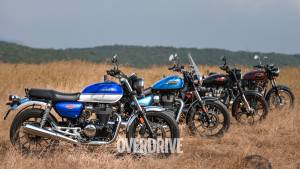