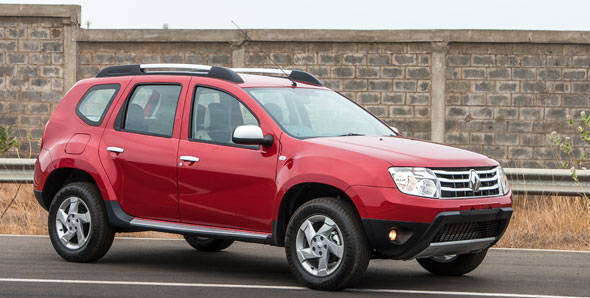 Renault India is now ready to launch their first genuine volume product, the Duster SUV in India. Driving it today in India, it came home to me just how much the car has changed in the last two years since Bert and I drove it across Europe. As I wrote then, the car needed to come to India looking and feeling different to appeal to indian sensibilities and I believe Renault has made critical but smart choices in the final specification of the SUV. Which, in turn, leads me to believe that the pricing will be great as well - good news if you are in the market for an entry-level SUV.

The car I drove was the top model with the 110PS 1.5-liter dCI diesel engine. Since I last drove it, Renault has made significant improvements to the overall refinement levels and the cabin is quieter, engine clatter at idle and noise at speed is well controlled. In its segment, this will be one of the quieter cabins. Driving at 130kph on the European highways was a noisy, slightly strenuous affair on the part of the engine but at Renault's test track within the Oragadam plant (near Chennai) the car proved quiet. Also improved is the gearshift, which still feels a little long in throw but shifts are neat and positive and an engine with a long spread of torque makes driving the Duster easy. We also got to experience, for a short stint, the 85PS version of the dCI engine which impressed with its spread of torque, though the power deficit is immediately obvious. Being a monocoque, the Duster also offered great ride and assured handling with just a bit of body roll. Certainly head and shoulders above its ladder-framed competition.

But like we noted in the European version back then, the interior is where the Duster needed to focus, and Renault have done so. The beige and black looks neat and you don't really mind the expanse of hard plastics. The music system looks smart and is integrated neatly into a flatter, smarter looking centre console. Below that are rotary dials for the aircon. Crucially, the power windows switches have moved to the door - a good move. The mirror adjustment remains just forward of the hand brake lever, but once you know that is where it is, you don't mind it too much. The steering mounted audio controls, similarly, are placed in a usual-for-Renault place, behind the steering wheel on the right. It takes a bit of getting used to but becomes second nature once you do. While fabric selection, inserts in the door pad mouldings etc are welcome> The really neat touch is the rear seat aircon, which connects to the extra-large compressor under the hood but the actual cooling unit is actually mounted between the front seats. The air that comes out of the single vent (controlled by a knob right below the vent) is instantly cold - a good call.

The Duster was always a spacious vehicle and this attribute remains. It looks squat and muscular outside and seats four in great comfort, while a fifth passenger will be easily accommodated.

Renault will announce prices shortly and will have a series of variants. The variant trims are divided into three levels. The petrol and the 85PS diesel will get the base and intermediate (the latter gets an option pack to extend equipment) while the top diesel will get the intermediate and top trims with a still further extension pack also to be on offer. Renault is expected to price the Duster close to the Scorpio and at those prices, it will be serious competition. If the Duster clicks, and we believe it will, it will establish Renault as a player in the volume end of the SUV market. Hell, they might even be able to say a few years down the line, done and Duster. 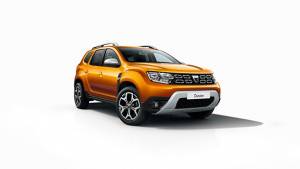 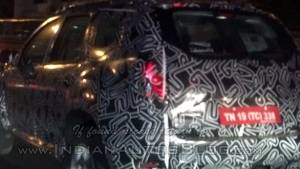 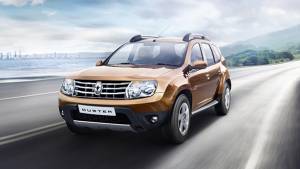