When someone from a car company's product planning division tells you that they 'listen' to customer feedback, you usually dismiss it for a marketing spiel. Not this time though. Knowing how Mahindra have taken feedback from their customers and media in the past with the Scorpio and XUV500 made me sit up and notice.This was a car which was rolled out barely a year ago and with the AMT already being updated a few months ago. A company official told us that not only the media but also the customers felt the need for more power for the TUV300. Hence was born the car you see on these pages - the Mahindra mHawk100 TUV300. 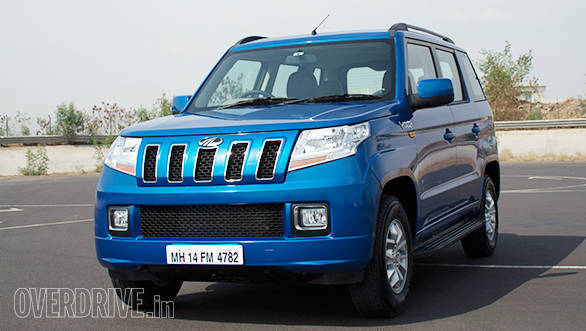 Visually, there is no difference from outside on the more powerful TUV

There are no changes to the TUV300 on the outside. The only change is the addition of an mHawk100 badge on the fender. It can easily be dismissed for its now lower powered sibling. Inside, Mahindra claims to have increased the underthigh support in the second row. While 6ft plus folks will barely notice any change, those below and present at the drive noticed how their legs are no longer in a suspended state. There is also now that provision for Isofix seats. 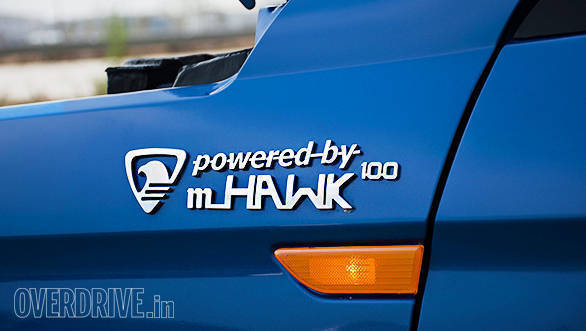 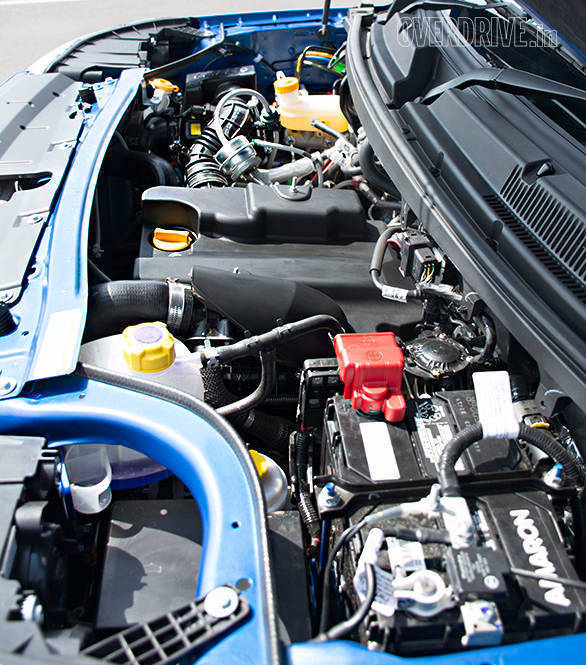 Another addition, which Mahindra says is because of again listening to customers, is that male voice reminding you that you're using the Eco mode. In the earlier version, customers would rather use the mode and be confused as to why their TUV requires an extra push at the accelerator pedal to keep it in motion. Should you ignore the voice (trust me, it's hard), there is a message on the infotainment system. Speaking of which Mahindra haven't upgraded the unit to a touchscreen one yet.

Honestly, considering the drive was at Mahindra's test track in Chakan, it was hard to gauge the immediate increase in performance. However, like the NuvoSport which shares the same engine, the TUV300 does indeed sound more refined and is slightly more rev happy now. The strong low-end lugging capability has been further enhanced with the use of the twin stage turbocharged 100PS/240Nm 1.5-litre diesel engine. We managed to drive at 20kmph in 3rd gear. The engine at this point doesn't knock or even protest.

If you are wondering about efficiency, there is a minor drop, according to ARAI figures (18.04kmpl vs 18.47kmpl). You can order your 100PS TUV300 in 5-speed manual as well as AMT guises. The latter especially after all the feedback from customers and media alike, is claimed to have been extensively reworked and gets revised shift points. Unfortunately, Mahindra didn't have a car ready for us at the time of going to press. 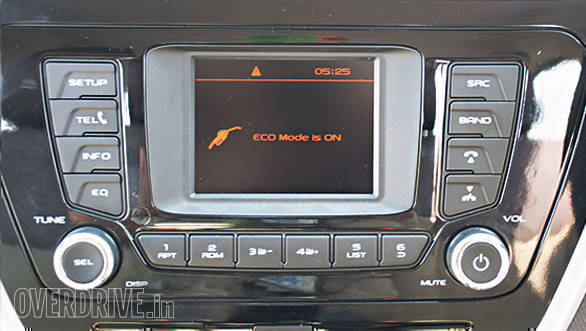 The infotainment, while still not being a touchscreen unit, let's you know if the vehicle is on Eco mode, visually as well as with an audible warning 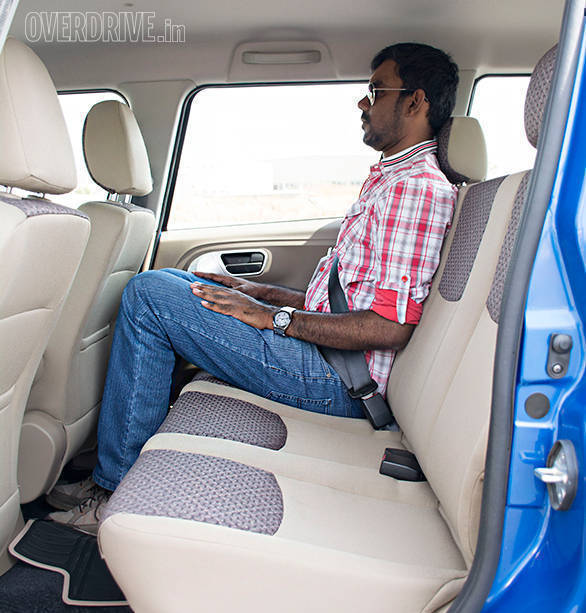 The TUV300 has acres of space and Mahindra claims to have enhanced the underthigh support in the second row. There is also now a provision for Isofix seats

There are no other changes to the powertrain or mechanicals. This means the TUV300 still retains that bouncy feeling when unloaded. There is also a fair amount of body roll around corners. Mahindra seem to be offering various SUVs and constantly updating the existing models like the TUV 300. If you're out there looking for NuvoSport-like performance but like the styling of the TUV, then the mHawk100 variant is the SUV for you. 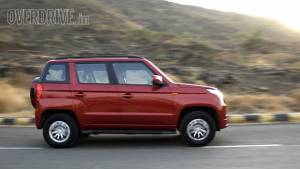 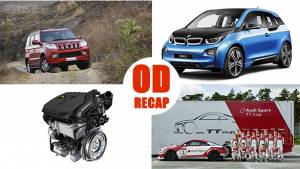 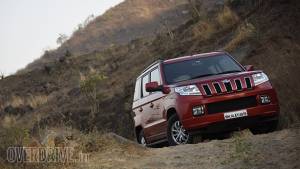