I tend to clench up when I am driving supercars. It is a reflex that I haven't quite managed to shake off even after years of driving them intermittently. And that comes from having to take care of them as you drive. I'm never the chap likely to become the bumper car specialist. But speed breakers and potholes. I'm sweating just thinking about them. But the Ferrari GTC4Lusso has a calming effect on me. For one, when you slide into the luxurious cabin, you don't fold yourself into a very low seat. Then you realise that you can actually see the corners of the bonnet ahead of you and finally that the car actually appears to have working suspension. Or at least suspension that understands passenger comfort in addition to a flat cornering stance and roll-resistance. Hmm. What kind of Ferrari is this? 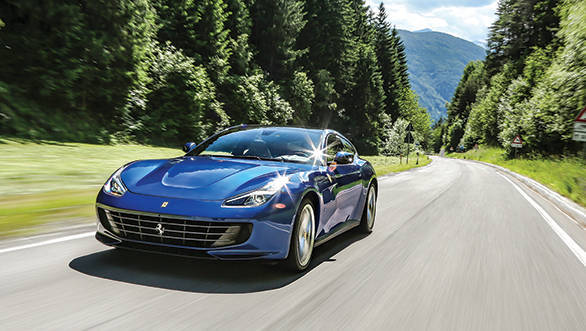 Well, the chaps at Maranello have always liked to have a fast 4-seater in the range. The practical car, as it were. And despite how much the Mondial wagon was panned and joked about, the profile of the Lusso will silence all but the nit-pickiest. Unlike the FF, which it replaces, the Lusso's vastly more curvy and desirable in that very specific Italian way. Some of it is in the details - like the twin round tail lamps. Some of it is in more functional tweaks like the wider intakes for the more powerful engine up front. But the bodywork takes the wagon form and makes it sexy in a way that the Scandinavians, the kings of estate hill, will never manage. The Lusso is a sexy estate-bodied sportscar.

Who would have thought it was possible, eh?

It drives with that same sort of impossibly duality as well. When you hit the engine start button in the echo-y porch of a big hotel, the Lusso doesn't call everyone and their uncles' attention by default. The exhaust is audible but it doesn't explode into life. The Ferrari's steering wheel takes some getting used to but I really, really liked the little touchscreen for the passengers above the glove compartment 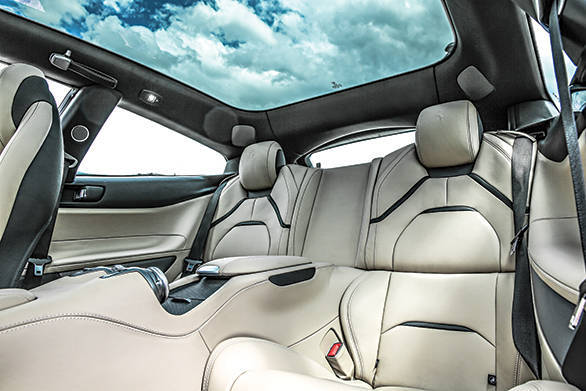 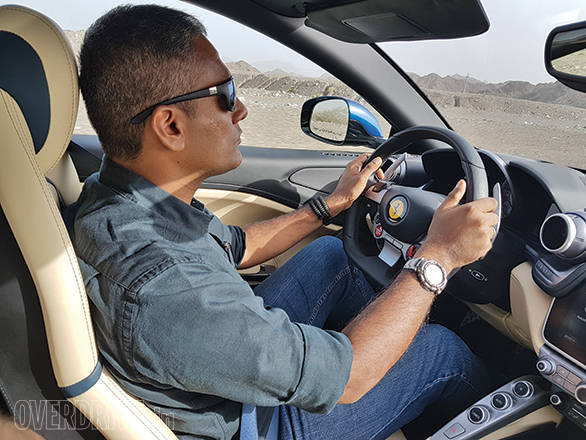 With the mode selector in Sport, it uses its electronic suspension control to offer a reasonably comfortable ride and you can even temporarily raise the nose when you see a mountain range, er, speed breaker looming. At the back, two adults can actually sit in some comfort though the best seats are, naturally, up front. Hell, even the boot is not a namesake and with the seats folded, you'll get essentials, like the golf set transported without fuss.

It's almost enough to make you forget that this is a 690PS sportscar. Almost. Because once you find a deserted road like I did and floor it, the Lusso comes alive. As if every one of the 690 horses woke up and decided to gallop through the sand dunes at full tilt.

Floor the pedal and the raucous note of a Ferrari V12 is impossible to mistake for anything else. Revs rise fast and the numbers of the speedo rise very, very fast indeed. 100kmph arrives in 3.4 seconds. The suspension is notably harder and the performance on offer is the sort of serious shove that you expect from a V12 Ferrari. In fact, the Lusso feels more cohesive in this full-tilt mode than it does wafting about in city traffic. But the fact that it does both well is key to its appeal. 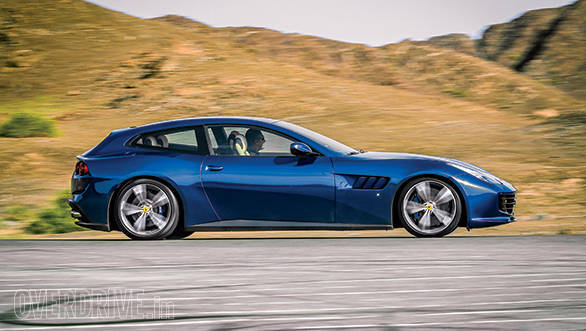 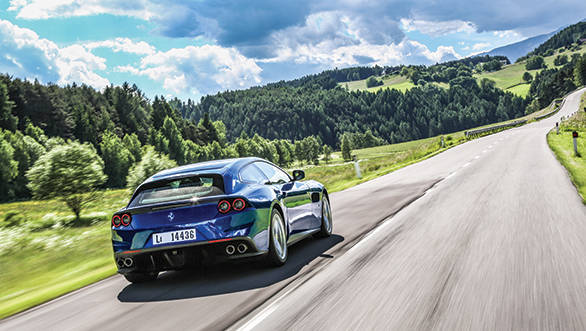 The ride and handling bias though is more comfort oriented than any Ferrari I have driven yet. You see, the 7-speed automatic is at the rear and that gives the car a slightly rearward weight bias. And at high speed, it also becomes a rear-wheel driver.

And this is a sharp, responsive car, though the 488 is vastly more finely honed on both counts. But turning the Lusso into a smooth, uphill and endless left-hander, I found the nose to be just a bit more flighty than I liked. Now this is well past 250kmph, so this is hardly a problem but it showed me that the Ferrari does take its job as a comfortable, fast and sporty GT seriously.

And therefore it has what will be a comfortable, even plush ride by Ferrari standards as well as ultra-strong but progressive and friendly brakes. It's a car that makes you spread yourself out comfortably in that cabin. And allow you to drive with one hand on the wheel as you cruise out on the highway, or enjoy
the delicious edge between the point where all four wheels are hooked up and where the slides begin. It's the Ferrari that'll make you unclench. 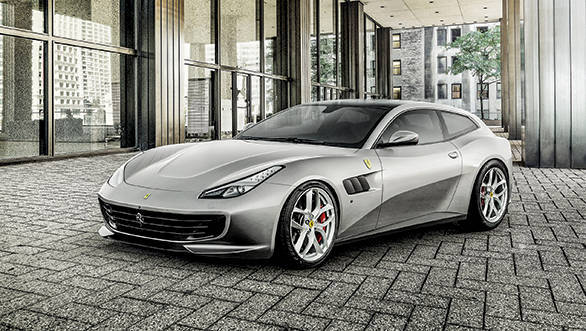 In September 2016, at the Paris Motor Show, Ferrari revealed the GTC4Lusso T, a car perhaps better named the Lusso V8. Because what it is, is the Lusso but now powered by a turbocharged V8. To be precise, a 3.9-litre engine that makes 610PS and 760Nm. But the smaller engine and the turbo make the T both more affordable as well as more fuel-efficient and give it more range on the tankful. That aside, the Lusso T retains the rear-wheel steering, the electronic suspension control as well as Ferrari's excellent slide control systems. In India, the Ferrari GTC4Lusso T prices start at Rs 4.2 crore, ex-showroom.

Ferrari's four-wheel-drive system debuted in the FF and it's a part of the Lusso show. Ferrari places the engine quite a way back up front and it allows them to add a PTU, or power take-off unit ahead of it and drive the front wheels through two clutches, effectively making it a four-wheel-drive car. The PTU runs a two-speed gearbox so that it can offer lower gearing for first and second gears while the higher of the two gears handles third and fourth. After this, the Lusso returns to a rear-wheel-drive configuration, but you're probably going faster than 200kmph, so you really shouldn't need four-wheel drive past fifth gear. The system, called 4RM-Evo, can transfer up to 90 per cent torque to the outer front wheel.

The rear-wheel steer system isn't all-new either on the Lusso but it allows actuators on the rear to turn the rear wheels by a small amount positively or negatively to add agility and response to the car's turning ability. The toe-in amount is small but it makes the car feel smaller and tighter in the way it responds to the steering input. The actual choice of when and how to turn the rear wheels is made by the Ferrari Side Slip Control System which decides how best to stay on trajectory. 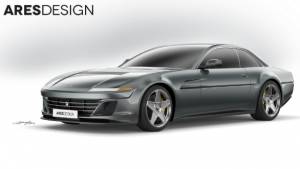 Ares Design Project Pony is a modern take on... 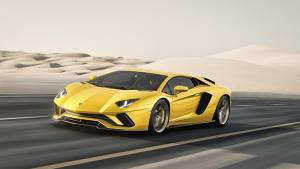