Waking up on a fine Thursday morning to work, very relatable, right? But my work is on a racetrack. My first assignment for OVERDRIVE had brought me to KTM's Chakan facility in Pune. What were we doing under the scorching sun? The mission was to test two new KTM motorcycles, the 200 Duke and the 390 Duke. The former has not only gone through the designer's knife but has also become cleaner and safer than before, courtesy the stricter BSVI emission norms that come into effect from April 2020 and dual-channel ABS respectively. KTM believes that the 200 Duke, even with the 11kg weight gain, can still keep you as entertained as its more powerful siblings. Tall claim? Time to find out. 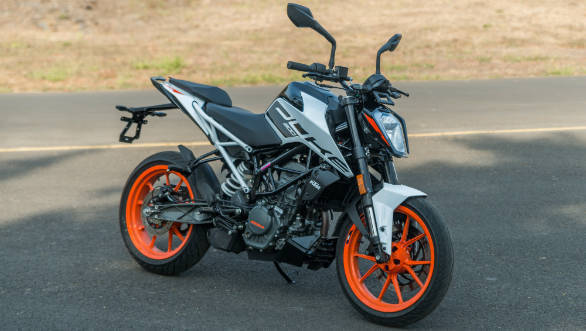 Does it look any different?

The all new KTM 200 Duke takes a lot of its design cues from the 390 Duke, but there are ways in which both are distinct from each other. To start with, the headlamp unit is new and it gets new LED DRLs. The design of the headlamp unit maintains the silhouette of the 390 Duke but you will be able to spot the difference with a closer look. The 390 gets a spine in the middle of the headlamp cluster and it houses the LED setup which would have been a nice addition to the 200 too. On the other hand the tail lamp unit is identical to its elder sibling.

The fuel tank of the new 200 Duke plays a major role in making the bike's sharper and aggressive stance. It is one of the most important updates on the new 200 Duke. Over and above the stance, the new tank can now hold 13.5 litres instead of the old 10 litre tank. The shrouds on the tank hold major reason for the bike's dominating street presence, thanks to the 1290 Super Duke R's design.

The footpegs are now rear set which makes the rider sit with an aggressive stance, it helps in controlling the bike a lot better. What it essentially does is, the rear set footpegs keeps your body inclined to the front and the wide handlebar helps with more leverage over the bike which helps you keep up with the sporty and athletic character of the bike. The instrumentation remains the same as the 125 Duke which sticks out like a sore thumb. A new interface or that of the 390 Duke would have been welcomed.

Under the engine, you get a new belly pan which looks nice and adds to the sharp look of the bike. If we take the naked factor into consideration then the 200 Duke builds a better case for itself than the 390 Duke, because the underbelly silencer exposes the swingarm and the orange rims of the bike which adds to the raw and exposed look of the bike. The bike gets the same tyres but there is an overall increase in the dimensions of the bike. The length has increased by 79mm, width by 71mm and the height has increased by 26mm making it a bigger bike than it was before. 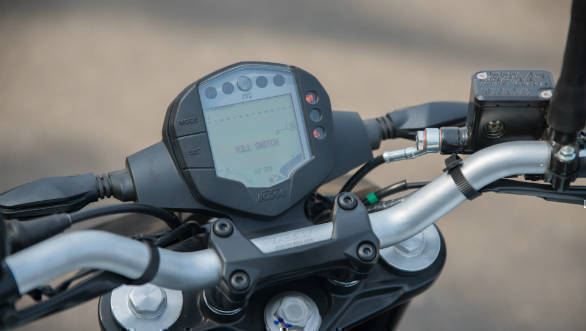 Since the bike is now bigger and shares the same dimensions as of the 390 Duke, the seating dynamics have changed drastically. It feels very much like you are sitting on a 390 Duke, but lighter. The 200 Duke weighs eight kilos less than the 390 Duke which I believe is better for agility. And because the 200 Duke is largely based on the 390 Duke, its seating position is now more aggressive and race oriented than before. The bike is meant for the streets and roads and it does a very good job for a naked roadster, it also does a better job on the track as well.

I did Delhi to Mumbai on a 390 Duke which is a faster bike and it did not break my back, but some may find the new chassis design uncomfortable for touring. I am 5ft 9 inches and I felt quite comfortable on the 200 Duke. Seating has also changed for the 200 Duke, they are now bigger and the cushion is on the softer side. This makes more room and better comfort for the rider.

Pillion rider's seat is now shorter than before and the cushion is a bit hard. The grab rails are bold, thick and edgy, they add to the sexy appeal of the bike. It is also quite sturdy to hold on to. The handlebar is wide set and it gives you enough leverage over the vehicle. There is a connected feeling that comes from the bike while riding it, more on that later. 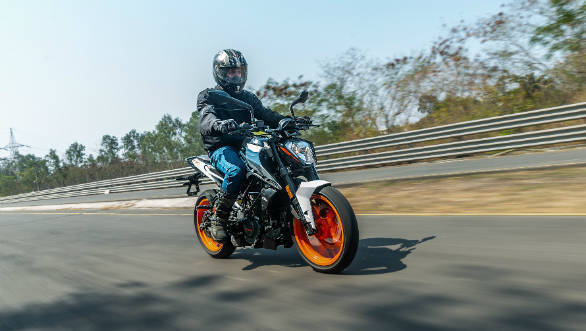 The biggest change in the engine is that now it complies with BSVI standards. While being cleaner the bike still puts out the same output figures. KTM says they have tweaked the ignition timing for better power and installed higher powered spark plugs to alter the calibration to maintain the strict BSVI standards while not compromising on performance. The bike still makes 25PS of power and 19.3Nm of torque. The engine behaviour has definitely changed, even when it idles there is a refined sound and smoothness that I could make out.

Even at lower RPMs the engine has enough power to scramble through bumper to bumper traffic without making you work up the throttle. In the mid-range the bike is at its best, the engine is peppy and has ample power on the tap. An overtake is as simple as a downshift with a flick of the wrist. The top end is where the engine starts getting worked up, right from 8000rpm you can hear the grunt and that continues until you ease on the throttle.

Staying hard on the throttle led to a 132kmph reading on the back straight, which is pretty impressive in this class. The gear shifts are very smooth and seamless up until the mid range, after that it gets quite jerky. The bike also gets additional ride range, thanks to the new 13.5 litre tank, which means fewer fuel stops. 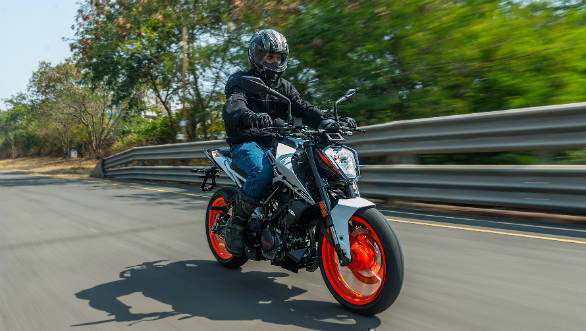 Now that we know that the frame is taken from the old 250 Duke and the sub-frame is bolted on, I felt that the new Duke 200 gets identical handling and riding characters of the 390 Duke. With the new chassis and addition in dimension, the weight of the bike has also increased by 11kgs. The increase in weight is primarily because of two things, the BSVI conversion and the borrowed chassis design.

The new BSVI norms forced the manufacturer to rework the engine internals for cleaner emissions which resulted in the weight gain. Naturally the increase in weight and the same power output should have dropped the acceleration output and affected the agility. But the weight somehow manages to vanish in thin air. It is light as a feather and nimble to handle. Leaning left to right while cornering is done in a jiffy, no external physical force is used to steer the bike. It almost happens automatically. There is an increase in the front suspension by two millimeters, under hard braking the suspension provides with progressive cushioning and balance. But how it reacts on the streets will only be determined by a road test and that has to wait. 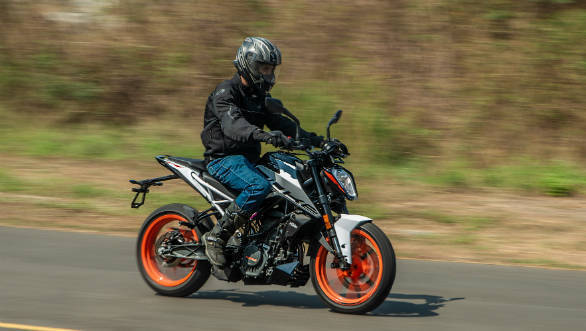 The BSVI transformation with additional kit only makes the 200 Duke a lucrative deal than before. The revised styling after eight years and that too with dual-channel ABS makes a better case for itself as a 200cc naked. The new adapted chassis delivers an engaging riding experience which makes the 200 Duke belong to the modern Duke family. 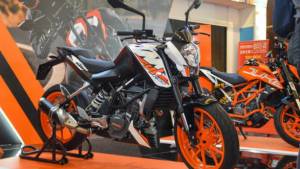