The BMW 3 Series is a lovely, lovely car - fuelling ambitions of many driving enthusiasts out there with its unique combination of telepathic handling, rear-wheel-driven goodness and a relatively accessible price tag within the luxury realm. But practicality seeking motorists far outweigh the enthusiasts and that gave birth to the 3 Series GT, which brought a four-door-coupé form, bigger boot and roomier seating to the 3er family. It didn't quite work well on the global scene and the model was soon axed, with BMW confirming that they won't build a new GT on the new G20 3 Series platform. 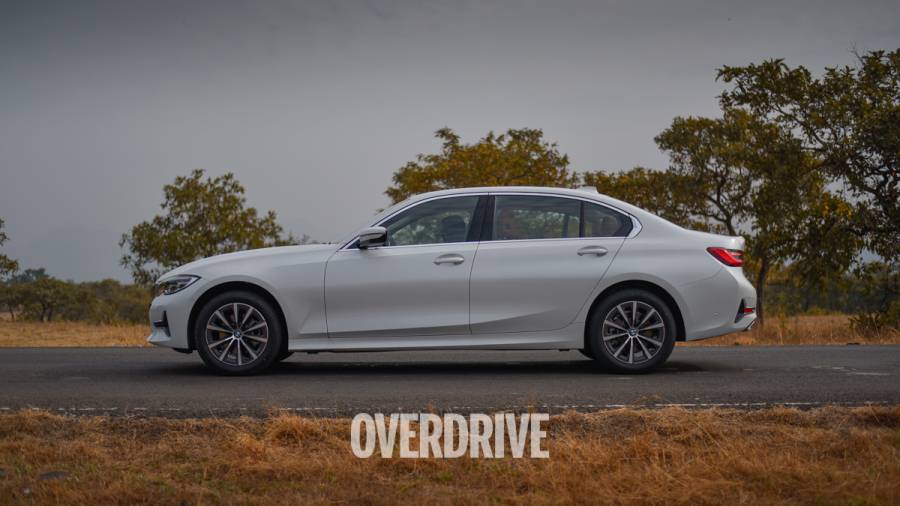 India, however, loved the 3 GT almost as much as the standard sedan and therefore, the model managed to coexist with the new 3er until the end of 2020 (or until BMW could continue selling them). But the success of the 3 GT in India was more to do with its roomier seating and not so much about its touring credentials. Therefore, the 3 Series Gran Limousine could not only fill the void left by the 3 GT, it could also give the other players in the segment a very hard time. 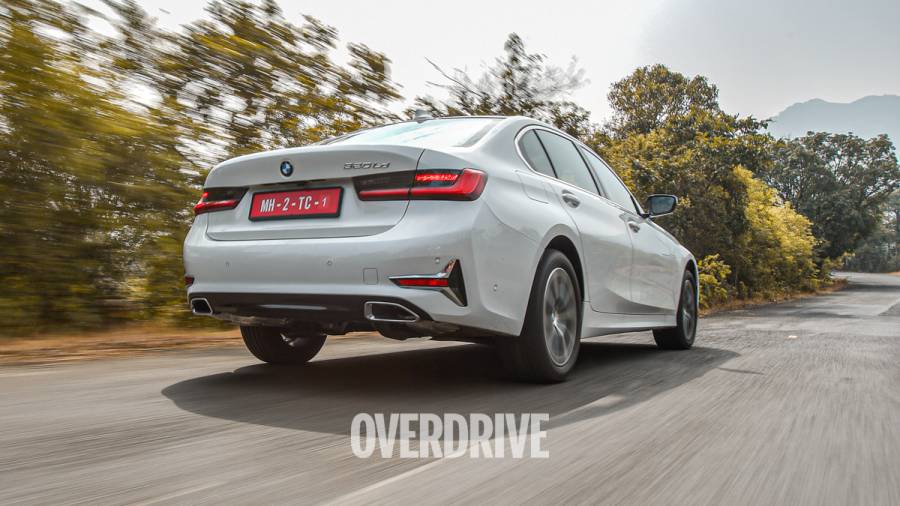 Design
As the name suggests, the 3 Series Gran Limousine is a grander version of the 3 Series. What it is, is a long-wheelbase variant similar to the one launched in China last year, albeit, in a right-hand-drive format. Therefore, it has the silhouette of the 3 Series sedan, but in a slightly elongated form. In a passing glance, it would take an eagle-eyed enthusiast to differentiate the Gran Limousine from its regular counterpart. 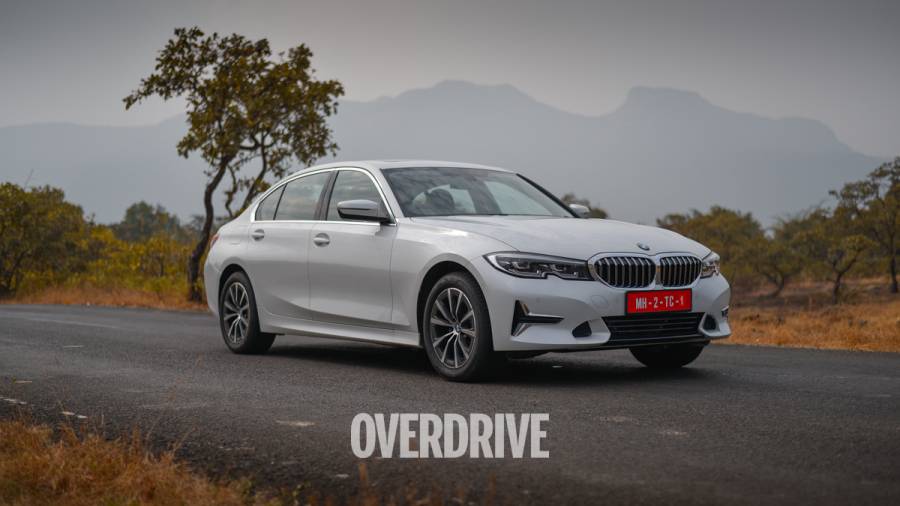 But look at the boot and you will notice a never seen before badge that reads '320Ld' (or 330Li in case of the petrol). In the Indian scheme of things, the L suffix has been exclusive to the 7 Series and it simply stands for 'long wheelbase'. Putting numbers to that tag, the 3 Series Gran Limousine is 110mm longer on the wheelbase and has 110mm longer rear doors too, while the ground clearance, track width and tyre sizes remain unchanged. 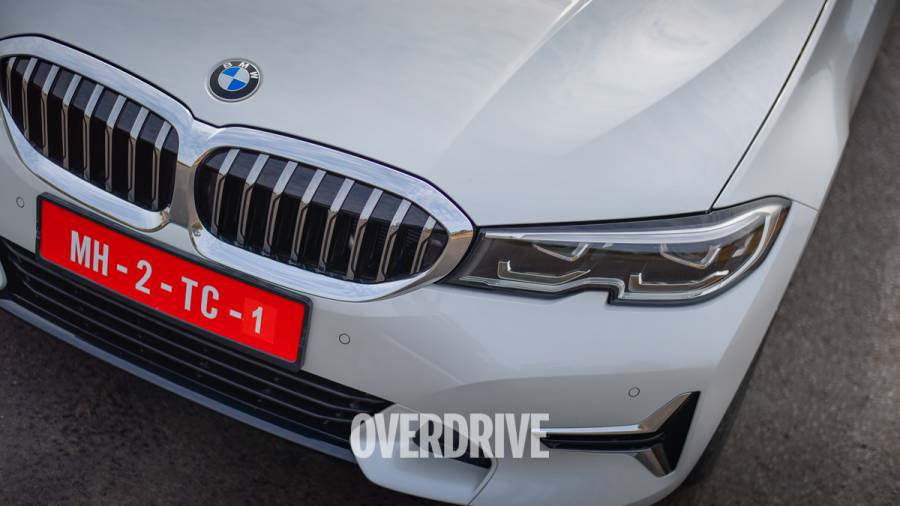 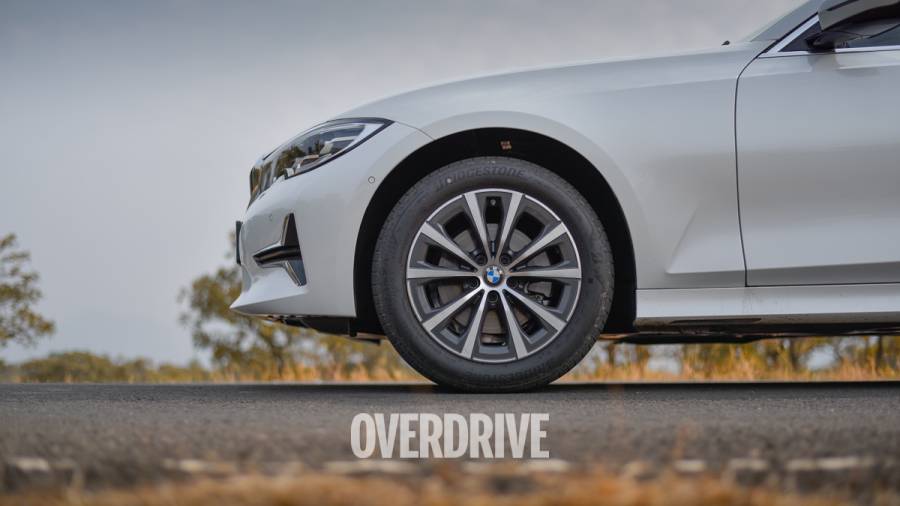 Cabin
But it isn't a mere stretch job. The rear seats have been bolstered with better cushioning and the angle of the backrest is adjusted such that you can sit comfortably even with your feet stretched out. In fact, there is enough legroom and footpace to stretch your legs and that also solves the lack of enough under-thigh support that we complained of in the standard wheelbase 3 Series. The new 3 Series has one of the roomiest rear seats in the segment now, but the Gran Limousine hits that ball out of the park. 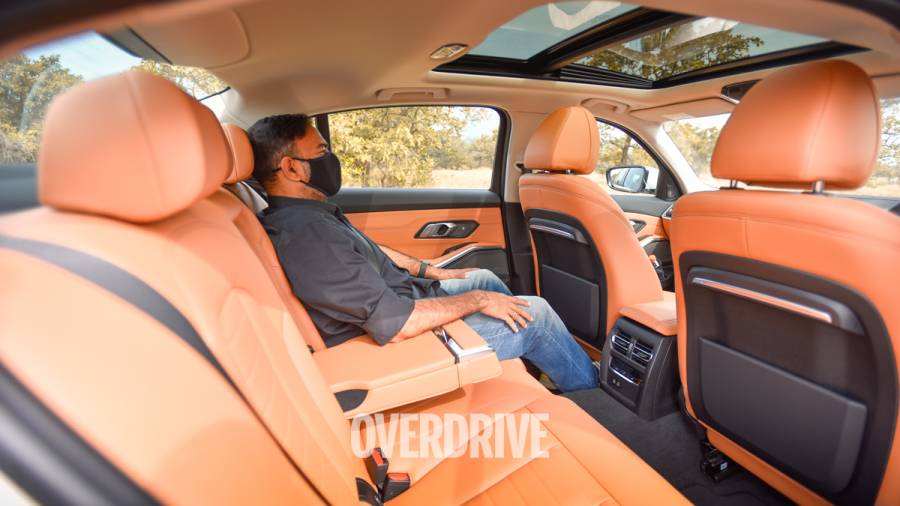 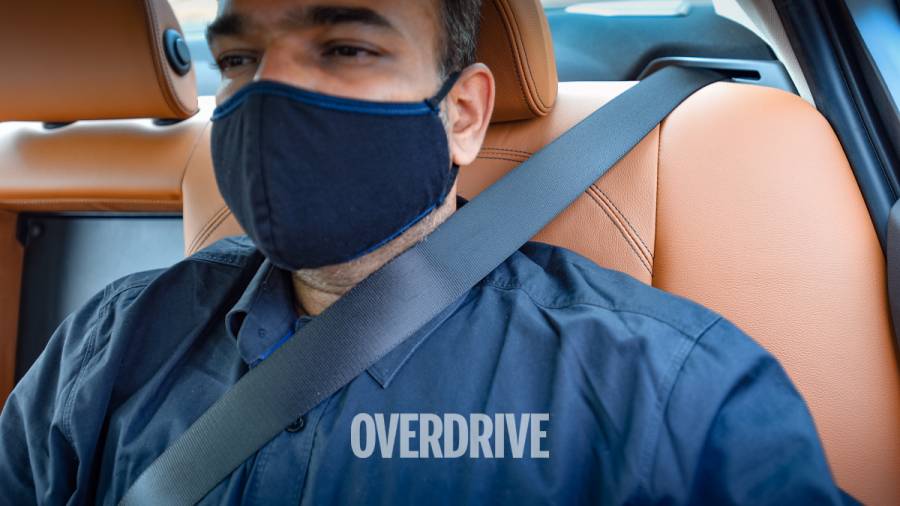 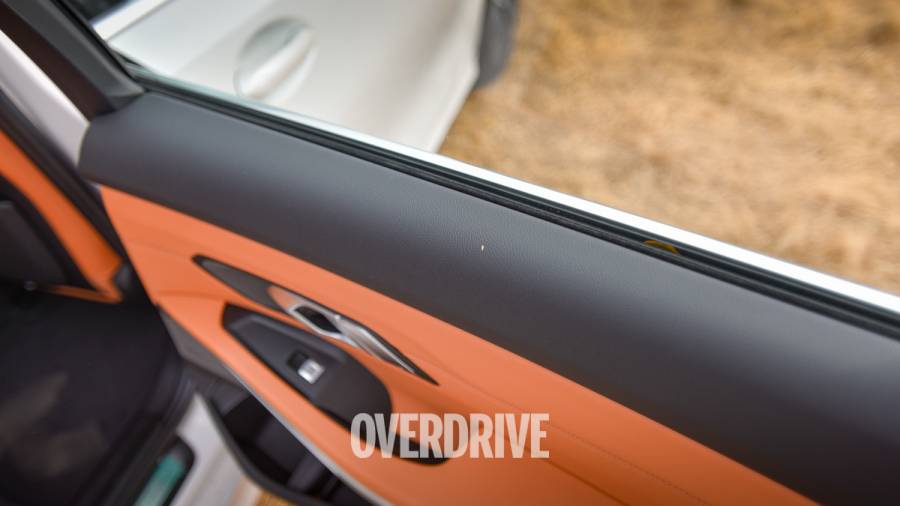 I do wish that BMW had thrown in a few more features at the rear - like adjustable recline, a wireless charging pad and window blinds for example - but pampering the rear seat occupants with more than just the additional legroom would mean that the Gran Limousine would stray into the 5 Series territory and in turn, lose the plot altogether. What I would have certainly liked BMW to do, however, is added a split and drop functionality to the rear seats. The 480l boot can be scanty at times (more so with its hard-to-access space-saver spare wheel) and having the option to drop seats would have added more versatility (at least for those looking at this car as an alternative to the 3 GT). 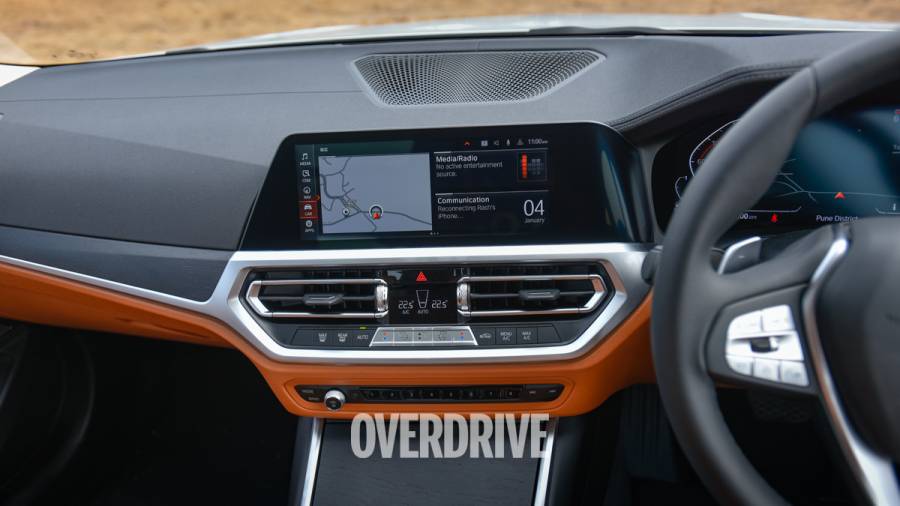 The infotainment and digital intruments are carried over from the standard 3 Series. Gesture controls are exclusive to the M Sport trim Buy the 3 Series Gran Limousine for its rear seat comfort, then. When you look at it that way, you will appreciate the airy cabin, the panoramic roof that is missed on the standard 3 Series and a sweet Harmon/Kardon audio system which is also complemented well by the new ambient lighting contours. At the front, the Gran Limousine carries over the infotainment and digital instruments from the standard 3er and gesture controls are exclusive to the 330Li M Sport variant.

Driving dynamics
If you like, the M Sport trim also gets a stiffer suspension setup for tighter body control, but for this test, we only had access to the 320Ld Luxury Line. I had someone ferry me up and down the Mumbai-Pune expressway for a distance of over 250km and I was quite comfortable throughout the journey. The softer setup of the Luxury Line resonates with the idea and intent of the long-wheelbase sedan, choosing a supple ride over tight lines around the bends. It is still a BMW at the end of the day and doesn't feel wallowy at highway speeds even if it is just your chauffeur and you sharing the cabin. It is astonishing what it achieves without adaptive dampers, and I'm amazed at how well this Luxury Line tackles imperfections in the road, for a BMW that isn't a crossover. It also has fairly good noise insulation at the rear, but on concrete roads, there is a bit of booming sound that you will hear the back. 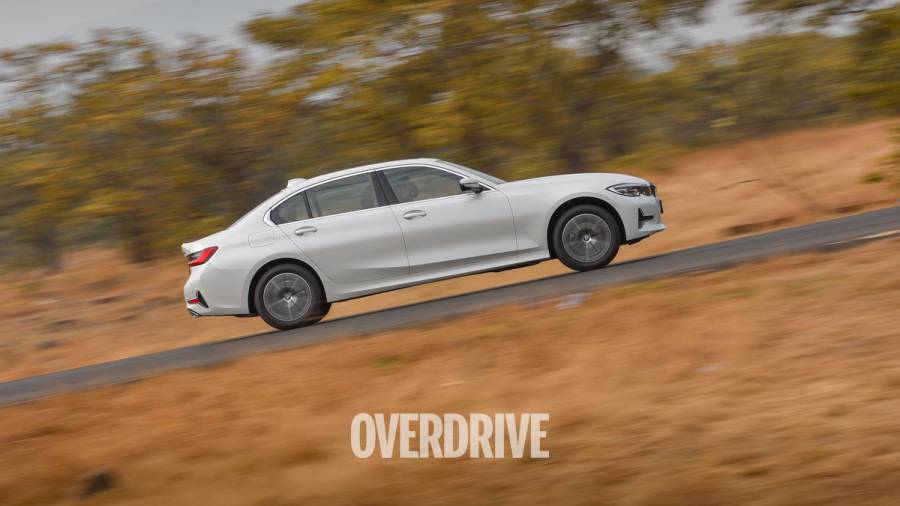 The motivation for the Gran Limousine comes from the same engine options as the standard 3er - a 2.0l, 258PS/400Nm four-cylinder turbo-petrol in the 330i and a 2.0l, 190PS/400Nm four-cylinder turbo-diesel in the 320Ld tested here. We have appreciated the refined and eager nature of this motor, which almost makes you wonder if it is indeed an oil-burner. In the relatively more luxurious setting of the Gran Limousine, its refined manners receive a bit more appreciation. With the additional weight (+250kg) the 3 Series Gran Limousine is about a second slower to the ton (7.7s tested, 7.6s claimed), and marginally lesser on the fuel economy compared to the BSIV 320d we tested in 2019. 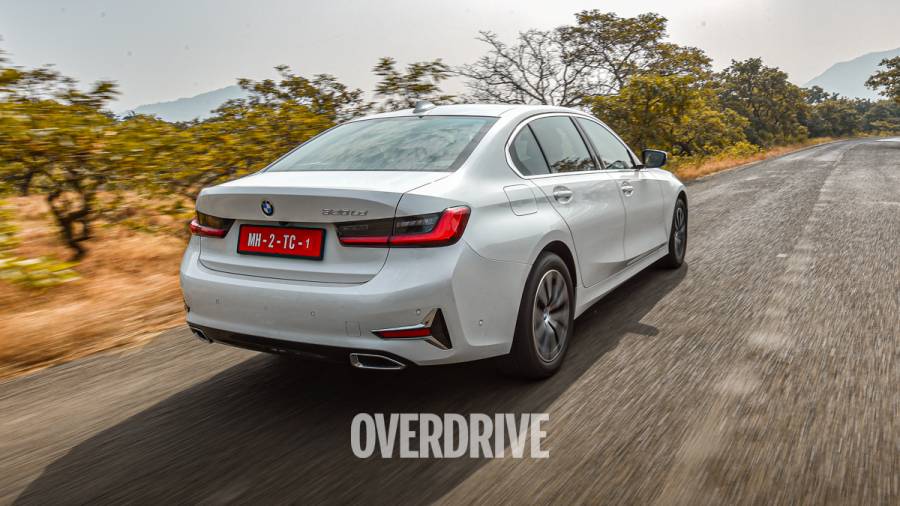 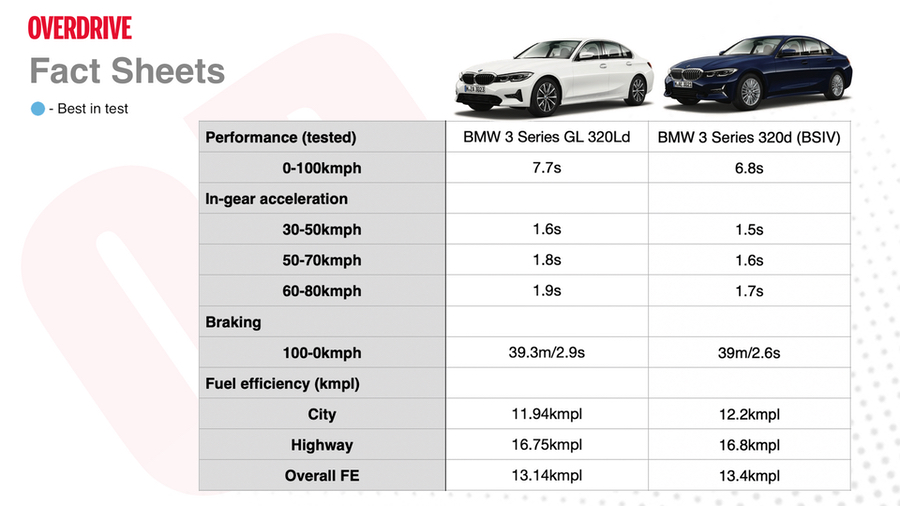 The engine is mated to the slick 8-speed ZF transmission and it remains just as enjoyable and telepathic as the athletic standard sedan. When you are in the mood to take on the wheel, there are Eco, City and Sport modes to choose from, which will sharpen the throttle and gearbox responses and you will seldom need to touch the paddle shifters. In fact, despite the additional wheelbase, the physical braking and engine braking is tuned just as precisely as you would expect of a BMW, and its progressive nature means that you can enjoy a peaceful nap in the rear seat irrespective of where you are being driven - city or highway. Verdict
Long wheelbase versions simply work in the Indian market, and this could be one trend from China that we could see spreading across Indian luxury car brands as we go forward. In India, luxury saloons like the 7 Series (and its competitors) have only been offered in their LWB formats, the stretched E-Class has been a runaway success, luxury SUVs are exploring this option too - and so it is only safe to assume that the 3 Series Gran Limousine could become the best seller for BMW India, despite the premium it charges over the lovely, lovely 3 Series sedan!