We've just got off a quick ride of the brand new Bajaj AS150 and here are some answers to the biggest questions. 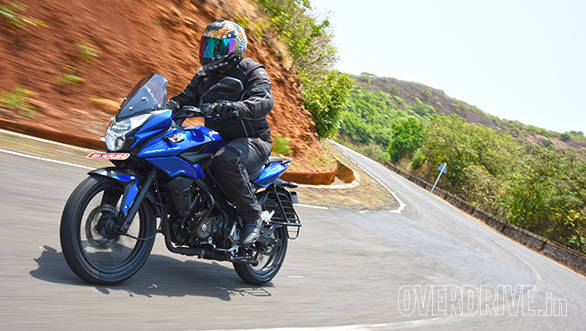 1. Is it really an all-new Pulsar?

Yes, that's what this brand new long stroke (56x60.7mm bore and stroke) engine produces, a number which is closer to the more advanced liquid cooled motor from the R15. However the compression isn't very high at 9.7:1 which means it shouldn't be too stressed an engine. 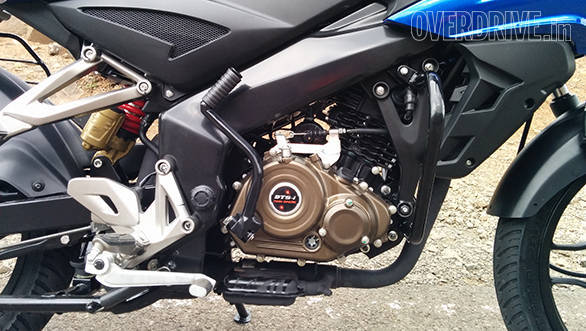 The immediate riding perception is that the engine sounds rather thrashy. But then you soon realise that it isn't actually generating much vibration and even close to the 9500rpm redline there's just a mild tremor through the bars and seat that can be easily overlooked. Heavy and effective bar end weights keep the tall clip on bars relatively vibe free. So it's just a matter of time getting used to the fact that while the engine may sound stressed it's actually running quite happily. The power delivery is very linear low down with a good surge arriving at about 6,000rpm. This builds till close to 9,000rpm where it starts to taper off and you'll want another gear. Unlike in the AS200 you'll only find five gears in the 150 and the gearbox is typical Bajaj, super smooth without much feedback. The clutch lever is also friendly and light. Performance wise the twin-spark engine in the Pulsar AS150 allows it to accelerate nearly as quickly as it's more premium competitors like the R15 and CBR150R and Bajaj claims a top speed of 110kmph. But since we were riding on the constantly undulating and winding roads to Lavasa and didn't have time to test the bike we can't give you exact numbers for now.

So it shares the NS frame. Are they dynamically identical then? 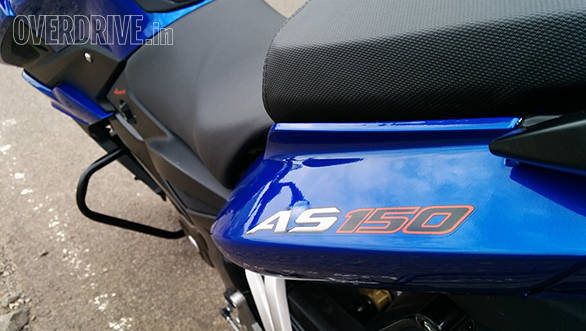 Not quite. As soon as you sit on it, the AS150 feels very similar. There's the same high clip on bars and the comfortable but slightly canted forward riding position. The differences between this bike and it's bigger sibling is that it gets a smaller 240mm front disc and and a 130mm rear drum. Performance is adequate but not quite up there. The lever feels soft and under hard braking will come very close the throttle and meet your fingers. The tyres are also smaller with an 80 section front and a 110 rear. 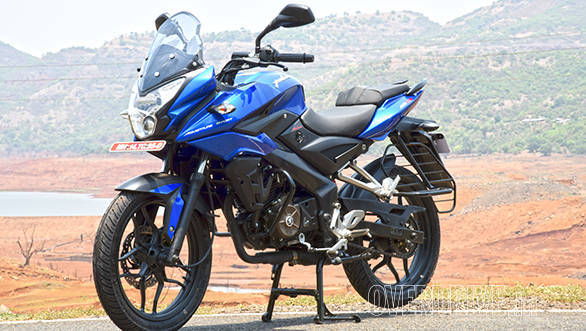 Despite having the same frame and dimensions the 150 doesn't have quite the same sharpness we expected. This is down to softer suspension that Bajaj has elected to go for keeping in mind the target audience who spends most of their time in the city. At low speeds it is a comfortable and reasonably absorbent bike but once you start to up the pace, the chassis feels a little loose and fidgety particularly on quick direction changes. The chassis soon settles in and the MRF Zappers provide enough grip but it's not the most satisfying handler in its segment.

It looks a lot cleaner than the RS 200 though Absolutely. The design is harmonious and the new front gels well with the NS' rear. The screen is at just the right height to be effective but without causing any buffeting. But there are still some busy elements with plastic panels of different finishes along the bodywork. While the bike feels well built, there are some issues with finish in uneven panel gaps and in some spots, large gaps within the panel meeting points. Overall though it is easily the nicest looking motorcycle in the Pulsar family.

A big step ahead for the Pulsar? 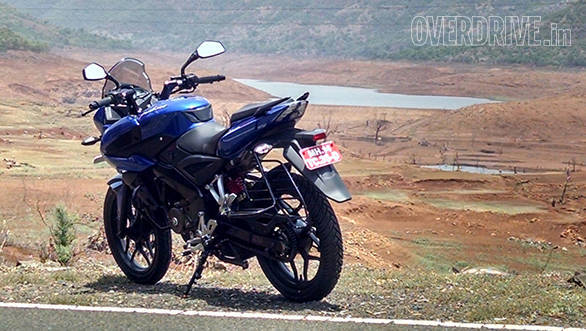 Definitely. For Rs 79,000 ex-Delhi the Bajaj Pulsar AS150 costs about Rs 9,000 more than the old Pulsar 150 which will remain on sale. For the extra money you get a massively improved package with features like the perimeter frame and a projector headlamp. Not to mention the strong performance that will probably be the segment benchmark in this price range. It's a fun motorcycle to ride and while it may not be as rewarding as we'd have liked it is definitely a big step ahead for the Pulsar 150. 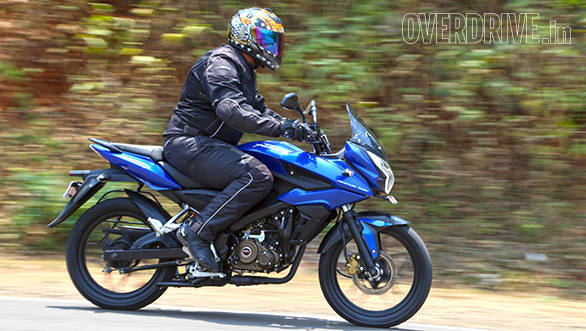 Read our review of the Bajaj Pulsar AS200 here. 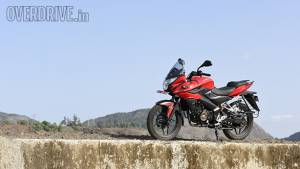