We've known that a turbo-petrol engine has been coming to the Altroz for a while now, and though its 1.2-litre 3-cylinder turbocharged engine isn't new to us - we've experienced it (albeit in its full power/torque configuration) in the Nexon before - in the lighter Altroz and paired to a 5-speed gearbox instead of a 6-speed, it promises to be more fun than the regular 1.2-litre naturally-aspirated Altroz, or even the torquey diesel Altroz. But does it live up to the iTurbo badge on its boot? 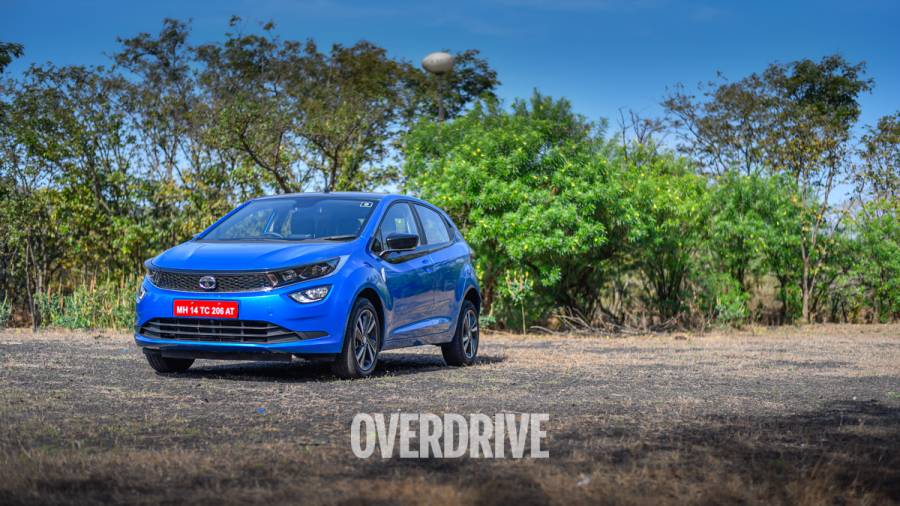 Getting the technicalities out of the way, while some may question why the full 120PS/170Nm outputs of the 1.2-litre 3-pot weren't realised for the Altroz instead of its current 110PS/140Nm, Tata tells us that the 5-speed manual gearbox chosen for the application, considering the weight and cost penalties involved in going with a 6-speed MT, can handle up to a maximum of 140Nm. So there's the first part of that answer. Tata also says that these figures were deemed appropriate for the Altroz, which is up to 15 per cent lighter than the Nexon, with the engineers wanting to balance response with fuel efficiency, with extra emphasis on keeping the torque curve flat. 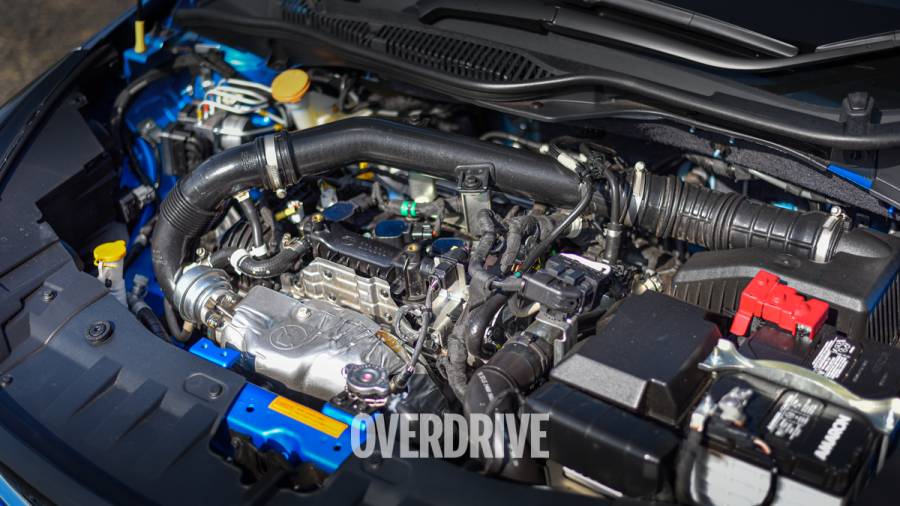 Still, with the iTurbo weighing between 13-39kg over a corresponding variant of the regular petrol Altroz, but with between 24-28 per cent more power and torque, the car does have a comparable power-to-weight ratio, of 102PS/tonne for the top variant. Further, the 5-speed manual may be the same as in the NA petrol but with a tweaked final drive and a couple of ratios, to match the turbo-petrol motor's characteristics. Next, the iTurbo carries slightly tweaked damper settings to offset the weight, though it doesn't fundamentally change how the Altroz behaves. And finally, the software for the steering has been tweaked to provide better retainability. The Altroz on the whole also gains connected car tech, voice commands, and an Xpress Cool feature which winds the front windows down and pumps the cooling for a few minutes. So a cabin that was already spacious and comfortable just becomes more livable with. For our impressions of the Altroz, check out our review of the diesel variant here. You're probably here to see what the iTurbo is like, yes?

So, how does it drive?

Push the start/stop button and your first impression is of a 3-pot that settles into a near-silent idle, though you'll quickly realise that though vibrations are well-controlled near idle, this engine does sound a little wheezy as you take it through the rev range. Though, it must be said that the vibrations are still well taken care of. 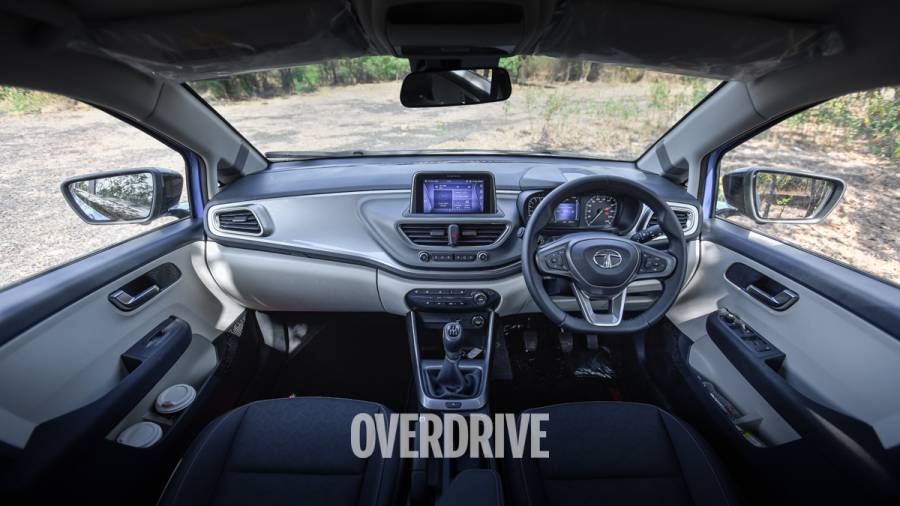 Now, despite it being the largest displacement turbo-petrol in the class, and that its power outputs are right up there, its torque output is much lower than its rivals (VW Polo 1.0 TSI, Hyundai i20 Turbo). All the talk about a flat torque curve comes back to you when you accelerate, with the iTurbo clearly being the most linear of the bunch, and conversely, the least exciting. Though the figures say peak torque is generated around 1,500 revs, you actually only feel the engine building steam properly around the 3,000 revs mark. And while it'll make the trip up to just short of 5,700rpm, it doesn't sound the happiest, even though in the City drive mode there is a spike of power just under the 5,000rpm mark. Of course, you're not likely to be driving the iTurbo with your foot planted to the firewall all the time. In regular bumper-to-bumper traffic, the gearing seems pretty spot on, even allowing you to tackle speed breakers in second gear. What you will feel, however, is the need to go up to around 3,000rpm and above to make quick progress and overtakes. Under that, it's just about adequate to keep up with traffic. That being said, the Altroz iTurbo also exclusively comes with a Sport drive mode replacing the Eco mode of the regular car. And you feel the difference in Sport mode. The engine instantly becomes more eager to inputs and pulls harder between gears as well. Not surprising, considering Tata claims Sport mode offers 25-30 per cent more torque than the City mode. 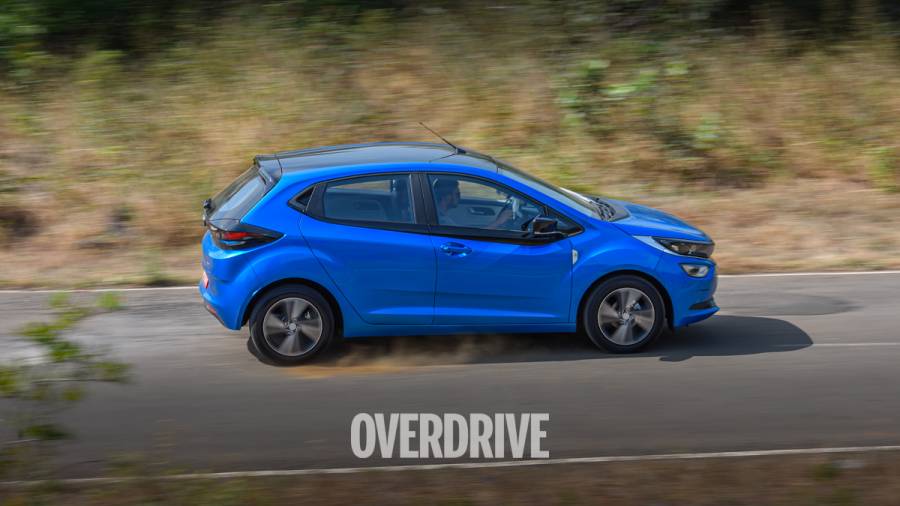 As for how the engine fits into the Altroz drive experience, one that we know to be sure-footed and quite capable of holding its own through a string of corners? Well, the improved throttle response certainly makes it easier to drive quick, with the car responding to your inputs as you'd expect. And while the Altroz does have some heft to the steering, and it feels like a heavy car, there actually isn't a lot of mass transfer under braking or when you're cornering hard. Though, you do have to keep in mind that you need to be above 3,000 revs to really get anywhere quick. 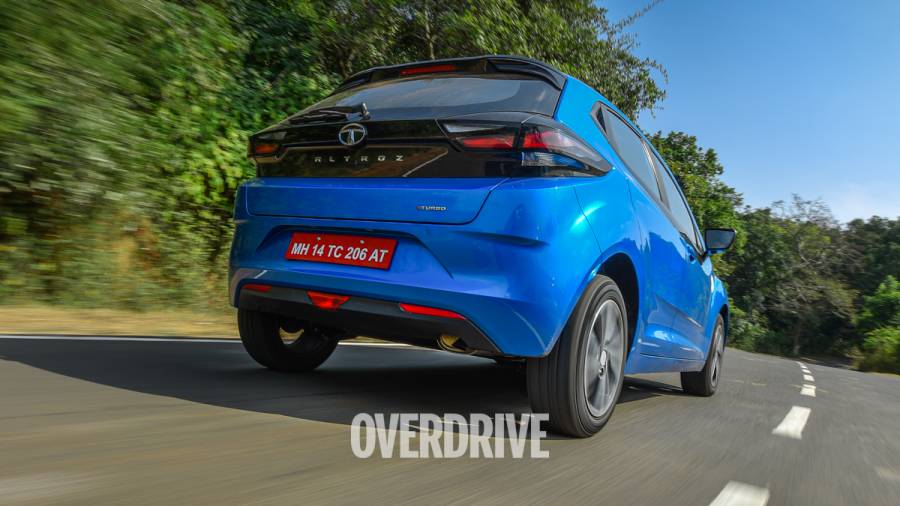 In our testing, we managed a 0-100kmph run in 12.7s, which is quite a ways off the claimed 11.9s. Its roll-on acceleration timings were also average, but where the Altroz iTurbo shone was in our fuel efficiency testing. Likely a result of the larger displacement, but the iTurbo easily outdid everything else we've tested in the class on the highway, with an excellent 24kmpl figure at a steady 100kmph, further only dropping to 15kmpl in the city. As for braking performance, the disc/drum combination (unchanged) brought the iTurbo to a halt from 100kmph in 44.1m and 3.1s.

The Altroz iTurbo is available in the top three variants of the Altroz, the XT, XZ and XZ+. We estimate a price increase of Rs 75,000 or more over a corresponding petrol Altroz, and if that price expectation is matched, then the turbo-petrol becomes the easy pick of the lot, considering the extra features the 2021 Altroz gets in any case. Despite the slightly lacklustre low-end performance, and NVH, the improved response of the iTurbo makes it the one to drive if you want more than just a point A to point B city car. Now, the only thing left is to see when Tata's much-talked about DCT makes it this car.