Mercedes is all set to reintroduce the A-Class in India bringing back the car that was once its entry point for consumers into the 3-pointed star family with the A200 and the A200d. The new A-Class though is no longer a hatchback, Mercedes-Benz India smartly opting to go with a slightly longer wheelbase 3-box version that's intended to attract an audience looking for more value from a compact package. 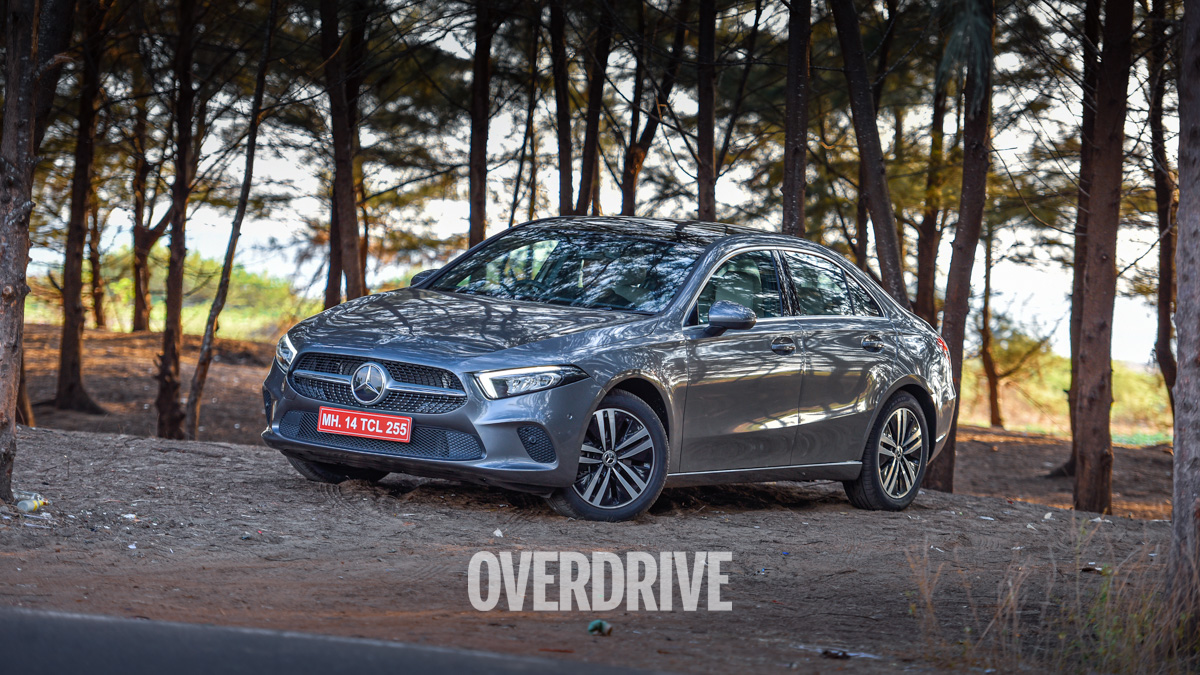 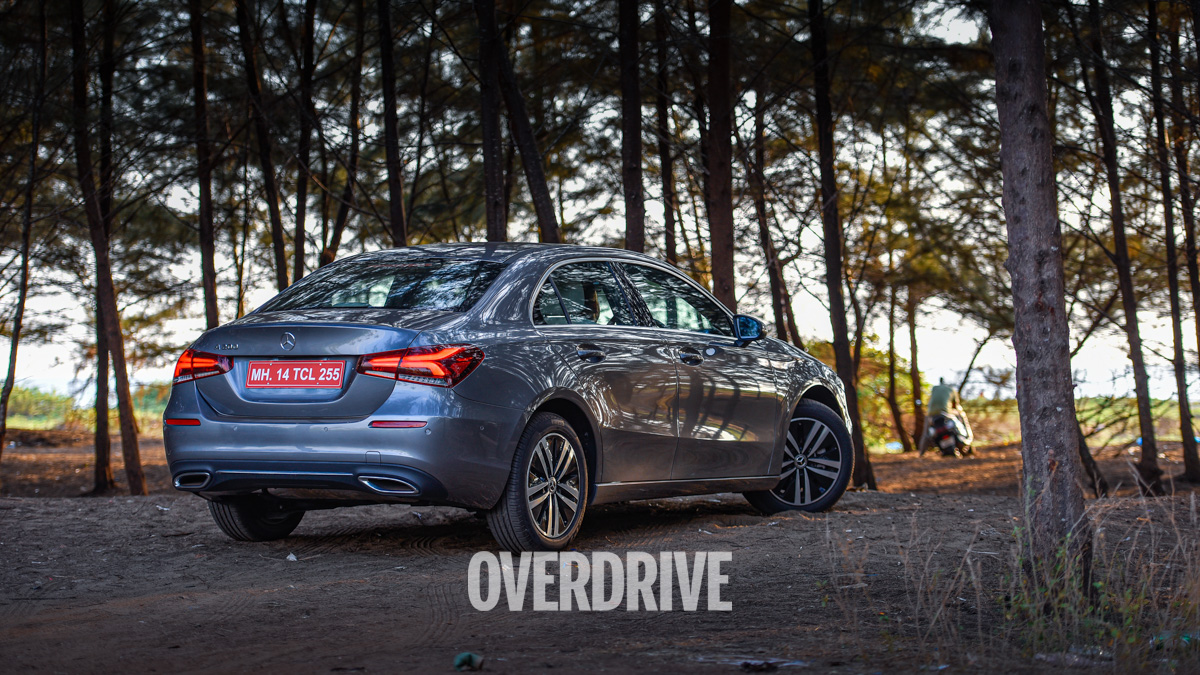 Just how compact is the A-Class, or how long is it? At 4.54 metres in length, its just half a metre longer than a sub 4-metre compact vehicle in India, and yet once you get inside the cabin, the thought that this is a small car seems absolutely ridiculous. And that is perhaps why, Mercedes-Benz India is attaching the moniker Limousine to the end of the nameplate in all its communication.

The A-Class is a spacious car, you step into the cabin and irrespective of which seat you find yourself in, you don't think of it as small any longer. The rear knee room is enormous, and at almost 1.8 metres wide, there is enough shoulder room for three passengers to sit abreast on the rear bench were it not for the transmission tunnel sticking out of the floor. There is a reason why the transmission tunnel sits as high as it does, and that's because there are versions of this car like the AMG with all-wheel drive, and this is the space for a drive shaft that transmits power to the rear axle to be housed. Easier to make just one iteration of the chassis rather than two. However, countering this and bringing such enormous space to the cabin is the front-wheel-drive architecture of the A-Class. Since the engine sits horizontally (unlike most other Mercedes-Benz passenger cars where the engine is situated longitudinally) with power being delivered to the front axles in most variants, sans the AMG, the firewall can be shifted further forward, liberating more room within the cabin. 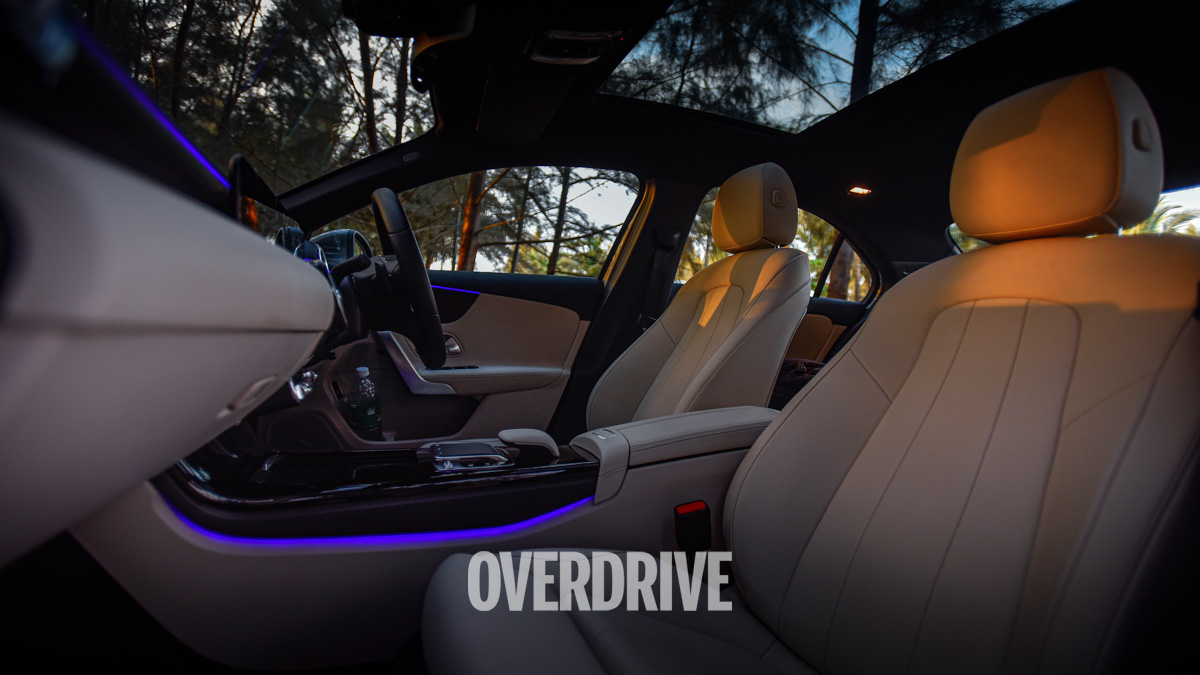 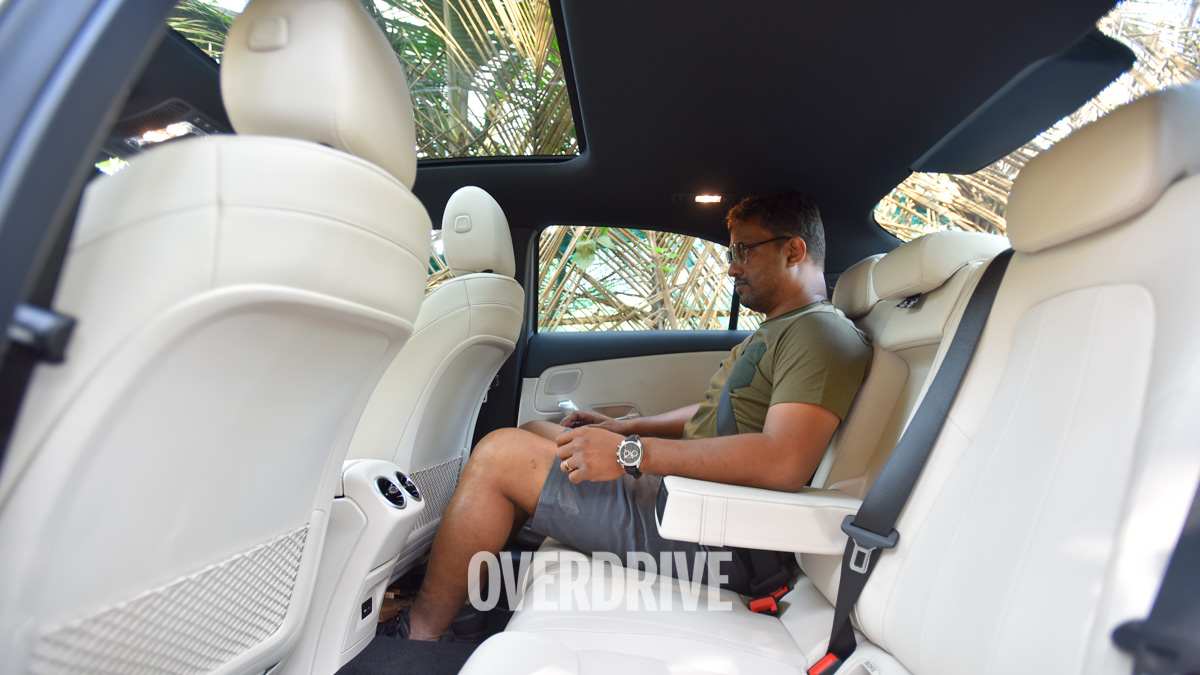 Had they to really mean the word Limousine, that transmission tunnel space would have been better utilised to create an S-Class like effect, with cupholders and all, which would make it a strict four-seater but would have complemented the Limousine badge limitlessly.

While the space is astounding the rest of the car has turned out just as Mercedes-Benz intended it to be. The cabin of the A-Class has the same feel and finesse as any other Mercedes-Benz. The A-Class also now gets the floating screen that sits on the dashboard extending from the centre of the car all across the driver's eyes enveloping the infotainment controls and the instrumentation. It's all hi-def, LED, with touch-sensitive areas and it feels fabulous. It has also got the latest version (New Telematics Generation 6) of Mercedes's native connectivity suite 'Mercedes me' which also includes Alexa and Google voice integration. And it works flawlessly, once the integration is done, bringing far more ease and convenience to the whole package. The Alexa and Google bit feels gimmicky right now, there is a limited set of capabilities the feature has and there really isn't much value just now. The list is however expanding and this is Mercedes preparing for an autonomous EV future where a lot more would be controlled by voice assistants while sitting at home. 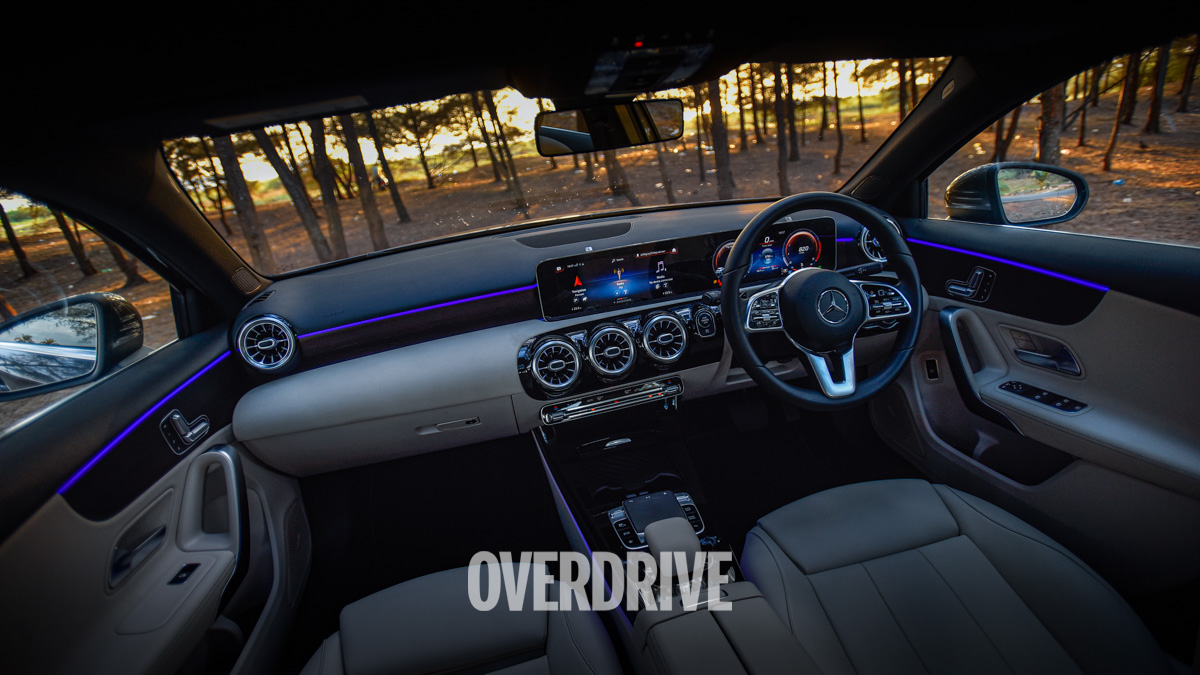 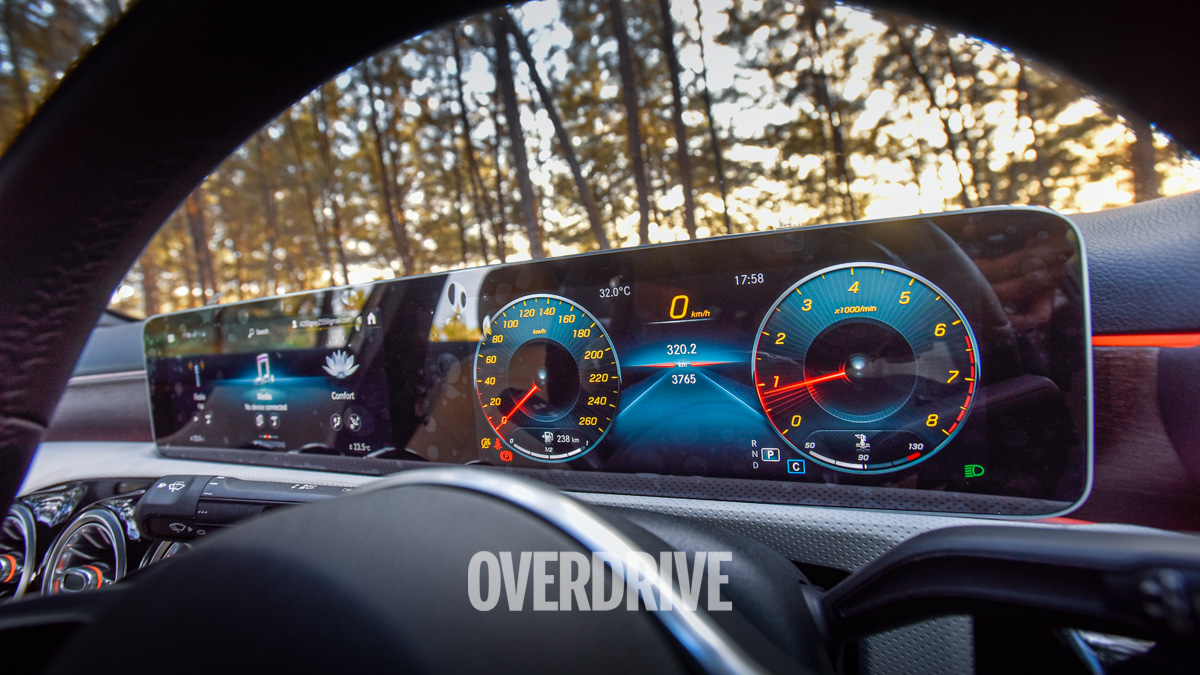 Mercedes-Benz India will offer three engine trims on the A-Class. There is the 4-cylinder 1.3-litre petrol in the A200 and a 2.0-litre diesel in the A200d. The third is the A 35 AMG 4MATIC, which houses a 2.0-litre 4-cylinder turbo petrol motor capable of whipping out over 300 horses. The real blockbuster here though is the 1.3-litre turbo petrol, the very first time this engine is being used by Mercedes in India. This very engine was co-developed with Renault to be used by both manufacturers. It's one of the smallest engines Mercedes-Benz has ever developed and is an absolute gem. It's got some interesting tech on-board too, like cylinder deactivation on the second and third cylinder, and an engine particulate filter. This DOHC unit has an engine bore of 72.2mm and a piston stroke of 81.4mm and uses dual overhead cams. All this is an effort to balance out efficiency, and emissions without compromising performance. Efficiency by the way as claimed by Mercedes-Benz India for the A200 is 17.5kmpl which is impressive for an engine that makes 163 horsepower and 250Nm of torque.

So what does the A200 feel like on the move? Powerful! There is no turbo lag, and when it does spool, you get a fistful of power and torque that propels you forward instantly. That's also because the architecture is front-wheel driven, so fewer losses and better efficiency compared to an all-wheel-drive unit, though a rear-wheel driven one would have been quicker. There are multiple driving modes available from an economy mode to a normal and sport mode and each mode brings different engine maps into play to serve the said purpose. However, in no mode does the A200 feel like its power delivery has been restricted. Step in the throttle and power delivery is instantaneous. Drive it sedately and the car will engage the right gear from the 7G-Tronic transmission to get you the best efficiency and refinement. The latter though is the one area that could do with a bit of tweaking, the 4-cylinder at work can be heard clearly inside the cabin and it isn't as muffled as it is in say, the C-Class. You do hear the revs build-up, especially if you're in the normal or sport mode and only economy mode subdues the engine note significantly. Nonetheless, this is an absolutely breathtaking motor, despite its small capacity, it's a proper workhorse, and a good fit for the A-Class. 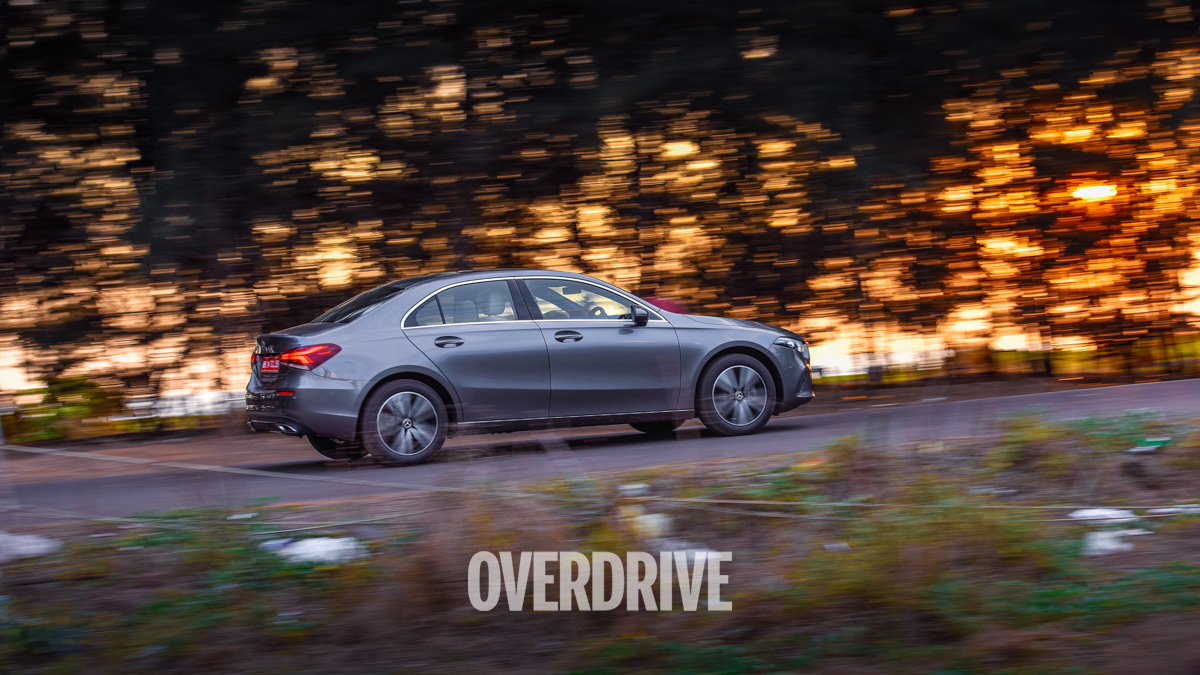 Then there is the diesel, the 2.0-litre turbocharged diesel is not new to the Mercedes fleet. Known as the OM654, this diesel is a much lighter engine with better fuel consumption and refinement than the previous-gen diesel it replaced, the OM651. It can be found in various other cars in the Mercedes fleet namely the E-Class and even the GLC, GLE and several others. Its biggest claim to fame is that its already Euro 6d compliant which is the next stage of emission norms in Europe, and one with far more stringent parameters defining it. In the A200d this engine is coupled to the 8G-Tronic automatic transmission.

In the A200d it's a masterstroke, it's a small compact engine, it makes 150 horsepower and 320Nm of torque, its ideal for front-wheel driven cars and its performance is nothing short of brilliant. It's both, more fuel efficient than the petrol with a claimed efficiency of 21.35kmpl and makes the car pretty quick too with Mercedes claiming a 0-100 time of 8.2 seconds, which's just 0.1 seconds slower than the A200. The surprise in the bag is the refinement, this engine at tick over has little to no noise that penetrates the cabin. Even as the revs build up, the cabin feels impervious to the noise outside, even road noise is muted to an extent, though as speeds build you can hear the tyre noise off the road. Mechanically though the refinement and responses are impressive and if you're one of those living in the National Capital Region, it would be a real pressure test to choose between the petrol or the diesel. Coming to the ride and handling, the A200 or the A200d isn't the typical Mercedes-Benz suspension setup, though the characteristics are, slightly firm but with some exemplary comfort levels and poise over any road condition. The not so typical is because this car does not have AIRMATIC or any advanced suspension systems. It makes do with a standard McPherson set up at the front with gas-charged shocks and a torsion beam at the rear and a stabiliser bar. It's just been tuned to come as close as possible to what larger more expensive cars in the Mercedes fleet provide. It also has larger aspect tyres. Damping and absorption are superb, you barely feel the car ride over surface deformities, though on larger speed breakers the underbody could scrape and the suspension rebound is limited. On a couple of large speed breakers and there were quite a few we encountered on our drive in Goa, we did scrape the underbelly with a total of three occupants in the car.

The steering weight is impressive, it is light at low speeds and gets more direct and precise as speeds increase, though there isn't much feedback. Handling too is impressive, but I wouldn't push this car too hard to seek its limits, that is not what the A-Class was meant to provide. The AMG, that's another matter entirely and I can't wait to get my hands on it! 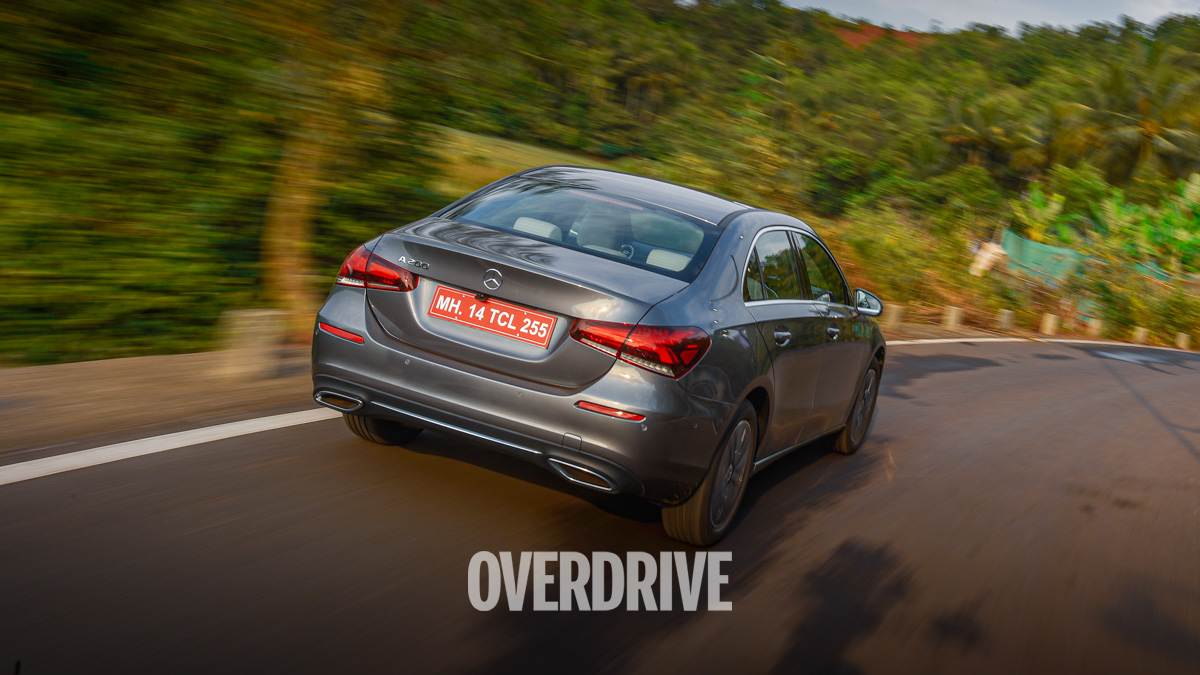 Overall the A-Class is an impressive package, It's a gorgeous car, it looks elegant, has the length and stance to impress, has fantastic feature sets inside a surprisingly large cabin, a good engine mix that's efficient and powerful, and it rides as any other Mercedes-Benz does. We expect to see it priced around the Rs 45 lakh mark, give or take a couple of lakhs above or below. It's a reasonably sweet spot to be in, and one that gives easier access to the world of luxury motoring that Mercedes-Benz is known for. A sedan in this space is perceivably better value and the A-Class Limousine should be just what you may have been waiting for. 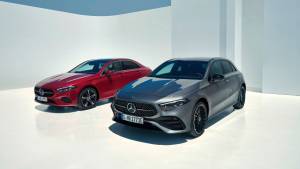 A Ride to Remember - Frame The Star... 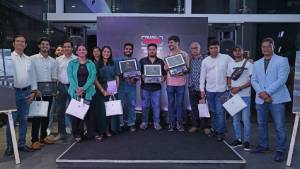