The Mahindra XUV300 was one of the first of the sub-four-metre SUVs aimed at a more high-paying customer when it launched in 2018. Its mix of segment-first conveniences and a class-leading safety proposition has been reasonably successful at making it a steady-seller, although segment-leading success has been elusive with the consequently higher price tag. Mahindra addressed that to an extent with the AMT gearbox for the diesel in 2019 and a price correction with the BSVI switchover. Completing the line-up is this, a petrol-AMT iteration of the small Mahindra. 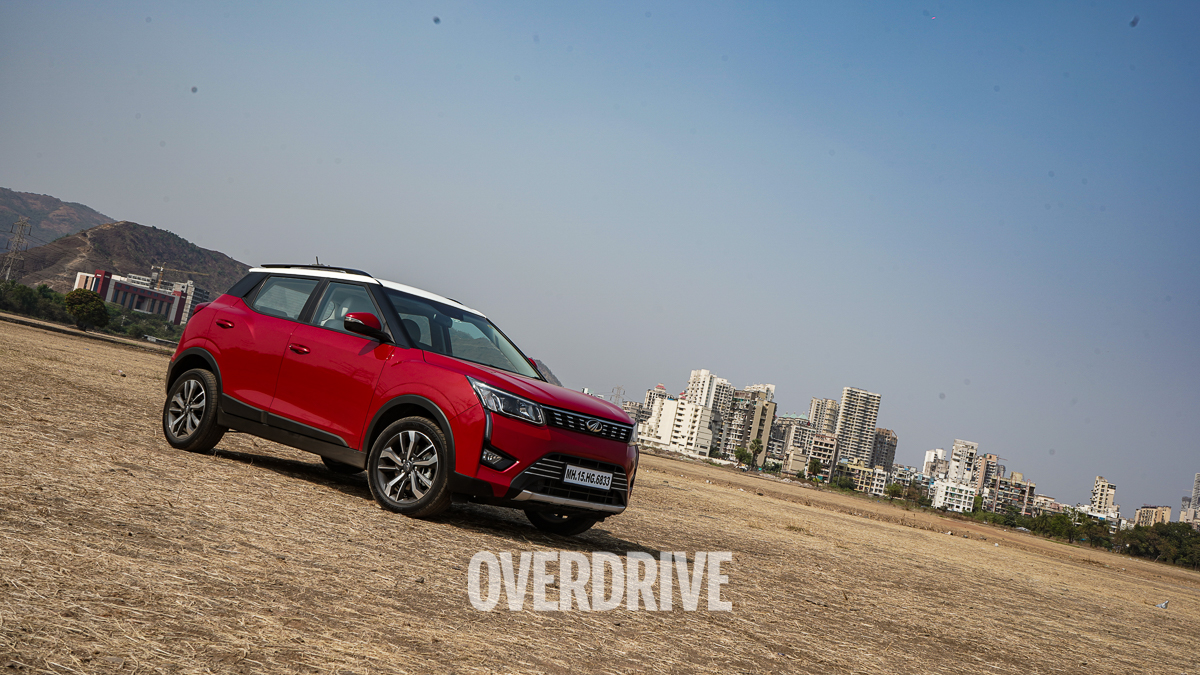 The six-speed AMT here is the same Marelli-sourced unit as the one in the diesel. We came away impressed with this unit's intuitiveness in the diesel and that thought continues here too. In regular use, the gearbox doesn't draw much attention to itself, swapping cogs reasonably quickly and seamlessly. In heavy traffic the built-in creep function works quite well, moving the car along without any input at up to 10 kmph. Although, this also means that you will have to sometimes exercise caution in stop-go traffic.

Only under heavier throttle inputs, like during overtakes or out on the open road, do you notice the typical AMT headnod. But even here, the sensation is well-controlled and the shifts themselves are still timely and quick. Also unlike some other AMT gearboxes, this one will let you rev right up to the 6,500 rpm redline. The hesitation seems a bit more pronounced here than in the diesel though, but that could be due to the lower torque rating of this engine. 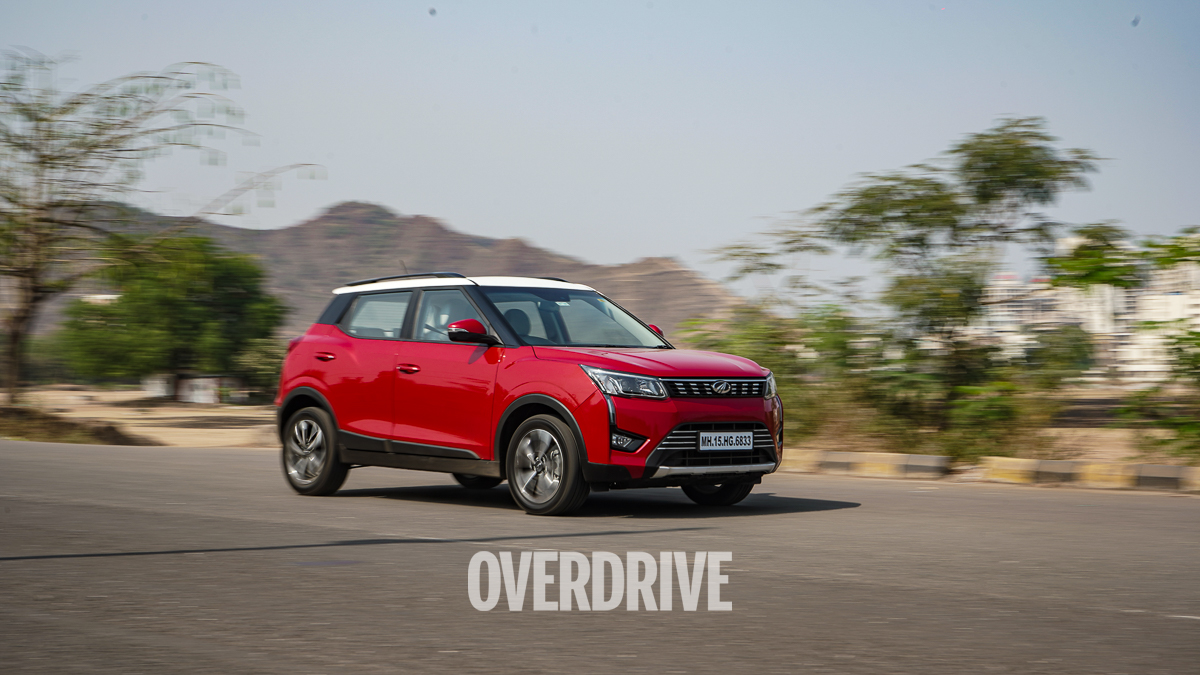 Having said that, the 200 Nm torque output from this 1.2-litre turbo petrol is the highest of any other petrol SUV in this segment. But the underlying sense from this 110PS motor isn't one of the mid-range turbo thrills you would associate with these numbers. On the contrary, this three-cylinder motor is exceptionally silent under most usage with no vibrations felt through the pedals or steering wheel. There's not much punch below 2,000 rpm though, so progress is slightly lethargic here. Past this, you have a steady supply of torque up and over 5,000 rpm. It isn't exciting but is quite effective in daily usage. The lack of low end response, coupled with a sedate throttle pedal sometimes seems to highlight the gearbox's inherent AMT characteristics a bit more too. We feel a more contemporary gearbox technology, as on rivals, may have suppressed this better. 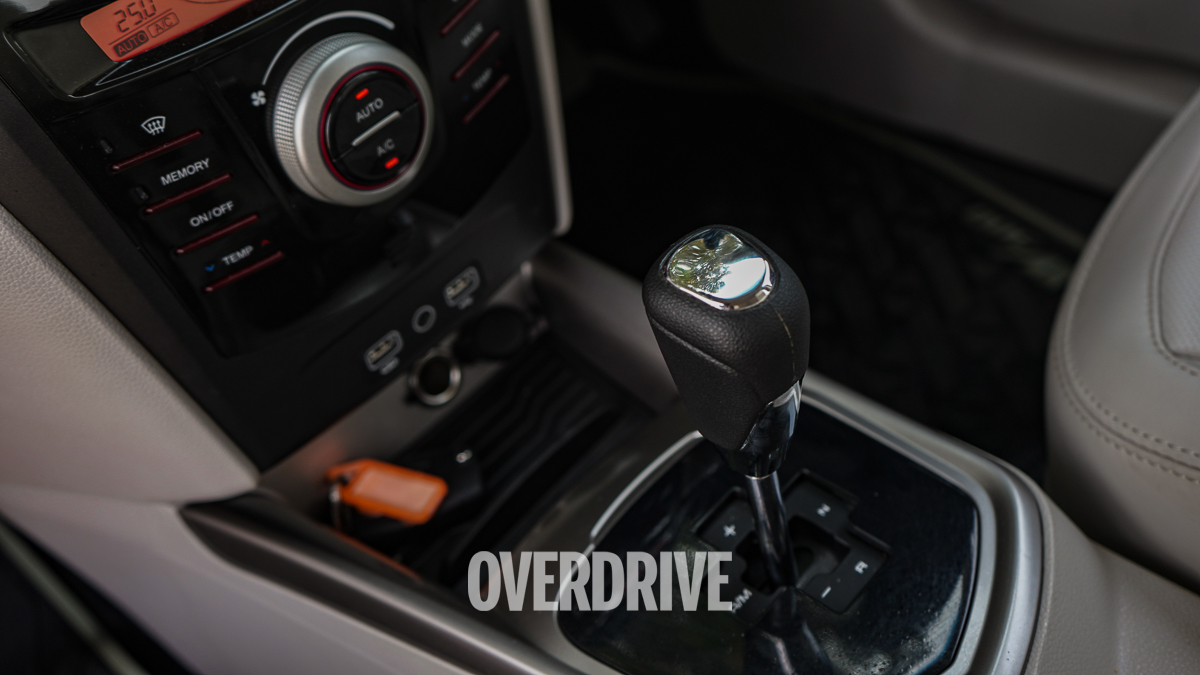 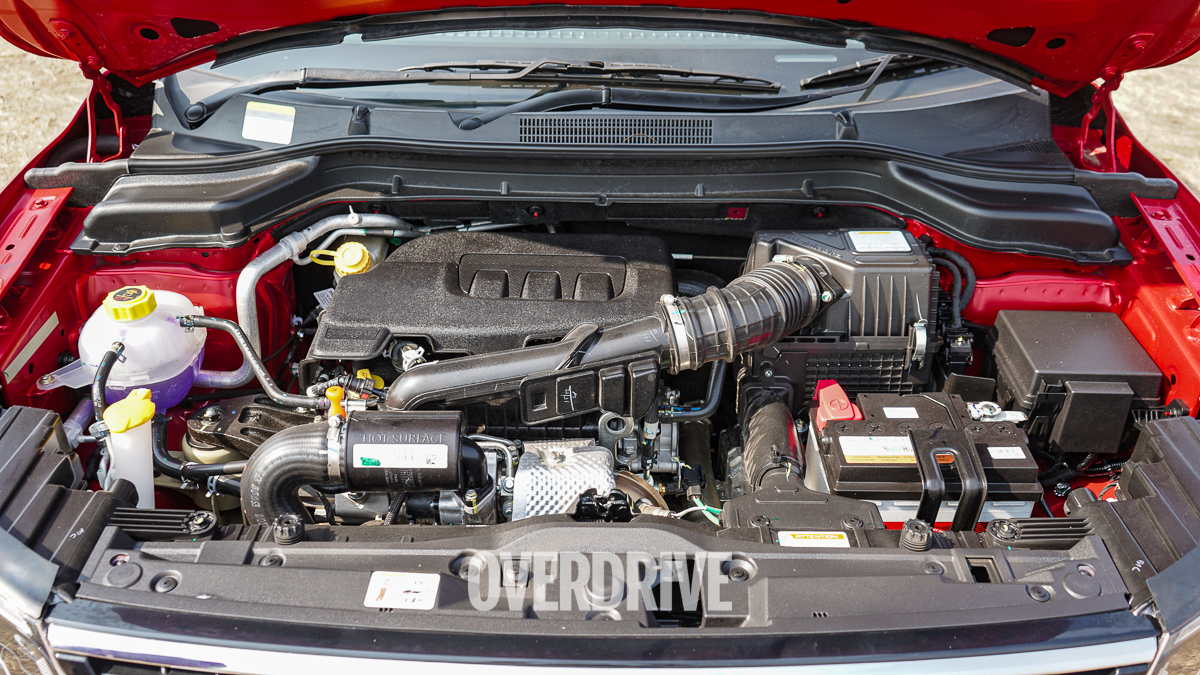 The rest of the driving experience remains unchanged from other XUV300s we've driven before. So you have a suspension setup that is very adept at keeping out bumps and potholes from the cabin under most circumstances. Only at higher speeds does this generally soft setup show some shortcomings. It seems overwhelmed by high speed directional changes and obstacles, where some unwarranted body movements show up. Mahindra also seems to have added some general heft to the steering, correcting an earlier complaint we had with this SUV. Of course, the steering modes remain as they were.

As for the how it feels to sit inside the XUV300's cabin, not much has changed. You now get a sunroof from the mid-spec W6 variant onwards but the largely spacious cabin with the well-supported seats and extensive features list remain. A new addition is that of the BlueSense suite of connected-car features on the top trim. But with the new entrants in this space, we would have liked to have seen an improvement in the sense of quality inside, made more apparent by the oddly styled centre console. Notably, the XUV300 is the safest car in India with its 5-star adult safety and 4-star child safety Global NCAP scores. 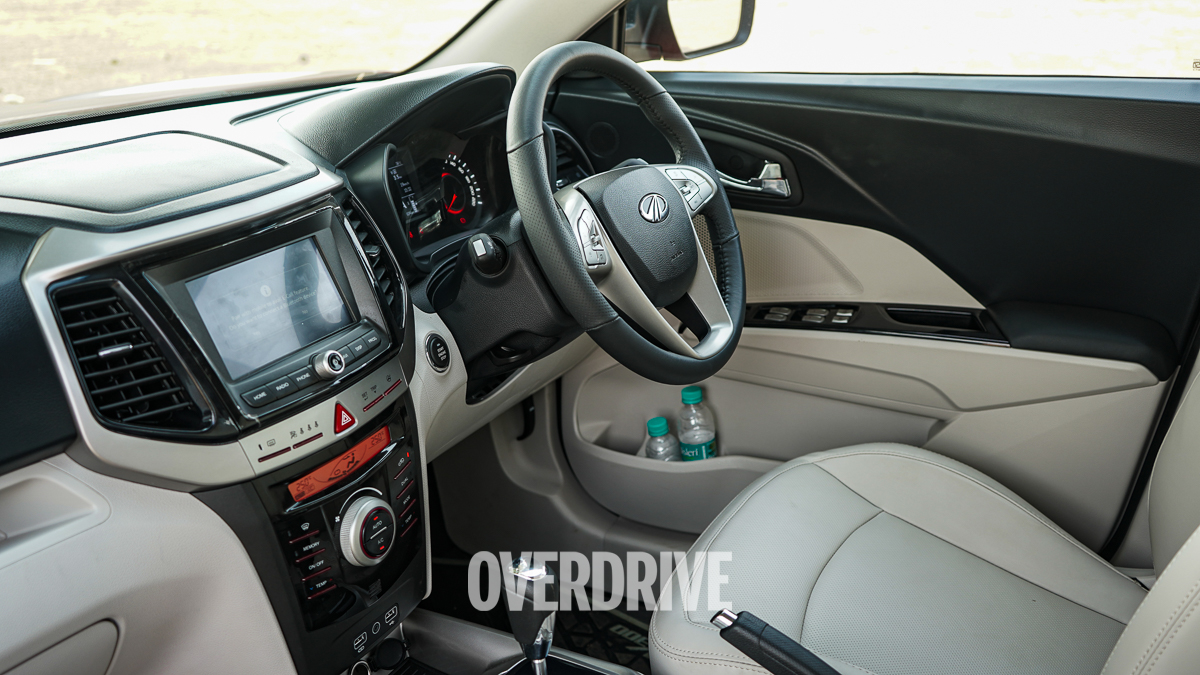 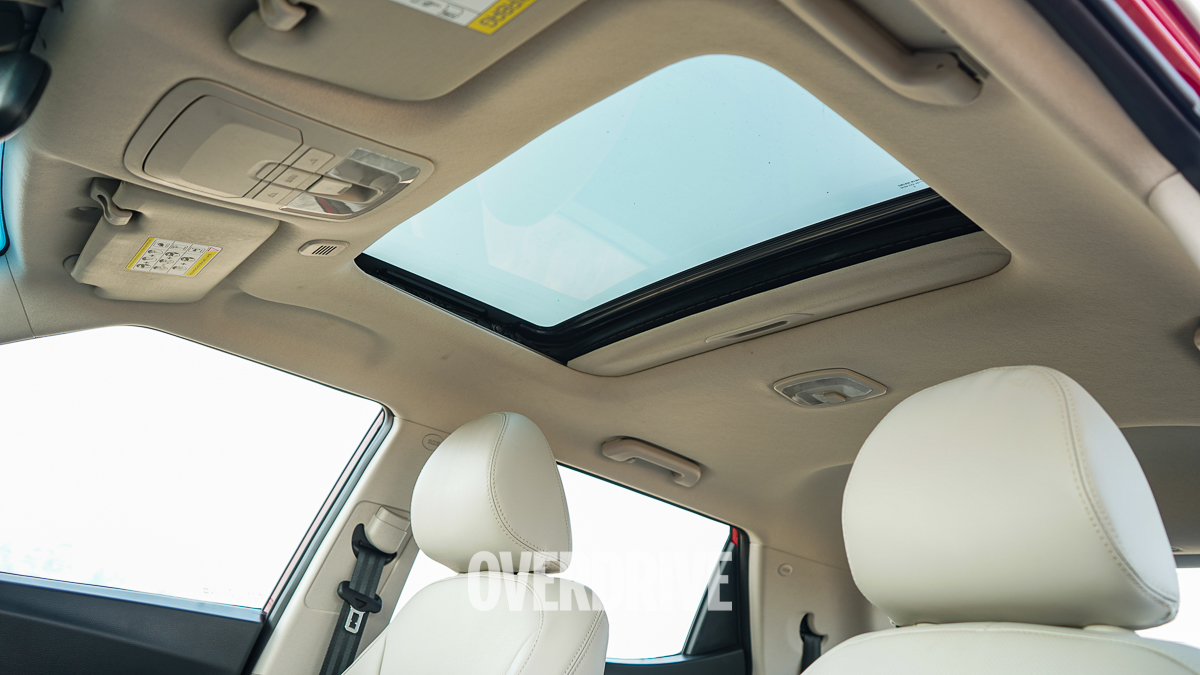 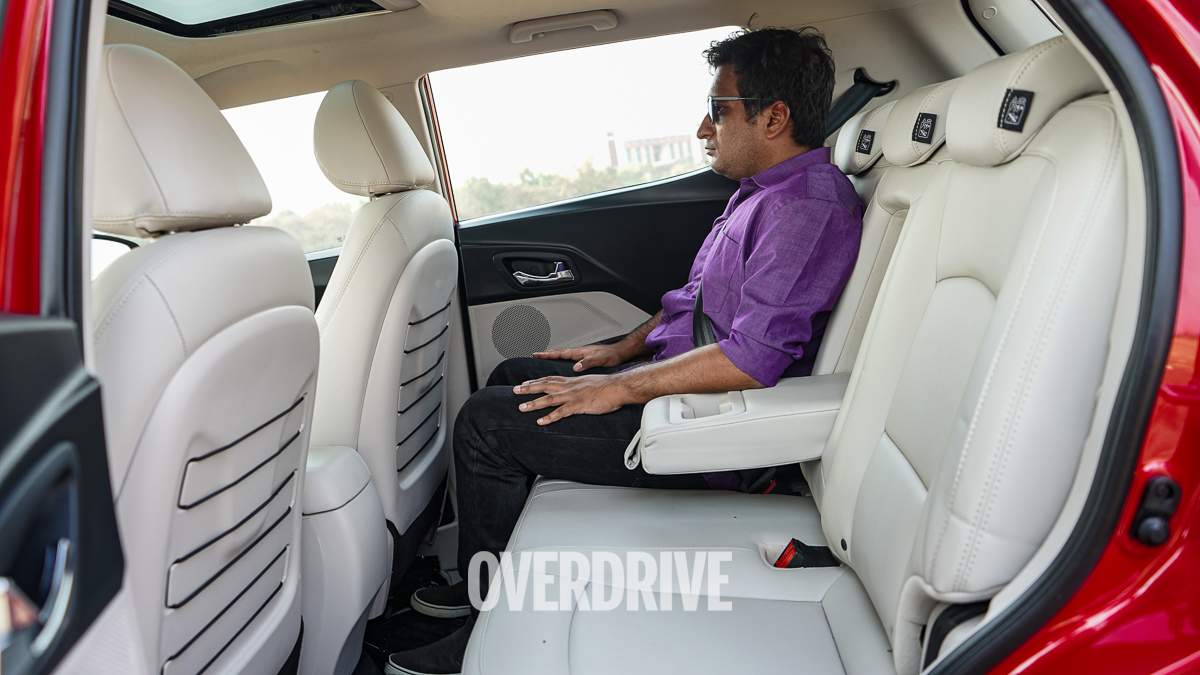 The looks of the Mahindra remain identical too, the only addition being that of two new dual-tone colour options. So we like the striking LED light signature and large airdam in the front, although bringing the X100 platform from the Ssangyong Tivoli under four metres has led to an awkward rear section, and culled bootspace.

At a Rs 55,000 premium over the manual, prices start from Rs 9.95 lakh, the petrol AMT continues to be an expensive proposition especially when similarly-priced competitors offer more advanced gearbox options and a more contemporary interior ambience. But if you are looking for a safe, competent city car with some of the best comfort and features in this segment, this Mahindra is the one for you.